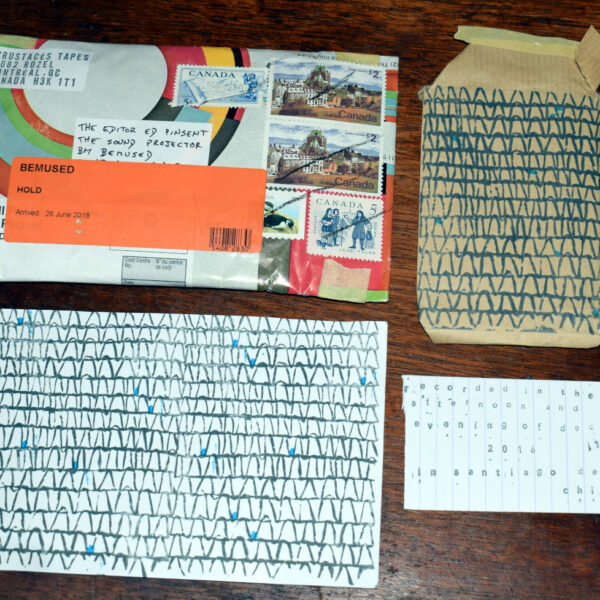 Always happy to receive a lovely cassette tape from Anne-F Jacques in Montreal. Her Crustacés Tapes label has been the home to many marginal and compelling snippets of sound art. She also puts due care and attention into her packaging. Last heard from the label with Film Walk in 2017. Today’s offering is called Atrapnieblas (CRUSTACÉS #10) and features Anne-F grinding her gears with Eduardo Astudillo, a Chilean noise artist and improviser who has recorded as Coleoptero. No indication of what instruments (if any) are used to create this non-specific growl and clumperage, but I prefer it that way; one grows a little jaded of seeing long credit lists in print, and the more detailed they are the more they read like an ego-trip for the creator. Atrapnieblas may or may not feature the rotating surfaces of Anne-F Jacques, but there’s also some long feedback tones which form a big part of the day’s picnic, and assorted click-clacks which resemble the work of a model boat-builder working hard at their craft. I tell myself that this music might be 100% analogue, by which I mean it’s refreshingly free from laptops and sound files, and it cheers me up to think that fascinating micro-noises are still available even to the unplugged (excepting that there might be an amplifier involved to get that feedback humming effect). Those engaged in the production of these detailed crunches and claw-snappers clearly found there was a lot of turf to explore, many things to say, and much common ground to be shared and celebrated. While the A side is variegated and busy, the B side manages to pull us into a lulling trance with its patterns and subdued tones. They did it over the course of a single day in 2016. La Caja Panamericana de Improvisacion, which I think is a concert series in Santiago, may have acted as the host. From 26 June 2018. 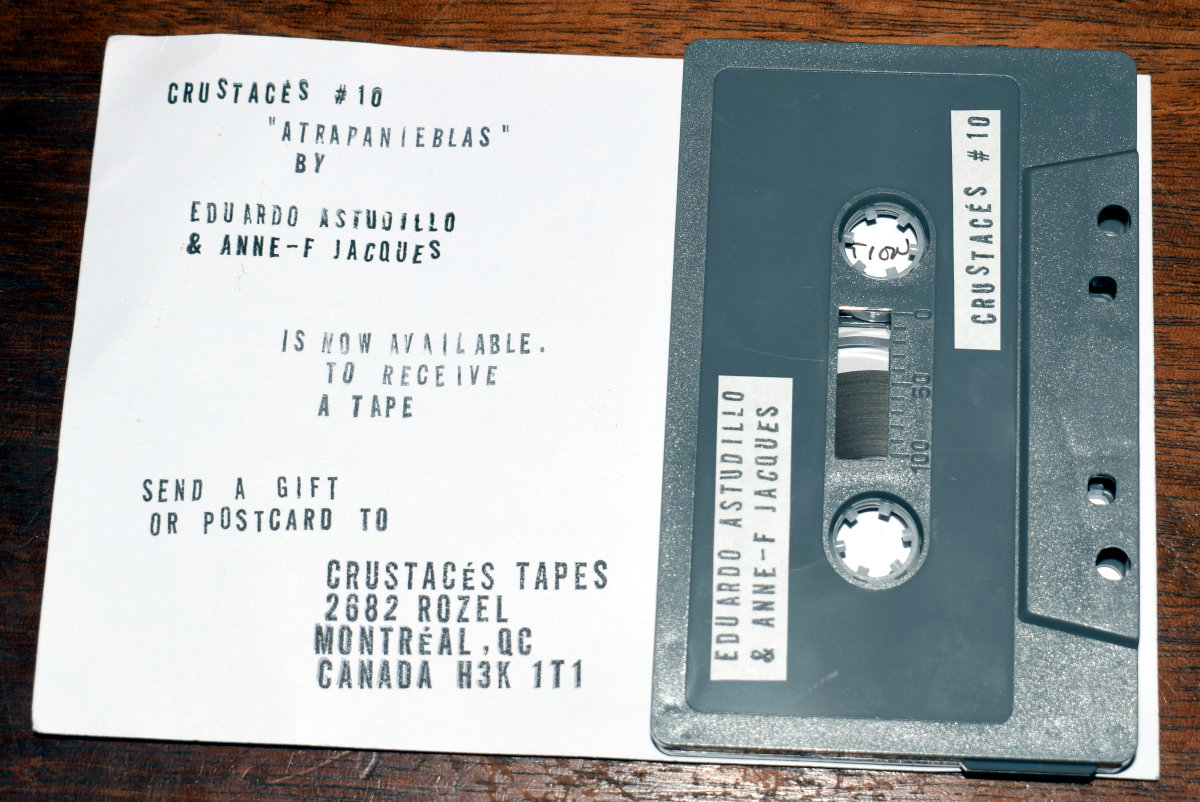