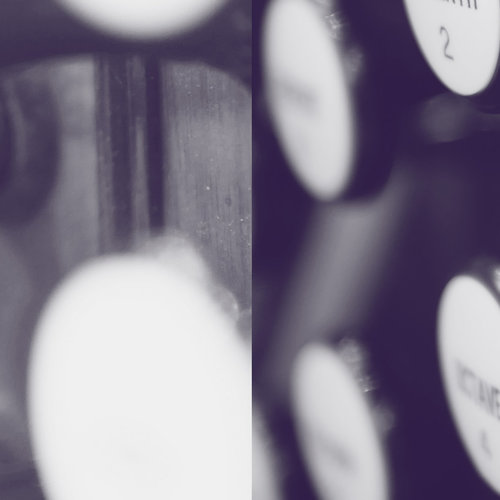 Created as a hybrid concert experience / sound installation piece, “123 Ranks” was composed by Olivia Block over 2016 – 2017 for the Skinner Organ at the Rockefeller Memorial Chapel in Chicago. Built by E M Skinner in 1928, the organ was built along with the chapel itself, and the title of the piece refers to the 132 ranks of over 8,560 organ pipes attached to the organ after its 2008 restoration. In the piece’s debut performance in April 2017, six speakers placed throughout the chapel played white noise, sine waves and pre-recorded organ sounds which interacted with the actual live organ performance while audience members were free to wander through the chapel, listening to the music and observing how the acoustics and the shape of the chapel space, along with other internal objects and materials, affected the sound of the whole performance.

Of course, on this CD we won’t be able to experience what the audience in that chapel were able to hear, see and feel but what we can bring to the audio experience in our imaginations, our feelings and moods, our expectations and any past experiences we have had of encountering sound art either in part or holistically can compensate for the actual physical involvement. This recording can be heard as background music (perhaps for meditation or some other activity) or as a soundtrack for inner exploration. It does have an intense inward focus in parts and where the piercing drone interacts with the rich organ sounds, listeners can almost feel uplifted into a higher dimension. Or, heard in a different mood and at another time, the sound can remind people of old science fiction films of decades past, in which spaceships sallied forth into the far reaches of the universe and landed on planets inhabited by giant insects or prehistoric beasties.

For the first 20 minutes of the piece, the drones can be very shrill and piercing but the music then drops into a more soothing and dream-like mode while background white noise seems to drift and waft like gentle waves upon a sea. The organ passes through moods that steadily become darker. Past the halfway mark, the sounds resume their intense probing quality but become mellow as the piece progresses. There’s quite a lot of interaction between the organ and the pre-recorded sounds in the latter part of the piece, resulting in changing moods and a slightly deranged quality in the droning organ sounds.

Admittedly parts of the performance can be overly long, even monotonous and boring, and Block does not reveal anything about church organs or church organ performance that we aren’t already aware of. If there is a quality to the instrument that might cast it in a completely different aspect to its traditional function as an accompaniment to spiritual revelation, meditation on the divine and appreciation of God’s grandeur, the composition does not uncover it. You hope that those who attended this particular performance felt some personal, intimate connection with the music and the chapel as the music on CD can be rather remote and forbidding.