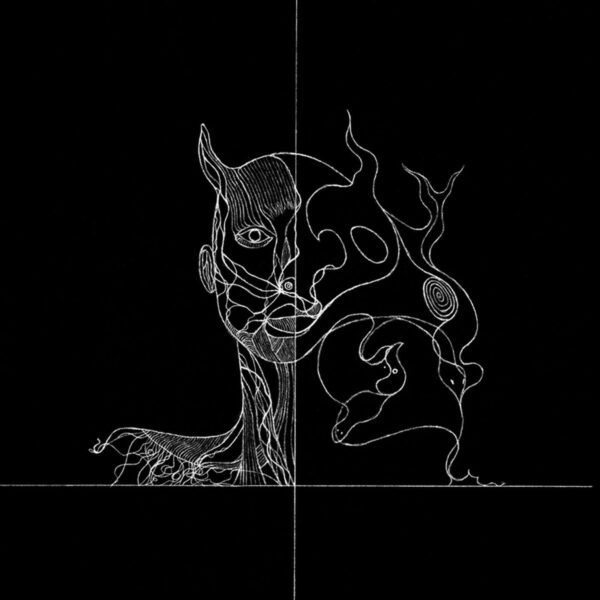 Sphyxion is the French duo of Frédéric and Oliver Charlot, and their 2 (ZOHARUM ZOHAR 166-2) album is a very enjoyable set of minimal beats and restrained synth noise, very much in the “cold wave” vein. We’ve heard the Charlots before performing as Maninkari, under which name they made a very unusual record called L’Océan Rêve Dans Sa Loisiveté for this label. Since that was all made with acoustic stringed instruments and percussion, some of them rather archaic instruments, it’s impressive to hear what a grasp they have of this form of dark abstract electronica, which you’d think would be at the antipodes of their ambitions.

Three women are thanked for adding “minimal voices” to the recordings; they whisper like ghosts in broken incomprehensible phrases; apparently this is part of the plan to suggest ambiguous narratives and weird tales, “fiction about events that have not happened”, according to the press note. Superb. I’m enjoying the utter simplicity of it; evidently our French friends know how to pare things down to the bone; the barest possible pulsating twitches and the starkest of dark drones, and they work their rhythm box for all its worth, death-rattle beats for the musical coffin.

If you enjoy boxed sets on the Vinyl On Demand label, or are a serial downloader from Die Or DIY, then chances are you’re a fan of home-made synth murk from the 1980s released on cassettes, and this album will be just right for you. Frédéric Charlot also did the nifty drawing of the mutating devil-head on the cover. Great stuff! From 4th September 2018.