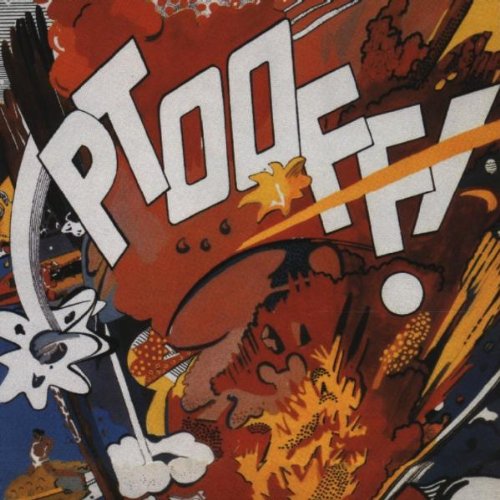 If you didn’t know anything at all about The Deviants before hearing this album, you’d swear it was a product of the punk rock / new wave scene that swept across the pop / rock music scene from the UK during the late 1970s. The attitude is often mocking, deriding both mainstream commercial rock and pop music of its day and what supposedly passed for underground counter-cultural music and youth culture; the music is hard and raw, deliberately shambolic and its production is basic; and there’s as much humour and silliness as there are confrontational menace and sneer. As it turns out, the English psych-rock troupe The Deviants released the album (their first, made for a handy £700 lent them by a millionaire’s son) in 1967 so you could say the band was a little ahead of its time. Unfortunately The Deviants, led by vocalist / keyboardist / songwriter Mick Farren, were unable to wait for everyone else to catch up: with an unstable line-up and differences developing between Farren and the rest of the band, after three albums, several gigs and an overseas tour, the members deviated onto their own paths in 1969, and Farren would reform the band with various line-ups for very brief periods over the next few decades until his sudden death from a heart attack in 2013.

While some songs like “Child of the Sky” have a patina of the psych-rock whimsy that was popular in 1967, the year the album was released, others like “Charlie” have a garage / punk feel, at least until guitarist Sid Bishop gets a guitar break and then off he goes like an under-powered version of Jimi Hendrix with more ideas than the talent to pull them off. The best songs of the album – as much for the cutting and sardonic observations of Western capitalist culture as for their grit – are “Garbage” and “Deviation Street”; the latter song, making use of found sound recordings, spoken voice passages and raw music improvisations, and its lyrics jeering at the hippie subculture, is just the right song to encapsulate all that the album is building up to, and it has the right cynical attitude to match.

The album might be considered a minor classic of its time, given its context; the passage of time and the music trends that have come and gone since its release have perhaps rendered the songs somewhat antiquated and stale. Its themes can still serve though, as a warning of how vulnerable and easily corrupted youth and youth culture can be by the blandishments of mainstream capitalist culture so in a sense “Ptooff!” does retain its sting.