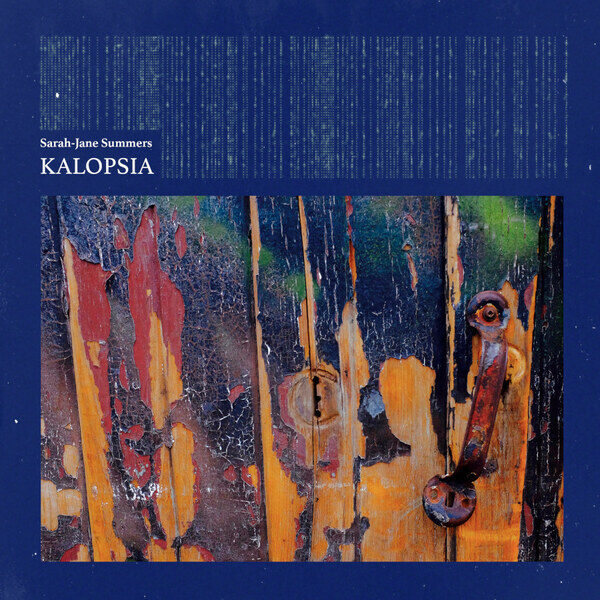 Impressive solo set by Sarah-Jane Summers, who plays violin, Hardanger Fiddle 1 and fiddle on her Kalopsia (EIGHTH NERVE AUDIO 8nerve005) record. To say this is a showcase for extended technique would be putting it mildly. I’ve rarely heard such an array of playing approaches in one place, still less executed with such assurance and lightness of touch. She coaxes astonishing sounds from these instruments, yet I don’t get the sense she’s over-elaborating the case, nor forcing the issue by an excess of effort. Everything sounds graceful and beautiful, and she’s not one of these players who push the instrument down an unfamiliar channel just so we in the audience have to our expectations challenged and our pre-conditioning overturned. For once, we actually have a musician who wants to create something personal and aesthetically pleasing, as well as make something new.

I see she’s drawing influence from the thin edge of the modernist composer wedge, so there’s a list of composers which includes Scelsi – than whom you can’t get much more severe. He’s one of my favourites by the way, and his name has been on the lips of English player Mark Wastell at least once as he pursued his own route towards improv-minimalism and reduced playing. So austere that now I want to investigate the music of Sciarrino and Lachenmann (the others in Summers’ list). At the same time she doesn’t turn her back on her own Scots heritage, and at least one tune here betrays folk influences (although when I say that, I’m mostly going on what I know of the music of Dick Gaughan and Archie Fisher). There’s also a word or two to say about her experimental recording techniques – for five of the tunes here, the instrument was mounted on a table and close-mic’ed with multiple microphones, while she applied “unusual bowing techniques”. Even here I expect many a journalist to compare her with the main man of tabletop instruments, i.e. Keith Rowe, but her music is nowhere near as aggressive as Rowe’s power-hums, and has a wispy yet stern quality throughout, like a willow tree standing firm against a strong rainstorm.

Sarah-Jane Summers is from the Scots Highlands and is now resident in Norway; her previous record VRR was nominated “album of the year” on Late Junction in 207, and she’s recently made a record with Canadian string quartet Quatuor Bozzini. Superb album this; a bracing listen with not a wasted note, and a core of emotional truth that’s as hard as basalt. From 17th January 2019.