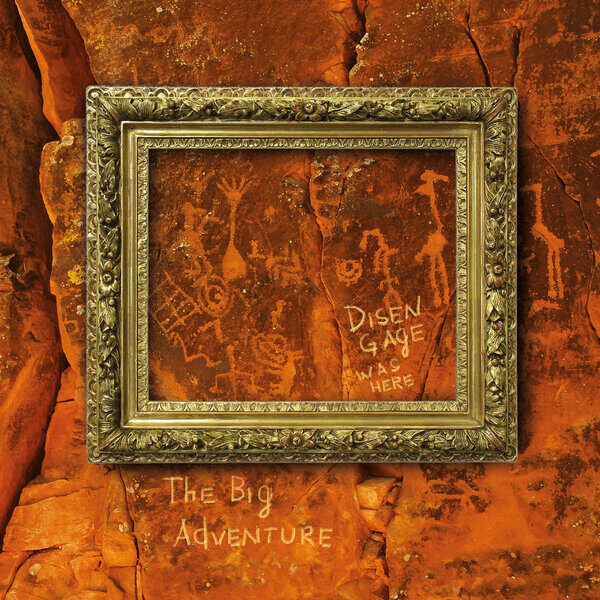 Celebrating 20 years making mostly instrumental improv music, Russian band Disen Gage release a strongly melodic and song-based album (the group’s seventh full-length recording) that underlines the journey the musicians have made during that time. Initially “The Big Adventure” takes listeners on a trip through a carnival of eclectic prog rock, some surprisingly powerful and crunchy rhythm sets, jaunty accordion folk, jazz, noisy guitar distortion battling a clear solo piano melody, and atmospheric space rock tone music. That’s quite some journey that takes in plenty of lead guitar soloing and experimentation with various styles of music in the first half of the album. Yet so far the whole trip seems lacking in enthusiasm and liveliness, and the various genres give an impression of having been drafted into the music to give it life and purpose – which they fail to do.

The album’s second half perks up a bit though the big brass section on “All the Truths’ Meeting” seems rather forced and the music still feels as if the players are going through the motions of playing for old times’ sake and not because after 20 years they still feel they have something to offer the world and have the energy and passion to deliver it. As this part of the album progresses into “Selfish Tango”, the music acquires a slightly more zany air. Indeed it’s not until the band reaches “Carnival Escape” that something of the music’s true nature finally bursts through and reveals itself to be darker and more eccentric than everything else that has passed by. A grand bombastic commercial music soundtrack style, suitable perhaps for old James Bond films of the 1960s when Cold War politics then were more straightforward and less cynical, sinister and manipulative than they are now, reveals itself in the band’s use of (well, maybe synthesised) brass instrumentation and orchestral backing.

I must admit when the last song is done, I feel so relieved that the big adventure, which turned out to be anything but big and adventurous, is done. You know when you are promised a real adventure on an island of wild rainforest jungle and beaches of fine white sand washed over by clear turquoise waters and instead you are flown to a theme park island where the coconut trees and wild jungle brush are made of plastic and the beaches turn out to be gravel raked over every day by staff on low wages who turn on the wave machines to wash recycled water over the gravel to simulate waves? This album is comparable to that fake island.