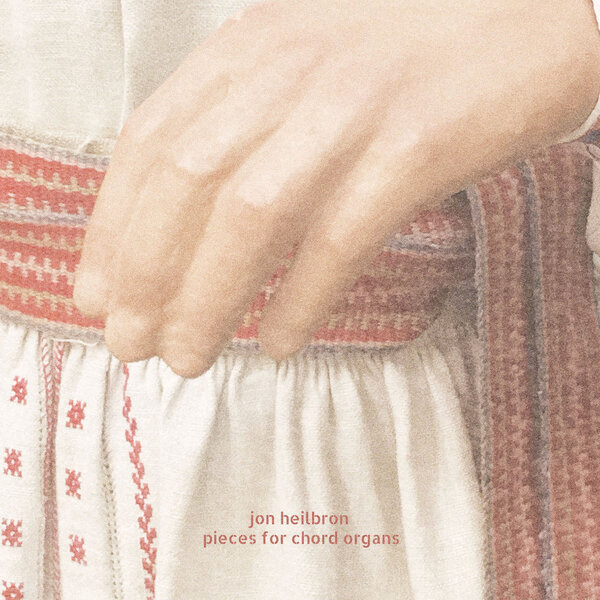 Jon Heilbron is an accomplished Australian musician mainly known for his double bass work, which he’s done in both a rock music and contemporary music setting; plus he’s a composer in his own right, a member of the Quiver New Music Ensemble who have recorded for Tone List, and also collaborates with others in Drum, Ellipsis, Doublefrau, and Arches. He’s here today with Pieces For Chord Organs (INTONEMA INT029), on the Russian Intonema label, who intend this to be the second in a series of “organ” records – the last one one was Organ Safari Lituanica, a highly unusual item realised by Lithuanian genius Arturas Bumsteinas and Gaile Griciute, and a conceptual piece based on their tour of Lithuanian churches. However, Heilbron is not playing church organs – instead he’s got a couple of Bontempi chord organs, which aren’t much more than children’s toys, but are great fun to work with (they used to play chords with buttons like an accordion and made a roary noise with their internal fans). He did it over the course of a few weeks during an artist residency at St Petersburg, refining the compositions over time, and eventually recording them in 2018 at the 2.04 Gallery. Two long-form drones are the fruits of his labour, not exactly pure or simple enough to be called “minimalist”, but there is an inscrutable and placid calm to the surface here which is hard to divine. The music almost seems to come equipped with its own carapace, its own hard and shiny shell. The variations and changes are not especially dramatic, but the logic is hard to follow, and I feel we’re being given a musical riddle to solve. From 8th February 2019.