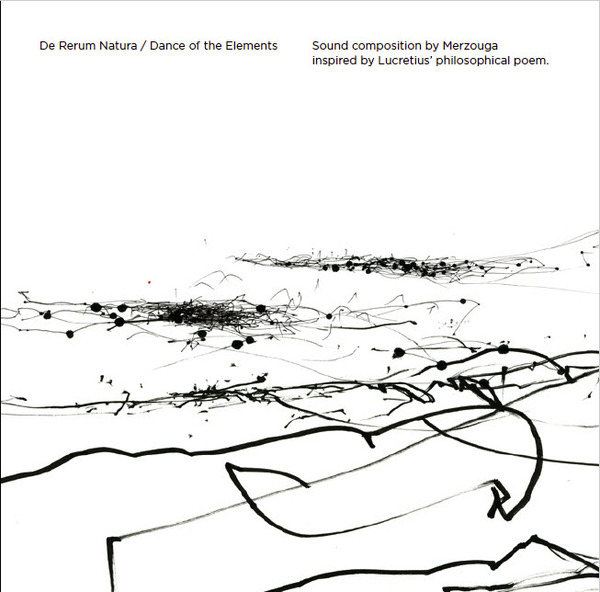 From 8th February 2019 we have the Merzouga team on Gruenrekorder. Eva Popplein and Janko Hanushevsky wowed the crowds with their 2013 release based on wax cylinders found in the Berlin Phonogram Archive, leaving us in no doubt as to their historical sensibilities and their thoroughness in surveying and sampling ethnic music from the early part of the 20th century. For De Rerum Natura / Dance of the Elements (GRUEN 185), they’re drawing inspiration from a work of classical antiquity, Lucretius’ epic “didactic” poem De Rerum Natura (On The Nature Of Things).

In this work, the Roman poet Lucretius was attempting to explain to his readers the philosophy of the earlier (Greek) philosopher Epicurus. By modern writers and thinkers, Epicurus is now claimed as a an early “humanist” of sorts – he wanted to banish fear of the supernatural, free mankind from living in fear of the gods and deities that supposedly governed our lives, and to that end he started to explain how the universe came into being. I feel I’m out of my depth with this, but it’s something to do with particles of matter being governed by laws. To put this in a form his readers could understand, Lucretius elected to write a scientific “teaching” poem, structured under various headings. Although the work is fragmentary and exact authorship is unclear, De Rerum Natura survived through the ages – despite some of its ideas being eclipsed by Christianity – and enjoyed a new lease of life when Renaissance scientists started to read it and draw influence from the text.

For the present work of sound art, Merzouga received a commission from Finnish radio and proposed this “playful attempt of a sonic translation of Lucretius’ ideas”. Accordingly we have a 38-minute piece using field recordings, Eva’s electronics, and the prepared bass guitar of Janko, along with recits and readings from an English translation of Lucretius (voice supplied by Stefko Hanushevsky). They’ve structured the piece into six chapters to match the original framework of De Rerum Natura, so that we move from Water, Stone and Dust, Waves and Wind, towards the end of the piece where we see Mammals and Men starting to arrive. A creation of the world narrative, perhaps – except the focus is very much on elements, particles of matter, and their physicality. In that context, the section “A constant flow of atoms” is probably something we should regard as key to our understanding. As a visual analogue to these atoms moving about – and to show the dance of the elements – we have the artworks created by U9 Visual Allianz, which were produced by attaching brushes and pens to the branches and twigs of a tree, allowing the tree to “draw” on pieces of paper when agitated by the wind.

Interesting release, I like the structure (they call it a radio play), and you could read it as a companion to the famous electro-acoustic work La Creation Du Monde by Parmegiani – except Merzouga don’t explicitly reference this. We’re not given a great deal of the text to digest, but that’s probably not the point – it’s largely impressionistic and abstract, taking ideas from the text and expanding on them with sound, rather than trying to present the work of Lucretius in a comprehensive manner.