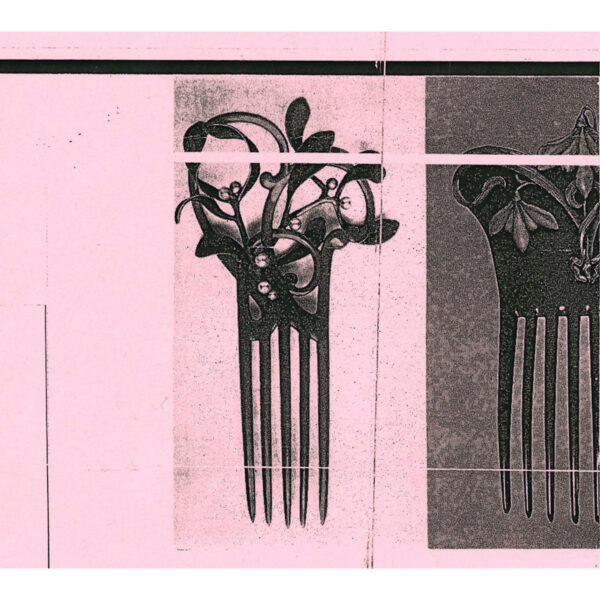 Active since early 2015, Melbourne-based Lisa Lerkenfeldt is an artist / musician / producer who so far has issued one solo album “Glass Braid” on the Vienna Press cassette label and, as of this time of writing, is due to release her second solo work “The Speed of Images” on Aught / Void. I might add at this point also that Lerkenfeldt is one half of a noise music duo called Perfume which released two albums, a self-titled debut and “Beauty Data Pollution” in 2016 and 2018 respectively, and has a day job as a collections technician at the Ian Potter Museum of Art which houses the art collection of the University of Melbourne. Talk about being busy!

On “Glass Braid”, Lerkenfeldt employs field recordings, tape loops, piano and various objects to create an atmospheric and expansive droning work that includes industrial and noise elements and textures. Track 1 can be repetitive but it is layered with enough sounds and effects to evoke alternative 19th-century steampunk imagery, heavy-duty factory ambience and post-industrial stagnation and oppression, that the repetition has the effect of intensifying and enriching any visual evocations, associations and memories listeners may have. As the layered music progresses, it seems to become more and more complex, even more overwhelming … but alas and alack, everything just cuts out abruptly! On the other hand, track 2 is a more tightly compressed piece that holds back on whatever is within that might threaten to escape, with only long puffs of eerie wind scree and a headache-inducing wobbly drone giving any hint of the heaving universe they are pushing back on. This doesn’t last long and is replaced by a weird tapestry of field recordings and ghost conversations from another, seemingly dank dimension.

Past the halfway mark, we’re treated to continuous factory-machine-at-rest white noise ambience which on paper doesn’t sound too thrilling but on actual hearing exerts a strange pull on the listener, if only because you’re dying to know if and when the machine will finally spring into action or will collapse into a heap. The third possibility – that the thing continues puttering indefinitely – seems unbearable but then quite a few pieces on this album have no clear or definite resolution (apart from being cut suddenly).

Parts of the album do have a sinister, oppressive and clinical feel, especially in the second half where whirring, grinding noises, some of which are shrill, coming out of factories in remote, isolated forest areas might give listeners a feeling of tremendous dread. The sonic universe within this album is self-contained and shuttered, and while this suggests the recording might be rather remote and perhaps hard for listeners to warm to, persisting with it reveals its richness and a beauty on the verge of decay.