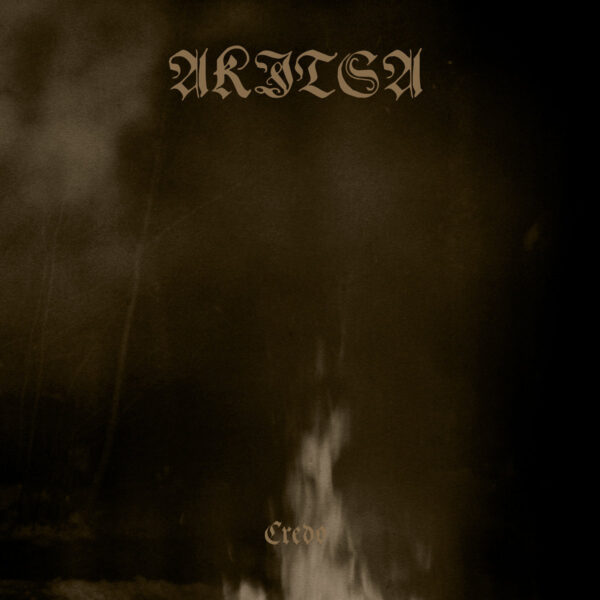 Coming to their 20th anniversary in 2019 – their 20th anniversary?! – these veterans of the Quebecois black metal scene have seen fit to release their most accessible and consistent recording on both the Hospital Productions label (whose founder Dominick Fernow has always been a huge fan and champion of the band) and, in a move towards reaching a slightly more mainstream metal audience, Canada’s Profound Lore Records. The album plays like a distillation and summary of everything Akitsa have done over their career. The high-pitched eardrum-busting, window-shattering screeching of yore may have long gone for health reasons and some of the experimentation with ambient, noise and industrial elements of past albums is missing but the fiercely defiant punk attitude and Akitsa’s ear for catchy grooves are as strong as ever. The album cover art captures something of the raw aggression, determination and violent edge that have always been distinct features of the duo’s music.

Each of the six songs on the album is different from the others and represents a different aspect of the band’s style which has always embraced a surprising range of music genres (thrash, punk, industrial, ambient) but bent them to the blackened Akitsa aesthetic: some songs are slow and atmospheric and others are straight-out punk with definite thrashy riffs and a deranged attitude. On tracks like “Le monde et ma bile”, the guitar sound is cleaner than the sizzle-steak fry-up that used to characterise earlier albums and the singing is starting to incline towards the lower death-metal range of the human vocal tract, which one hopes are not signs of things to come in the future. “Espoir vassal” however is the proud and stubborn patriotic Quebecois Akitsa we’ve all come to know and love even if OT and Néant can no longer hit the highest of high notes that even children’s choirs and professional operatic sopranos fail to reach. “Vestiges fortifiés” is typical of the groove-tastic boogie punk stuff that has appeared on past albums over the years.

The final track (and also the title track) combines the different strands of Akitsa’s style and various lyrical concerns (Quebecois patriotism, love of nature, misanthropy) into a grand epic that sweeps listeners in its embrace and carries them into a full immersion of the band’s pride, passion and melancholy, and perhaps anger (and not a little sorrow) that humanity has failed in its stewardship of the planet’s resources and nature, given the intelligence and talents it was gifted with by hundreds of millions of years of evolution.

As its title declares, “Credo” is a summation of Akitsa’s past history over the last 20 years – (sob!) 20 years! where has the time gone? – and where the band stands now, or stood in 2018 when the album was recorded. Where OT and Néant will do or go next, who can predict, except to say that whatever they do, they will do it with the passion and the intransigent attitude they’ve maintained since Year Zero. Maybe the music will be a bit more mellow, the sound a bit cleaner and the vocals more – well, normal and less screechy and deranged – but this is one band that I hope won’t change its style too much.