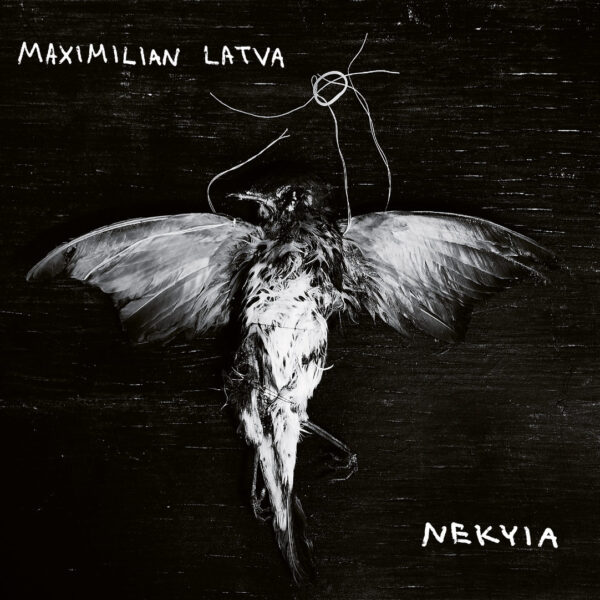 Finding very little to enjoy in the murky textures of Nekyia (ART FIRST RECORDS ATF072), an album created by the Helsinki composer Maximilian Latva. It’s mostly played and realised with synthesizers, with some guitars, percussion, old decaying keyboard instruments, and found objects, and he describes it as “dark ambient with through-composed structures”. I’ll admit there’s a certain ingenuity in the way he manages to avoid the trap of aimless droning, which is a pitfall faced by many who elect to work in this solo studio-based semi-digital manner. It’s just that the actual changes his music goes through are hard to digest, illogical; one can’t follow the argument that’s being presented as we plough through these shapeless forms. Although there may some musical notes in among the quagmire of unpleasant sound, these notes never resolve into anything resembling a harmonic, a chord, a sequence; they just carry on being ugly unresolved tones.

The overall result for this listener is one of coldness and disconnectedness, inducing a state bordering on alienation. The unrelenting depressive tone of Nekyia doesn’t help matters, either; it’s as though the only emotional range on offer is one of consistent futility, and the music starts to resemble the circular thoughts of a soul afflicted with borderline personality disorder, unable to break the cycle of negativity. The artificial studio-bound atmosphere of the record only adds to the sensation that one is trapped in an inescapable pit.

Other listeners have fared better with Latva’s music, and apparently are able to find echoes of composers Charles Ives and Penderecki within this joyless dirge. Since both Ives and Penderecki were past masters of discipline and structure in their music, this comparison I find baffling. From 7th May 2019.