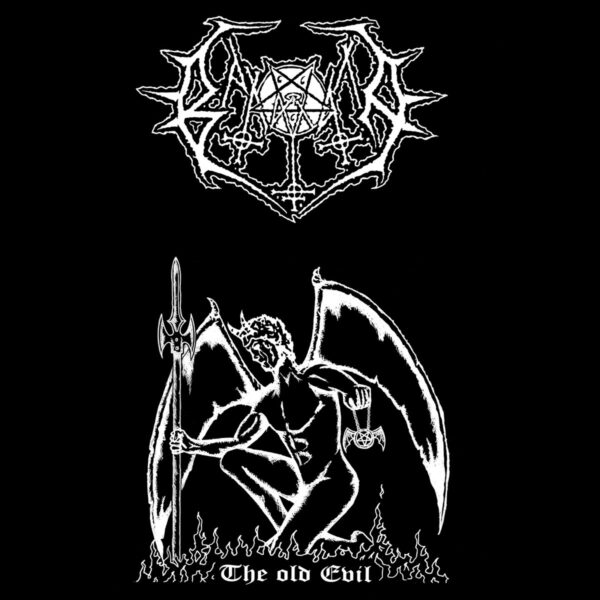 Formed as a one-man project for a brief period in 1992, this BM horde reunited with an expanded line-up in 2017 to play a festival in Texas and a gig in Germany. Raw in sound, crappy in execution and production, and proud to boot, Baxaxaxa deliver a terrifying style of garage BM that draws inspiration from the first generation of black metal bands (such as Britain’s Venom) with strong thrash and speed metal influences. The guitars therefore haven’t reached that stage of BM evolution where their sound rains down like metallic acid showers but are still able to reach atavistically back into their ancestral past when they played catchy riffs. The drumming is business-like for the most part, concentrating on speed and powering the music along. Vocals are not the band’s forte, floating above the music with reverb and the lyrics being spat out more than sung; there is a deranged trance-like, ritual quality about the vocal delivery in some tracks, in keeping with the band’s general anti-Christian stand.

Starting with sinister church organ melody and icy wind ambience, the album proper embarks on its journey with a series of rev-up riffs, some sickly background synth drone wash and declamatory echoing statements. Songs usually follow a definite order: verse / chorus, verse / chorus with a repeating riff and then a contrast transition into an instrumental where the guitars and drums follow their own voice before returning home to the original riff motif. When the musicians throw caution to the wind, they generally go into a speed-metal shredding frenzy with the drums bashing away rather than opting for blast-beat jackhammer pounding sessions. The singing is enough to get the lyrics out of the way as fast as possible without the words falling over themselves so that the music, dominated by the guitars, can fly wherever it wills.

The music is very good though it is restrained and structured and rarely goes off on a sudden and unexpected wild tangent. What makes it really stand out from other retro-BM music looking back to the first and second generations of BM is the nauseous synth accompaniment that adds a malevolent psychedelic ambience on some tracks. Some listeners may find the vocal style annoying, and I must confess I did too on the first few times I listened to the recording; but I can appreciate how the chanting, sounding as if the singer is possessed, adds an element of near-insane hysteria to the songs. Baxaxaxa have firmly planted their flag in the gap between the thrash / speed metal of the 1980s and the metal underground that was to come later, and found a rich vein of inspiration that makes their music distinct and original in its own unlikely way.