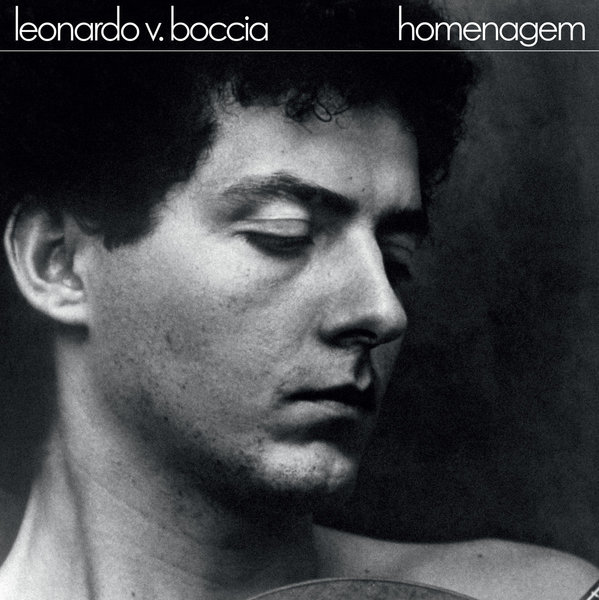 Appropriately for a reissue of an album first released in 1983 that looks back to 19th-century Brazilian culture in its revival of a genre known as choro or chorinho, which arose in Rio de Janeiro and combined influences from various popular European and African styles of the time – polka, mazurka, lundu (which came with slaves from Africa) and batuque (itself an African-Portuguese hybrid that came from Cape Verde) and forward to electronic and New Age music of the 1980s and beyond, “Homenagem” (“Homage” in Portuguese) is the debut release for new Brazilian label Lugar Alto which is dedicated to reviving obscure Brazilian music deemed to be of historical cultural value. Music researcher and academic Leonardo V Boccia originally came to Brazil in the late 1970s from Italy and Berlin (where he studied music) and established his academic career at the Federal University of Bahia (UFBA) in Salvador. In 1983 Boccia composed, directed and produced the music for this album. Combining acoustic guitar, berimbau (a two-stringed instrument used in performances of capoeira), vocals by Sueli Sodré and modern instrumentation such as synthesisers and synthesiser percussion, “Homenagem” presents ten original songs in the styles of choro and some other northeastern Brazilian styles of folk music in a futuristic space-age cast.

The album starts strongly with “Mãe Natureza” which splits into two uneven halves: a sultry lilting first half with ethereal soothing vocals, background birdsong, a dramatic synthesiser introduction and space ambient effects in parts, and a shorter second half that sounds more like a stereotypical Latin-American lounge pop song from the mid-20th century with a dance rhythm, melody and conventional singing. Most tracks feature Boccia’s own minimalist virtuoso guitar playing, embellished with berimbau and electronics-based effects. Two highlights of the first half of the album are “Urucungu” and “Canção Para Iracema”: “Urucungu” combines capoeira rhythms with berimbau and electronic instruments in a bouncy springs-laden instrumental; and “Canção Para Iracema” is a melancholy guitar instrumental accompanied by synthesised brass melodies. A later stand-out track is “Terra e Povo”, an instrumental featuring just synthesised percussion playing Brazilian rhythms; this is the most experimental piece on the album and is the best example of a true fusion of Brazilian folk or popular music with electronics.

With a light and airy feel, a minimalist presentation with clear sounds and a gentle mood of melancholy and longing in several songs, this album may be considered easy listening. Some of the synthesiser music can be a bit lumpen and heavy on the songs but on the whole the electronic experimentation enhances the music and even brings a playful quality to music that might otherwise be wistful or pensive. The best songs on the album are ones I have already mentioned; other songs on the album don’t add much to it unless you enjoy lots of guitar melody flourishes. As a recording that revives a style of popular music that was probably long superseded by other styles of fusion European, African and other music, with experimental effects and 20th-century technologies, revealing a lot of energy and passion still present in that style, “Homenagem” surely is a unique recording.

Boccia continues to live in Salvador and to teach at UFBA.