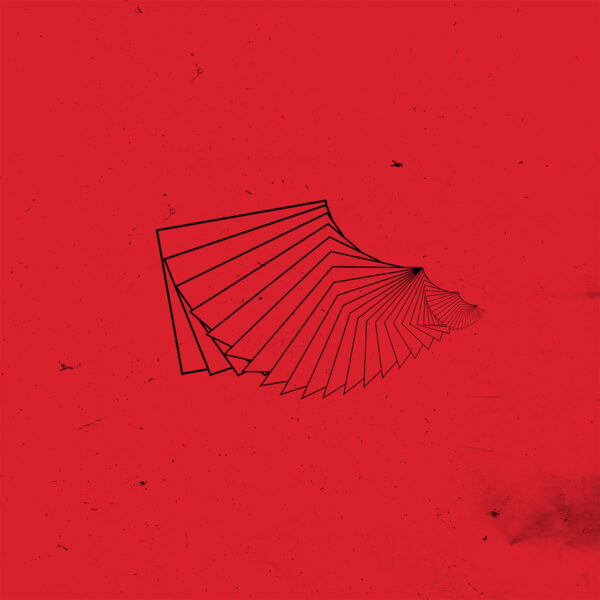 Sombre electronic tones, subdued half-hidden drones, and ominous beat-like pulsations from Hüma Utku on her Gnosis (KARLRECORDS KR068) record. This Turkish musician, now living in Berlin sometimes uses field recordings from Greece, Egypt and Turkey as part of her “intense sonic travelogue”, blending them with beats and semi-industrial chugging along with ambient mystery drones. I kind of like the monotonous and sometimes threatening atmosphere that oozes out from this record, although the ever-present nocturnal “no-escape” vibe might grow warying after a while. She has also recorded as Roads At Night and made the Seb-i Yelda 12-incher for this label in 2018. (18/06/2019) 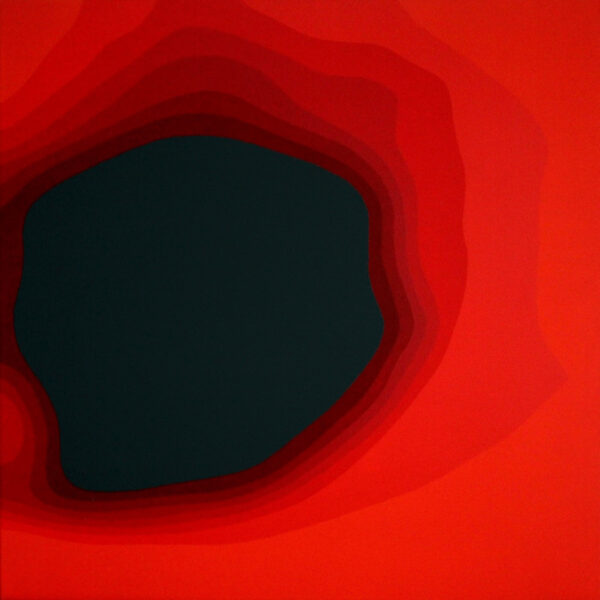 Have previously noted Turkish combo Konstrukt with the two overpowering records they made with Keiji Haino from 2017, on which they exhibited a commendable lack of restraint and a near-superhuman prowess on their chosen instruments. This band are keen on breaking down genre barriers and draw no lines in pursuit of their freedom of expression. On today’s record Kozmik Bazaar (KARLRECORDS KR065), they’re doing it with Ken Vandermark, the Chicago reedman who is ostensibly a jazzer, but has likewise shown considerable open-mindedness in his many team-ups and collaborations. An astonishing, maximal set of performances has resulted from this particular grouping, and the record sprawls with crazy improvising cross-talk against wild beats that seem to have been sourced from an underground Cairo dancefloor, and the entire record is produced in ways that make it seem both cosmic and psychedelic. Swirling, aggressive, high-energy stuff; guaranteed to upset purists, yet the musicianship on display is strong and the strenuous efforts to produce a strange, mind-shattering brew have really paid off, especially on tracks like ‘Cocoon’ – it lurches like a science-fiction beast come for retribution in the middle of a nightmare. Strong elixir in these skins. (18/06/2019) 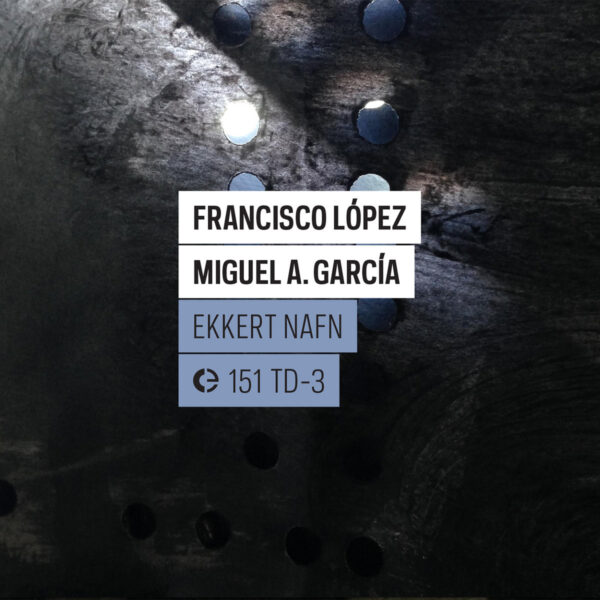 On Ekkert Nafn (CRONICA 151 / TRONICDISEASE TD-3), two Spanish sound artists Francisco López and Miguel A. García collaborate on one of those sound-file swapping projects. Two long pieces are the result, apparently using the same source materials – there’s talk of field recordings, mechanical devices, digital transformation. López extends his for 31:53 and in terms of his ongoing no-titles-for-me-thanks project, he’s up to #351 already. Wild contrasts are the hallmark this time around; chaotic swirls of abundant layers, followed swiftly by near-silent stretches of mystery. I like the agitated sections, when they appear; they have a rather acidic menace, like copperhead snakes writhing in a vat. He names six separate international locations and one studio, and a date span of five years for this creation; López invests a lot of time and effort in tending his sonic garden. Conversely, García put ‘Applainessads’ together in far less time; hard to generalise about this abstracted stuff, but I guess he uses more filters than López, keeps his brain inside the box of the computer, and his piece sounds more indoorsy and occluded, which I do like. If López’s half depicts a bright desert sun, García reclaims the night, and a very desolate place it be. This solo laptop thing isn’t where he’s “at” right now, though, since emails he’s been sending me indicate he’s trying to move into group composition and have his ideas performed by others. By the way, the title Ekkert Nafn is an Icelandic way of saying “no name”. (18/06/2019) 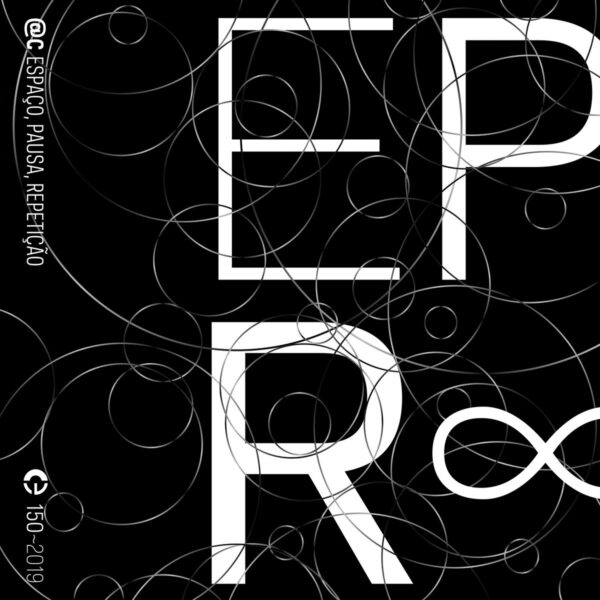 Our Portuguese double act @c (Pedro Tudela and Miguel Carvalhais) are here with a new cassette called Espaço, Pausa, Repetição (CRONICA 150-2019). This one arose from an installation project which they did at the University of Porto. Apparently over fifty creators contributed about 300 “sound objects” to this project, and if @c are using these as the basis for today’s cassette, it’s no wonder it sounds so disconnected and bitty – like lots of small plates of raw fish in a Japanese restaurant. I’m never greatly impressed by these things which are described as “multisensory” and “immersive”, when all it amounts to is a bunch of speakers set in a frame in an exhibition space. I appreciate the idea that they’re trying to create an autonomous sound environment of some sort, but it’s not a very interesting one, probably because the original source materials are so banal and bland. Even so, @c deserve some credit for the effort involved in stitching together so many short, diverse pieces of sound in one place. (18/06/2019) 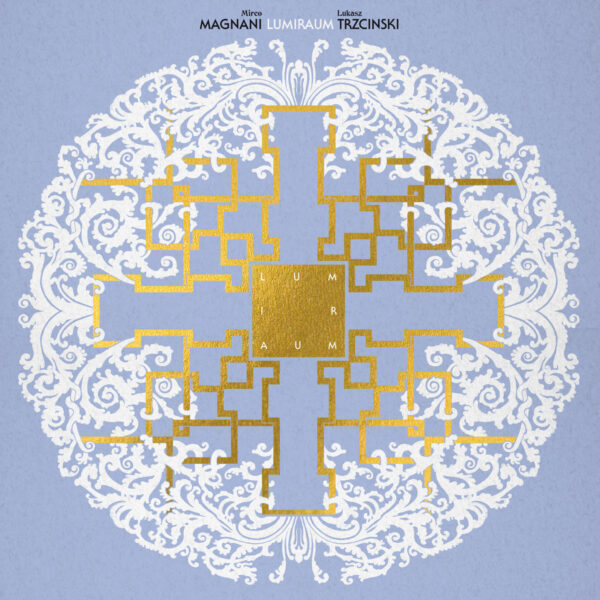 Lumiraum (UNDOGMATISCH UNDOGMA4) was made by the duo of Mirco Magnani and Lukasz Trzcinski, and a pretty subdued and understated affair it be. Mirco plays various woodwinds (clarinet, saxophone, recorders) often fed through studio processing to extend his tone and give him a lustrous echo; he does it on top of slowly droning ambient synths, often played by Trzcinski (credited with “analog and digital electronic devices”) creating out-of-focus notes that barely coalesce into chord shapes. At least some attempt is made to form melodies, even if they are not especially adventurous, and some of Magnani’s sax work borders on being corny lounge music. I struggle hard to hear this tedious record as anything more than contemporary wallpaper music, and yet the duo intend something quite profound, apparently inspired by Hindu religion, and concerned with exploring ethical and spiritual matters. Even the letters AUM at the end of the word Lumiraum mean something, to do with the four levels of knowledge that must be passed to gain enlightenment. (18/06/2019)