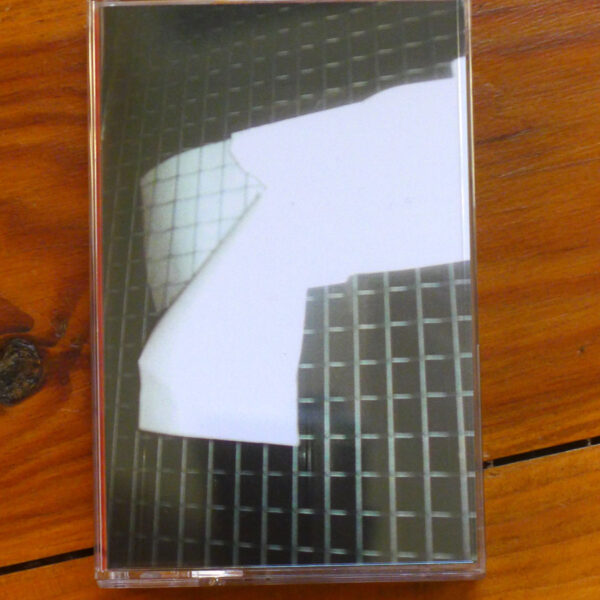 Guitar mangler Torsten Papenheim has been roaming around these virtual scaddamarrons for some years now as one half of Rant, the improvising duo who often appear on the Schraum label in Germany, but this might just be the first solo item we’ve heard from his shredding digits…1 Tracking/Racking (TANUKI RECORDS #38) represents an aspect of his live set that he’s been volumphing around since 2010, lugging heavy equipment up ramps and staircases, and both these long pieces (14:44 and 15:02) have been performed numerous times on European boards and arenas, but never formally recorded until now.

They’re both instances of “extended” playing if you will, where foreign bodies are allowed into the ripple-picking area or may sit near the old Vox amp as it hums like a beacon. For ‘Tracking’ he brings in tapes and mini-discs – pre-recorded elements, in other words. For ‘Racking’ he simply festoons the guitar with objects. When you put it like that, it may sound starkly simple, but Torsten is up to some cunning malarkey here. ‘Tracking’ for instance is about 50% piano music, in a move which surprises listeners to this day. Has he modified the guitar so it sounds like a piano, or is he bringing in tapes of him tapping the old 88 one Sunday at home? Either way, this is a bewildering mix as it veers from scuzzy, distorted guitar noise to genteel salon moods, crossing the bridge between two opposing forces with the ease of a golden dragon or silver winged sheep, intent on bringing piece to the warring factions that have divided the land. It’s a confusing ending to this tale, and the beginning and middle aren’t very clear either. Every so often I do like it when this kind of music befuddles my dim brain and leaves me none the wiser, but still intrigued enough to open a page in the register of extreme guitar music.

‘Racking’ meanwhile is quite another ribcage of pomegranates. It consists of a single chord – if we can call it that, as it sounds like the kind of sound a guitar would make if a vulture grabbed the neck with its talons – repeated over and over like the pendulum of an insane grandfather clock. There’s a hideous resignation and despair in the way Torsten swipes his flailing arm here, as though he’s having to carry out a death sentence. Bizarre harmonics float out, slight variations emerge, and the semi-regular insistent pulse is enough to drive any given peanut into an early shell. ‘Racking’ is like hearing a single moment from a Eugene Chadbourne cassette preserved and looped into infinity, which is a pretty damn conceptual path and one that even outfoxes them Wandelweiser types. I suppose the preparations to what sounds like an acoustic guitar aren’t too extensive, but evidently they’re doing something to muffle the strings and prevent normal resonant faculties, as there is a distinctly “strangulated” feel to the sound of this horrifying study in blockage and frustration. Not to worry though, as after ten minutes of this inhuman treatment you’ll soon feel ready to take on the world and go fifteen rounds with any given opponent in the wrestling arena.

In fine, you’ll be glad these concert favourites have finally been committed to these definitive studio versions. From 9th September 2019.