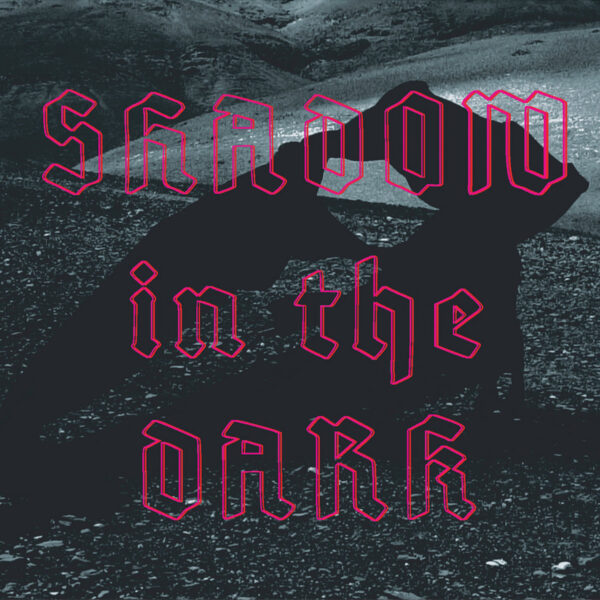 NNHMN (pronounced “non-human” which the acronym stands for) is a fairly new Berlin-based darkwave duo who have already released their first and second albums last year and this year have a new EP “Shadow in the Dark” out in both CD and vinyl form on the dark ambient / experimental Zoharum label. Their style is a mix of retro-1980s synthpop soundscapes, distinguished by analogue synth melodies and drone wash, squiggly bass and bash-out synth percussion, with influences from techno and dark ambient / illbient genres. This is topped by sultry female vocals and finished off with a very polished production that gives it all a smooth if cold and dark sheen. The band sounds fairly similar to UK synth-pop bands of the early 1980s and the German New Wave movement of the same period (think DAF, Malaria!) but I have an inkling that neither scene ever produced anything quite like NNHMN. If I had to hazard the closest 1980s analogy to NNHMN, I would suggest DAF with a female singer substituting for Gabi Delgado-López with not much of his sex appeal. (By the way, I just found out that GDL died a few days ago on 22 March 2020. RIP Gabi.)

The songs are short and poppy without that sense of energy, aggression and urgency that DAF had, and the singing, sexy and sultry though it is, is remote and seems insouciant. Initially I found the EP a bit dull and pedestrian but repeated listening reveals sharp intriguing little details in the music that enliven the soporific singing. Even so, as the EP progresses the energy level does sag and by the time it reaches tracks like “Special” and “Black Sun”, listeners might find themselves hardly able to lift a finger to turn the damn thing off. The highlight of the EP is an experimental electronic version of the title track which demonstrates what the band is capable of, if only the musicians weren’t so wedded to the pop song format.