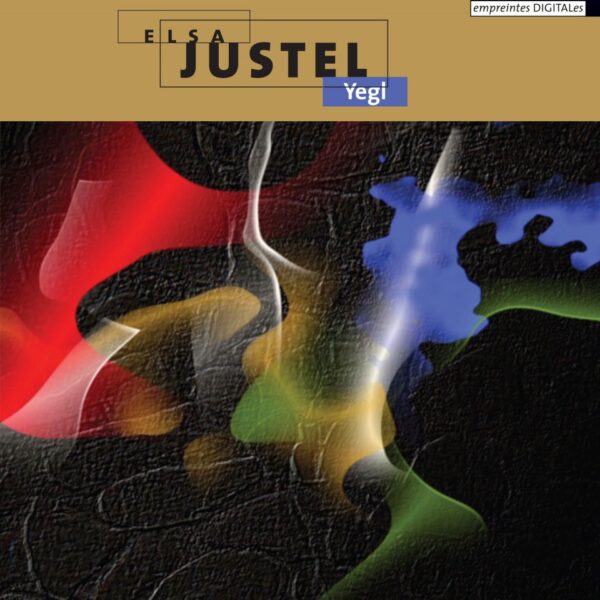 It’s been a while since my ears were graced by the colourful sounds of the Empreintes Digitales label, home to an international bevy of electroacoustic composers with compositional awards and academic qualifications lined up like military medals. While I’ve always been happy to get to know new releases, there’s a uniformity of approach that can make it difficult to say new things about them. This uniformity is stamped into the standard card packaging of each release, each of identical layout, heady, intertextual liner notes, and non-chronological sequencing of pieces. Naturally, this portrait collection, Yegl by Argentinian composer Elsa Justel, follows this formula.

Yet despite these hallmarks of artistic conformity the collection is as expressive of an individual identity, predilections and working methods as anything from the GRM studios, and it beckons the curious listener to probe within. Quite literally: remove the inner sleeve and peer into the wraparound card and you can see a picture of the composer, captured during what looks like a moment of erudition, opposite what may be her fingerprint. Talk about hidden qualities.

Dating back as far as 2001, the pieces span a broad set of themes from geometrical hypothesis (Cercles et Surfaces) to electroacoustic Tango (Purzelbäume). Ingenious and polymathic, but one obvious risk of such rabbit-hole pursuits is insularity and the listener must be prepared to accommodate a few peccadillos. L, for instance, consists of jumbled electronic treatments of short passages read in French. Bewilderment achieved, granted, but for the non-Francophone probably less compelling than, say, the visceral smash and spray of the geometrical opener or the chilling psychoacoustic swish and tear of Marelle ou Les instants de la vie. This giddy interaction between disorienting sound collage and the tapestry of deeper listening sketches out the extreme boundaries of the collection.

On closer inspection, woven through these disparate themes is a sustained enquiry into primordial origins: meditations on Pythagorean concepts of geometry (Cercles et Surfaces) and acousmatics (Tapage nocturne), a poetic synthesis of utterances on ‘the origin of the concept of “element”‘ (L), and the psycho-dialectics of identity (Marelle ou Les instants de la vie). As per so many releases on this label, Yegl is a selective audio autobiography that renders the image of an individual’s lifelong curiosity in the expanded palette of electroacoustics, fixed medium and radiophonic composition. And it commands a similar curiosity from the listener.