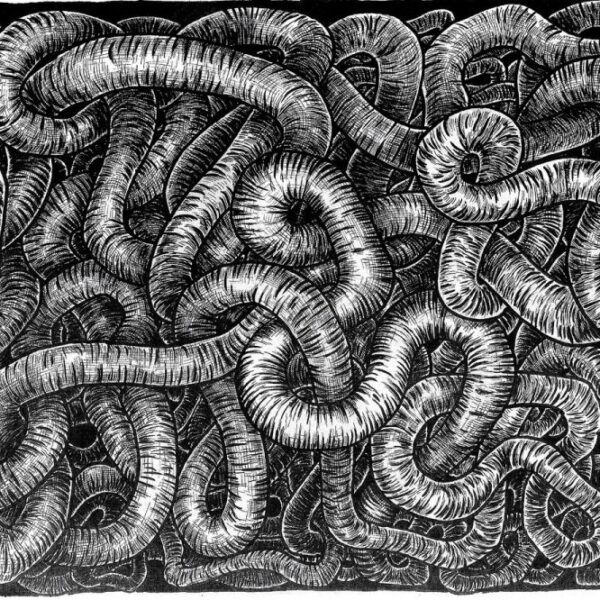 Pretty brutal noise-rock from Austrian group Bug on their Calamitas (INTERSTELLAR RECORDS INT043) album. These guys come from Innsbruck and have been making records since 1998, also touring with like-minded bands in the areas of punk, metal, hardcore and noise rock. There’s certainly a lot to listen to on these over-crowded songs, with no space to breathe in among the hammering drums, savage guitar riffs and howling vocals, yet I also find the band are just slightly too technically competent and too ready to mix up many styles of music in their offering, in a rather knowing way. They freely own that the vocal style comes from Black Metal, yet the guitar riffs are essentially blues-based, while the general direction of travel is a form of brutalist noise rock descended from the KK Null / A.N.P. school. While making good on all these stylistic promises, they somehow fail to deliver much of the hoped-for catharsis and purging effects of a good metallic blast. The themes of the songs and their lyrics also promise much by way of contemporary apocalyptic despair, touching on extremes of global politics and general pessimistic malaise among distressed individuals, yet quite often they can’t get further than well-worn tropes about “femmes fatales” and “danger babes”, which don’t do a lot to advance the shared knowledge of human existence. I seem to be identifying a lot of hurdles, many of which the band have set up for themselves; because of these barriers, I feel the music ends up blocked and frustrated, they get in their own way, and it seems the only way out of such a dead end is for them to resort to more and increasingly violent hammering. Available on vinyl, CD, cassette, and download. From 29 November 2017.