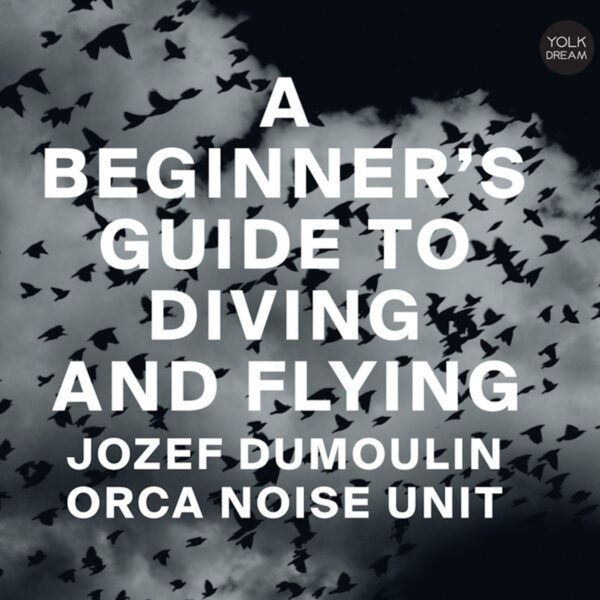 The work of Belgian player Jozef Dumoulin has yet to really connect with me, but today’s oddity A Beginner’s Guide To Diving And Flying (YOLK RECORDS J2072) does at least have a certain understated charm. On it, Dumoulin forsakes his usual Rhodes electric piano in favour of an acoustic one, and his fellow musicians the Orca Noise Unit also play all-acoustic chamber music of a sort, with woodwinds, upright double bass, and percussion. These 15 cuts aren’t exactly compositions, but neither are they all-out improvisations, and the joy of working (for Jozef at any rate) has been to dwell for a brief sojourn in this grey twilight zone. Further, the music is intended to evoke a dreaming-waking state, and Dumoulin has assessed its success by measuring it against his own personal dream-diaries, journals which he often reads and re-reads. Consequently, none of the music stays within any particular genre, nor reaches a condition where it might be mistaken for a crescendo or a conclusion. The results are pleasant enough, but neither one thing nor the other; like a half-baked mix between bland, somnolent jazz music for a nameless lounge situated on the edge of the desert, by a band who are dreaming of a misremembered Morton Feldman record which keeps morphing into a teaching video intended to introduce Schoenberg to children. Jozef Dumoulin speaks of this project in terms which make it seem liberating – he talks of “cutting a knot” and “let[ting] that open form grow naturally” – but in spite of this, the music feels quite restricted, shallow, and unadventurous. From March 2018.