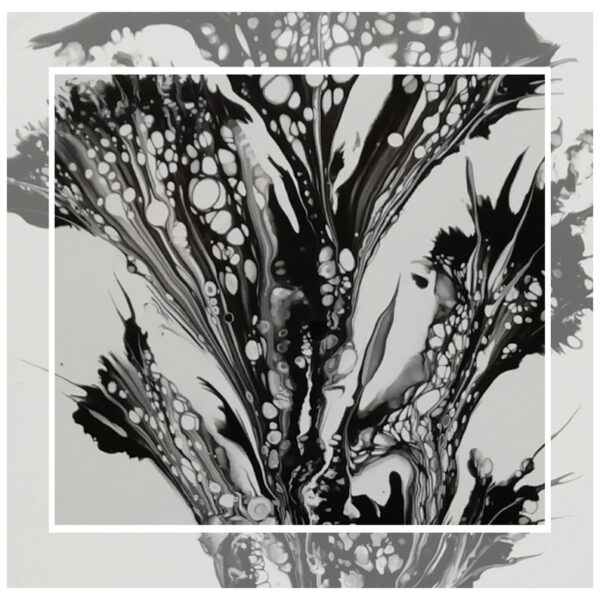 Recent record from the French lapsteel guitar improviser Michel Henritzi is called We Were There (KLAGETO 1), released on the German label E-Klageto (a sub-label of Psych.KG). Henritzi has long been associated with Japanese underground music – improv, onkyo and noise – and besides running his own label that documented a lot of that material, he seems to be friends with many of the major players and has recorded and performed with them, most regularly with Fukuoka Rinji. Today’s record sees him teaming up with the great Ikuro Takahashi. Takahashi is probably best known for drumming with some of the major Japan underground rock groups, including LSD March, Kousokuya, High Rise, Overhang Party, Psychedelic Speed Freaks, and even Fushitsusha; but he’s also appeared with major improvising combos such as Ché-SHIZU. Even this doesn’t begin to cover the extent of his achievements, and I myself was won over in 2004-2005 by two records that weren’t rock music at all, but rather instances of his compelling and mesmerising minimal electronic chirping released by Siwa.

This CD is 48 minutes of non-stop percussion and drone groove recorded in 2018; if I had to try and characterise it, one could describe Takahashi’s restless percussive work, generating a constantly-pulsing cloud of strange energy; he seems to be pushing the music one way (or rather rolling it through the cosmos like a gigantic ball of anti-matter), while Henritzi is dragging it backwards in the other direction, by his slow-moving and ponderous (amplified?) guitar drone. This is about the closest I’ve heard Henritzi come to emulating the sound of Haino, but his characteristic minor-key pessimism is still very much in evidence, especially on the earlier half of the record. While this isn’t a completely remorseless performance – there are plenty of breaks in the programme, chances to rest and catch your breath, and some very ably-controlled dynamics – it is still very maximal, every blank space filled with sound and action, delivering a marathon listening session that requires a lot of stamina on the part of the listener, simply to even keep up with what these powerful musicians are doing.

Released in a seven-inch wallet with outsize artworks. From 31 December 2019.