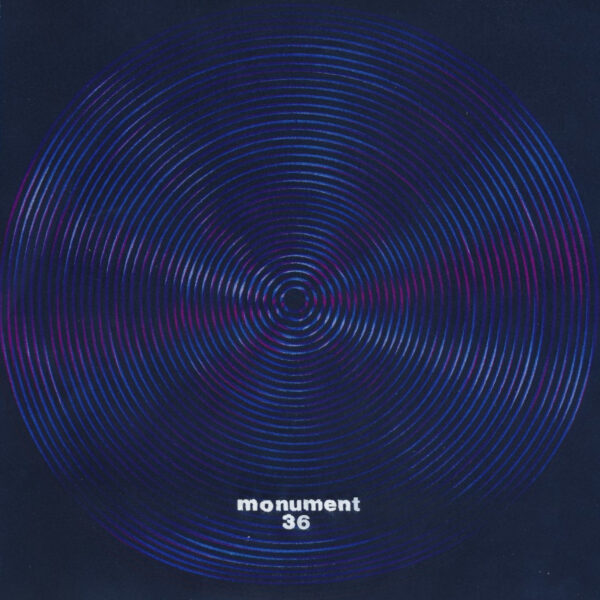 Coims is a Bristol duo performing new music in that area since 2016 at least and recently made a split tape with Ocean Floor. Their item is The Realisation That Someone Has Been Stood Behind You Your Entire Life (EH?111), a lengthy title which on a bad day I might read as a perfect summary of an M.R. James ghost story (at least two of his nightmare classics deal with a stalking figure behind you which you can’t shake off). At first hearing of these splendid groinky noises, I thought they might be electronic or synth attack merchants wrangling their twisted circuits, but they claim to do it with “modern percussion and fretted instruments”, which could be a fancy way of describing a drumkit and guitar set-up, so does it mean we’re to regard them as experimental rock of some sort? I doubt it, as this delicious spew has no regularities or pulses familiar to conventional jaded lugs, and it clatters about in a most ramshackle manner free from such nonsense as guitar solos or traditional dynamics. I’m lapping up every minute of this candy drool, so when they speak of creating “primitive sonic freedom”, I for one cast no doubts on that cloth cap. I also enjoy the downbeat, rather grim caste of these lurching groaners, as if these lads care not a jot for audience entertainment nor even for basic rules of coherence. Hard to say why this turgid shambling beast is so compelling a spin, but I can prescribe it to all in need of a good dose of acid salts to the hot brain. Fine screenprinted cover has an ethnic mask image…produced by Bathtub printing in Bristol. Let’s hope the west of England continues to breed such such effective anti-social rock maggots, nibbling their way through mountains of garbage. More please.

Slightly more conventional rock moves to be savoured on the groovuloid cassette The Furies Inside Me: Original Motion Picture Soundtrack (EH?108). The trio Peter Aaron, Bobby Previte and John Rosenthal all play electric guitars, with Previte’s drumming and Rosenthal’s bass playing to underpin some excellent fretwork excesses. There is indeed a film called The Furies Inside Me directed by Michael P. DiPaolo for Black Cat cinema, and without seeing a single sprocket hole of it, I’d say we can legitimately hope for something demented and crazed on strength of this chaotic, untamed music. Sun City Girls back in the dark ages used to put out LPs on their own label pretending they were soundtracks for insane obscure horror movies that never existed (such as Piasa, Devourer of Men which might have been about a giant pterodactyl), a little anecdote I mention since moments of this rip-roaring tape remind me of brothers Alan and Rick Bishop at their most unhinged. Putting three electric guitars in the room at once is also a good idea and the full-on apocalyptic sound that results is exciting and terrifying all at once. Added bonus is relative short kick of the songs, some punching in at two or three mins apiece, as if pursued by nasty harpies who want them out of the house. Hardcore punk, freeform noise fer sure…Previte is a skilled jazz drummer too and has recorded with John Zorn and Elliott Sharp, if roadmaps needed…Peter Aaron is likewise an all-American hero from Sand In The Face and Chrome Cranks, and he made the scorching tape Purges with drummer Brian Chase for this label. Me highly alarmed and delighted by this meaty blaster, restless grim noise attack for red nightmares. Didn’t care overmuch for the cover art on the cassette copy I got, but the Bandcamp version is more palatable. After those two hefty pig-iron specials, time for a midnight skulk with Arc on their Monument 36 (EH?100) tape. This one’s more on the order of a brooding art-drone with a cold clinical edge and minimalist aspirations, with very little information printed on cover apart from the titles of the four “phases” which make up this work. Even use of the word “phases” hints at compositional pretensions, but that’s OK as the throbbing music is such a powerful yet cold mesmeriser. Not clear how this music is realised, but it has a purity and clean “open” feeling which is attractive, and the way the layers are introduced and developed betokens a righteous mind or two behind the dials. Mysterious cover image resembles a gong or tam-tam tinted in blue, yet it also seems like an alien fingerprint with its whorls and concentric lines. Arc may come from Oakland and seem to prefer spelling their name with the concentric circles added to suggest extra reverberation, i.e. (((arc))). A few more low-profile tracks from their Soundcloud page with evocative titles like ‘Conical Signal’ and ‘Night Sea’. Sense a poetic spirit at work here, and perhaps a gallery artist too, if their avatar is reliable showing intricate star pattern being carefully delineated on a floor. From other journalists, arc is earning comparisons with Eleh, another low-profile creator who insists on anonymity as they create their very pure drones. A strong and alluring piece of magnetic force, in spite of the fragile and wispy tones.

After that I just had to flip the Coims cassette and dip into the single track on the B side of their pink and fleshy output. It’s called ‘Over the weather and under the hill’. Starting out with a haunting sound that resembles bagpipes gone insane, one might be tempted to peg this as their demented attempt at some form of folk-inflected music with a title that celebrates life in the countryside. But these rolling hills soon turn into treacherous forms, and mad bleating sheep are never far away ready to sting us with their powerful tendrils. Just shows that Coims are capable of twisting the Pink Floyd formula into eerie new shapes…may lack the primitive rawness of the A side, but this wayward creepster music is more likely to send me screaming to the Halls of Bedlam before many days.