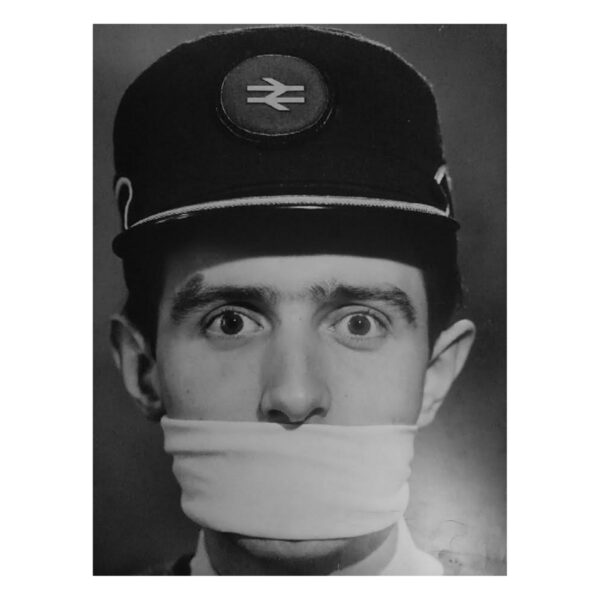 Only on the very rarest of occasions do the strains of a particularly mysterious and erudite pop combo waft their way over the rooftops of the country’s capital. So when Tim Owen and Steve Bynghall, the bee-masked keepers of the sweet stuff, get down to the, uh, creative process, it means there’s a guaranteed queue-jumper in the “to do” pile.

Fear… is their third collection for micro label Linear Obsessoinal and we find a further nine songs which again delve deep into the nuts and bolts of the classic songwriting model. Verse, chorus, middle-eights, harmonies…all served up in a particularly dry and obtuse way. Numbers that tap into the gloomist tendencies and self-deprecating characteristics of Mister Average Britain, stewing in his own juice in a two-up, two-down, somewhere in “the sticks”.

After the evocative woodwinds and wordless vox of ‘What is it that you want?’ comes ‘The Day of Reckoning / I’ll Never Love’: its jangling, nervy, knife-edge piano stabs bringing to mind Slow Dazzle-era John Cale, a man himself who used to insist, in a bug-eyed manner, that “fear is a man’s best friend”. Again, as with previous exploits, pithy and telling couplets like “I fear for the future so I cling to nostalgia” are tossed off by the duo in the usual nonchalant matter-of-fact way. Thoughts of Henry Cow’s Dagmar Krause engaged in a Brecht/Weill soft shoe shuffle tell me that the Bee’s classic pop stance can always throw up the occasional “odd song out” and so it is with ‘Real Life Gets In The Way’. Guest vocalist Sara Jackson’s stiff upper lipped rendition finding an echo in the terse atmospheres of ‘The Rest Of the Day has been Cancelled’. ‘Find Me Love’ is more in keeping though, and woah! is this man’s chin on the floor! A swinging sixties go-go booted Julie Christie feel is fashioned through vintage keys, but this Carnaby Street has seen better days and the bins haven’t been emptied in weeks. The song’s hero sees himself as “a piss stain on the pavement, waiting for you to walk on through…”, while others carol “there he goes, the miserable git!” Funny and desperately sad at the same time. Clever. That’s just a handful out of the items on show, which seem to flow effortlessly from the quill pens of these shadow-hugging scribes. For students of say USA’s Orchestra Luna, UK’s The Clientele, the post-gloom fallout of the criminally-neglected John Howard, and mebbe even Sheriff Jack – this’ll be a godsend.

As per previous Bee-related works, Fear… really deserves to be on a less frugal footing than a mere limited edition run of fifty copies. There surely has to be a larger listenership out there for highly crafted songs such as these.