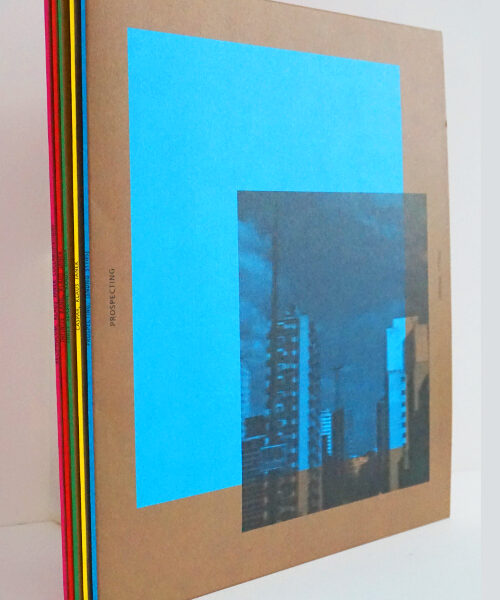 Here’s a little background to this review: I met Klaus Janek in 2011, when he was touring in a duo with the pianist Scott R. Looney. I organised a concert for them at Brighton’s Friends Meeting House around the time their album 1510 was released. During the evening, Klaus struck me as a versatile player; his contribution seemed equally versed in electro acoustic improvisation, free jazz and more traditional technique. Klaus was pleasant and friendly; we parted with a vague notion that we might collaborate in the future in some way. Periodically, a few emails were sent from my desktop, with a few ideas; largely going unanswered. So it is a pleasant surprise now, to find our avenues of communication reopened via the re-release of a large quantity of his output; a mid-career survey, perhaps.

On the whole, I quite like the material across the majority of these ten sides. You might say having your work presented on vinyl can be seen as a kind of badge of honour these days, and I guess it is hard to turn down the opportunity. Conversely, Janek perhaps has gone down the art-edition route in choosing vinyl. Almenrauschen (Janek’s collective term for the project) has five examples of his signature contrabass and electronics on wax; utilized in varying ways – and here and there in collaboration with others – and partly funded by Autonome Provinz Bozen Sudtirol which I presume is the regional authority of South Tyrol; a province in North East Italy, by the culture office of bolzano i/eu, and “supported by” – this I assume means they contributed their services to the project for free – the contributors and authors of music, cover-design and sound-engineering.

Almenrauschen is Janek’s own imprint and exists as a “..platform to present music on an equal aesthetic as discursive level…” Janek qualifies his choice of format thus: “…albums are created out of a reading of zeitgeist, resulting in (sic) the most long-lasting and antique sound carrier (ton Trager) available: vinyl – and in respect to contemporary life, as files (like oil painting and its digital appearance)…” An unusual analogy there, but okay.

These five albums appear to have been originally released in 2018, but were bundled together under the title almenrauschen in 2019 in nice colour-coded sleeves designed by Stephanie Roderer – I’ll refer to this aspect at the head of each review section – in an edition of 300 units.

The name “almenrauschen” derives from the aural sensation perceiving a non intentional sound world and transforming it to musical sense-making. 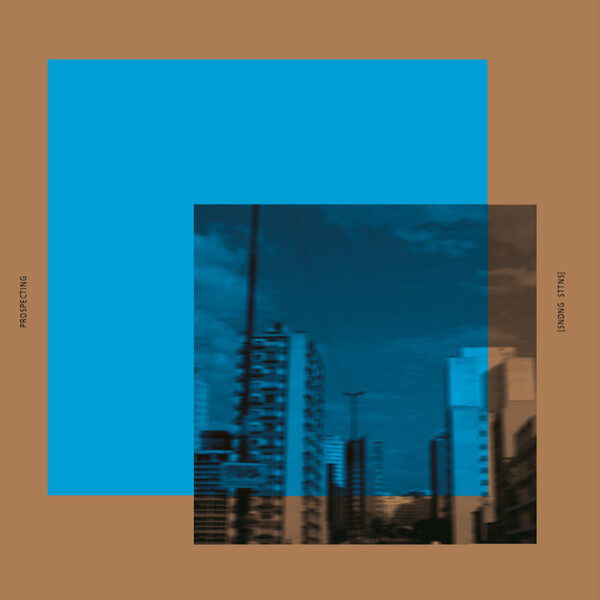 The first track on side A is “Violeros Revisitados”, which is a fight between the sounds made by Brazilian traditional musicians and the UHER Report 400 tape machine the sounds were recorded on. This source material was recorded by Gunther Kipfmüller in Northeast Brazil in the 1970s. Kipfmüller’s daughter, Milena , processes the raw material while Janek adds his contrabass and electronics to the mixture. Brazil born, Milena is also Berlin-based and works as”… a freelance soundartist, dramaturgue and producer”. For me, this is the most satisfying of all the pieces over all five of these records, perhaps because I enjoyed the sound of the source material presented here, plus I think Janek and Kipfmüller are simultaneously restrained and inventive in devising appropriate responses to it. The occasional snippets of singing are particularly beautiful; they pop up like wildflowers in unexpected locations.

On “Recorded Recorders”, Janek and Kipfmüller go further in their interaction with their recording device/s in part connecting to “…historical contexts…and technological processes…”of the 40 year period between the making of the original recordings and the assemblages of the duo’s current working practices. On first listens, it seems like a lot of looping is going on, – a typewriter appears briefly halfway through? – but the loops are very unusual and hard to identify what instrument/source they might have been derived from . Contrabass joins with a low, slow repeated phrase until gradually, extreme processing or sample manipulation takes over.

Turning the record over, we find “Echolot – Montreal / Sao Paulo”. “Echolot” was Janek and Kipfmüller’s “…performance installation…” commissioned by the Goethe Institut in Montreal for the 2016 White Nights Festival and performed again at the Sao Paulo Goethe Institut the following year. The duo “exclusively use the voices of the audience and the audience’s reactions” to produce what they deliberately intend to be a “musical composition”. How this was achieved in practical terms is not explained in the sleeve-notes, but we are told that a “20 second of reading of a book passage” is the central component of this exploration of unpredicatbility and chance. Having said that, there is what sounds to me like a drawbar organ in there as well, the significance of the presence of which is not explained. Perhaps I’m imagining it. Voices in French, English and German. “Tramlines…”, “…walking the dog…”, “…other people…” audible fragments; processed and looped, overlapping and tumbling over each other. A rhythm emerges in the loops; a feeling I find very familiar experience with many loop-based works. The process used stops short at even the prospect of total chaos – something I think artists shouldn’t be afraid of. For me, there is maybe a small barrier here – the attempt to constantly reconcile all sounds / noise / whatever with a traditional idea of “music”. I thought the idea was to try to make art, no? 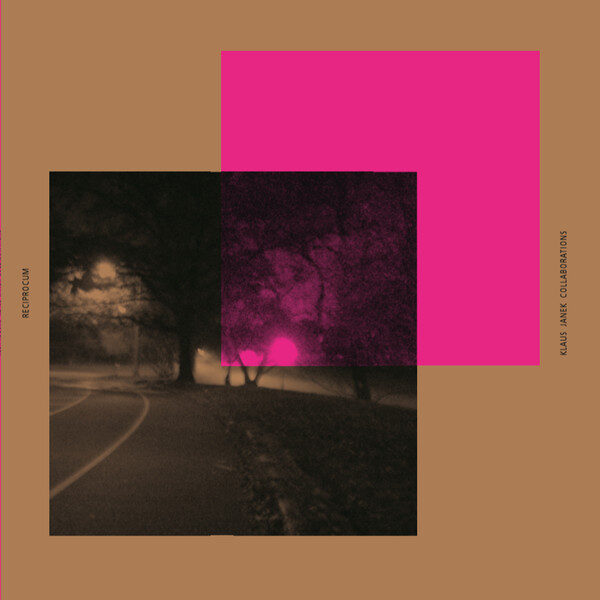 Its probably worth quoting from the sleeve-notes so you get an idea of what the intention is on this disc: “The album consists of music chosen from a pool of recordings made over a time span of 10 years and according to its expression composed ‘together’. All of the music was created through a practice of combining the compositional and performative act. The album making process consists of two levels: the music created in the past functions as material and is put into form through the inspiration it provides. This music witnesses the trust between the creators in the act of doing and on a further step its affirmation to the re-contextualization.” 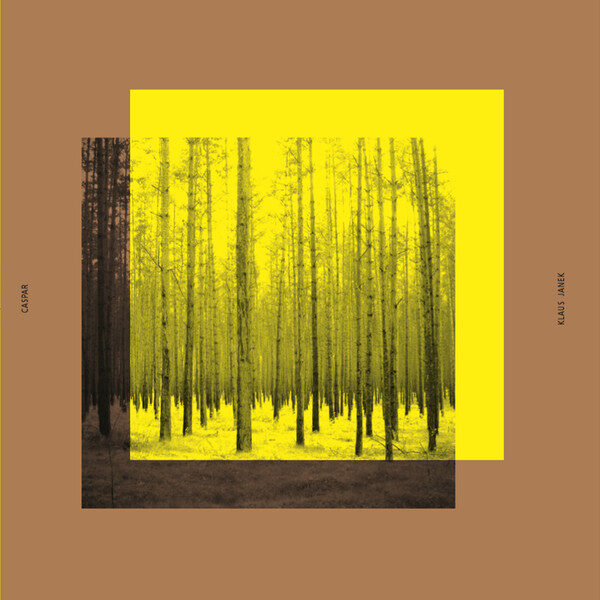 This habit some experimental musicians have of applying forced context or stories to what is essentially pure improvised music does sometimes perplex me. Here Janek references Kaspar Hauser with the title and in the sleeve notes. He also states the intention “…to de- and reformulate the idea of beauty”. When referencing the case of Kaspar Hauser, I assume Janek sees himself as “…set free…” from traditional technique, and aims, on this disc at least, to “…redefine by discover[y] and recover the potentiality sound and tone embodies…” The bleaker reality of Parts I-IV is more austere unaccompanied contrabass. These recordings are from earlier in Janek’s career; this side was recorded in 1997, the flip the following year. So in fairness, we are hearing an improvisor with most likely a classical and/or jazz background probably fairly near the beginnings of his more avant explorations. These days, Kaspar Hauser’s own claims that he was a royal bastard unfairly locked up as a child in a tiny, windowless room for sixteen years by persons unknown only to be released suddenly to deal with what Janek refers to as “…processes of deciphering and sorting of sounds, senses and impressions…” has largely been debunked by historians as a hoax on the part of Hauser himself. It seems many historians now believe Hauser was a con-artist, inveterate liar and concerned only with maintaining his position of support from his well-meaning patrons before they could stand his lies and scheming no more. This adds an interesting flavour to proceedings. But, like Hauser, here is the transition Janek wants to achieve:

Throughout Parts V-VII, Janek builds a mood of suspense using overlapping approaches; a specific direction: on VI he utilises vocalising, bow-bouncing on the strings, marking time eating only bread and water, while VII, although short at 1 minute 34 seconds, flings out more wordless vocalising alongside melodic bass. From this, the transition takes place, giving way to Janek’s version of “Prayer Beads”; a composition by American jazz bassist, composer and bandleader Marc Johnson. Johnson worked with Bill Evans, Bill Frisell, Pat Metheny, ‘Philly’ Joe Jones, Jack DeJohnette and many others for labels including ECM, Blue Note, Challenge, Egea and CAM Jazz. “Prayer Beads” is a strong piece – particularly in the context of the abstract nature of the rest of this disc – performed well. The fact that it sticks out makes me wish there was more of this kind of material not only on this disc, but spread out over all five of these records. 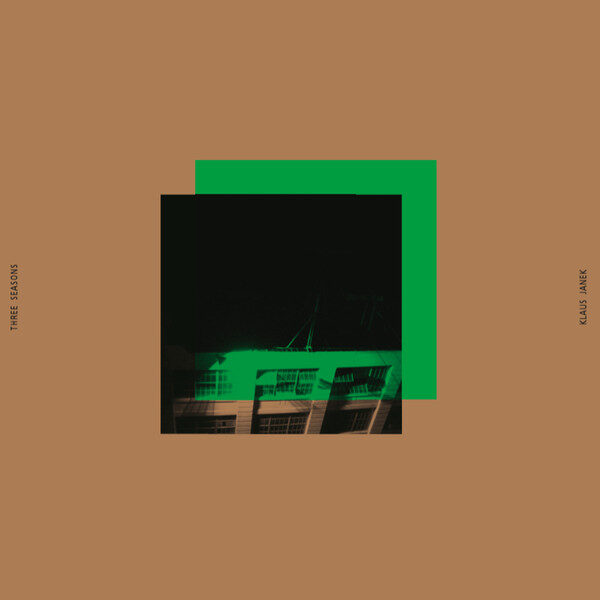 This disc commences with “Prolog / Autumn / Winter Part 1” which are relatively unadorned solo contrabass improvisations from 2003, inspired by the poem Lettera Amorosa by René Char. Although the work apparently “…follows an emotional path a man lives through a loss…” which is intriguing, the main emotions this music is conveying to me are morbid self-analysis, ennui and fatigue. So far so good. Nonetheless, Janek insists upon the piece “…awakening from impotence, sensing awareness and rediscovering possibility…” If that is the way Janek sees it then who am I to disagree? But again, as it is with Caspar, this way of forcing a narrative onto improvisation – what could be defined as a musical train of thought – I think is an unnecessary decoration at best. You could argue that it is just the sort of critical justification a funding board expects to see, and perhaps you would be correct to think that. Janek states: “…it doesn’t show it [the narrative], but the possibility of it…” Putting all that aside, nothing changes the fact that the material presented on side A is a little…well, dull. At least for my taste. The side ends with Janek sawing at his instrument on a single note which perhaps represents ‘frustration’ on this time-line of loss, but at this point I am more than ready for the flip.

There is a great deal of busy activity on the second side, but mostly in the higher registers . Again, a kind of aimless lashing out, almost.…so maybe it works in the context of the theme?

Grief following a loss is a terrible thing to for us humans to endure, and Three Seasons reflects this quite well. 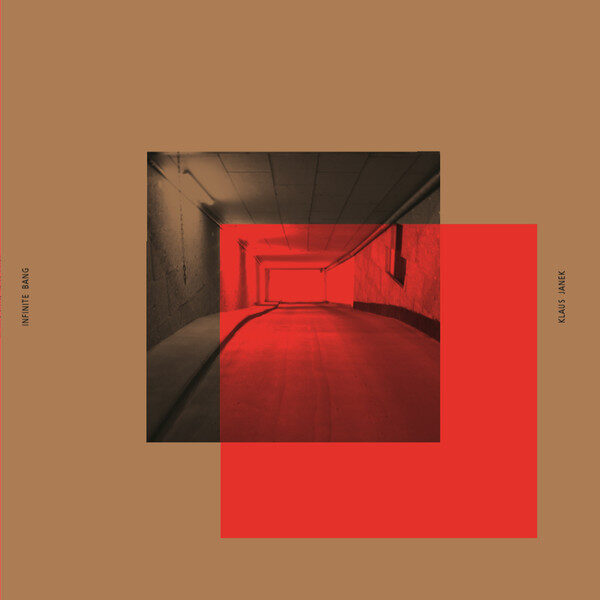 Janek’s “source of inspiration” was apparently Stanislaw Lem’s novel Solaris and Janek’s own social observations in Prospect Park in New York City “…where I was living during the main research period for this work”. I’m not familiar with Lem’s novel, but if you’re expecting echoes or resonances from the soundtracks of either the Tarkovsky film or the George Clooney remake, I’m afraid you may be disappointed. On side A we find “Infinite Bang Part 1”, which is more solo contrabass and electronics. Janek likens his approach to a “perpetuum mobile” – not an object in itself as I first thought, but a translation of “perpetual motion” – makes me think of kinetic sculptures by Naum Gabo or Alexander Calder. Janek analyses his own interest in the comparative attributes of acoustic and processed sound in his sleeve-notes. The “…initial bang is always produced by the acoustic contrabass. The electronic equipment does not incorporate the possibility of tone production…” In other words, Janek is explaining that despite electronics being important to his work, his performance set-up doesn’t include and electronic instrument or component that produces sound by itself; it serves only to enhance the signal made by the contrabass. What kind of electronics/processing is used is not not stated – certainly on side A it is very subtle. If you weren’t paying attention, you might even mistake it for clean solo contrabass…

In contrast, the B side begins with recognisably processed sound. Janek heads into a more verdant sound-world than the dry, arid environment of side A. Here, the contrabass produces sounds like motors, or cicadas or a sythesiser pad; washes and swells appear and disappear, but all in all its a bit sombre: not a lot of “bang” for your buck. Personally, given a choice, I’d rather enjoy an evening on the sofa watching Tarkovsky’s Solaris instead.