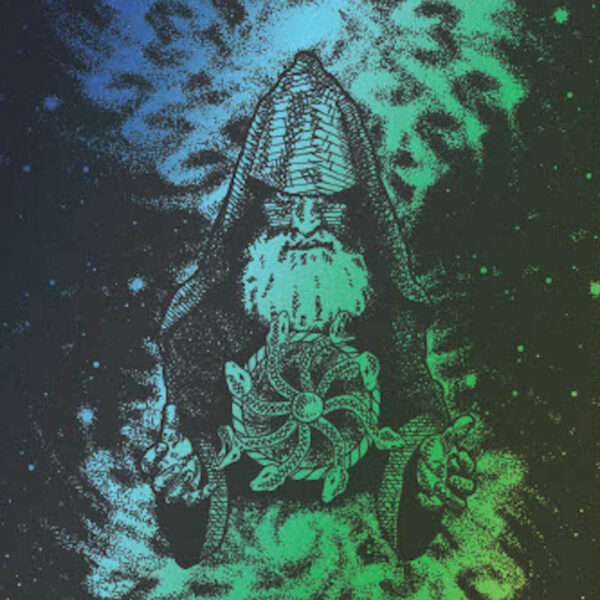 A terrifying experience combining black, doom, drone and ambient music, this album of two long tracks on death, devotion and defeat (according to Blood Coloured Beast’s Bandcamp page) is the debut of Ahamah, an Armenian project based in Yerevan. It actually came out twelve months ago (April 2021) and it is all but sold out at Blood Coloured Beast. There may still be copies available at Black Omen Records. After hearing it once, I declare this really is a remarkable recording no matter where it comes from: blackened doom / drone / ritual ambient is a rare beast as far as I’m aware, in a world where most doom bands are content to follow Black Sabbath and its ilk of more than 50 years ago, and this particular recording is a truly intense and monstrous swamp creature. The album divides into two tracks of roughly equal length, “ASP (Astral Suicide Pact)” and “Humans with Deposits containing Souls”.

After a murky atmospheric beginning of background rain-like field recording and the noises of a leviathan in its death throes, “ASP …” starts its lugubrious path of slashing guitar drone riffs and slow percussion slam beats accompanied by a choir of crazed ghostly voices. The monotonous repetition of guitar drone riffing, thudding drums, screams and ambient effects (of which some appear to be guitar feedback effects) produce an oppressive and suffocating atmosphere where even demons are in despair and going permanently insane. Throbbing or pulsing guitar tones build up in layers while harsh, pained voices groan and lament their lot in life or un-life. Sampled sounds – a female opera singer and a shrill violin melody are caught up later in the track – add to the apparent confusion though structurally the song is very straightforward and actually restrained in its leisurely growth into a huge droning doom construction that any minute could topple into tremendous dust. By its last few moments the song has truly become Chaos Incorporated as countless voices vie for attention in their cloud-like confusion. How the track will end is going to test Ahamah’s song-writing capabilities as it seems headed for a huge messy finish – but that turns out to be quite a surprise as the musician/s deftly bring it to a head and in a matter of (it seems) seconds the song is gone and we’re ready for the next track.

“Humans with Deposits …” is no comfort either as a dark uneasy ambience gives way to vicious snarling caged beasts making threats against a background of guitar drone and hissy six-string chainsaw noise. Again this is a structurally minimalist track based on repetition building up tension and unease. Layer upon layer of noise, sampled sounds and howling voices keep going and going. The track sounds as much noisy industrial as it does droning doom metal and the sheer relentless sonic abrasion can be quite an endurance test. Changes, even if brief, help to liven up the dreary proceedings with an actual guitar melody (of sorts) coming around the ninth minute of the track and some interesting murky subterranean atmosphere sends the chaos into another odd and dark alien dimension. Near its end, the song edges towards blackened death when the voices become more ragged while two intertwined guitar melodies bring their own special version of headache-inducing hysteria and desolation.

The apparent impression of chaos and oppression created by adding layers of voices and guitars is masterfully done. Despite the hellish and often unbearable nature of the tones, voices and atmospheres the recording combines clear and muddy or turbid sounds in ways that contrast these sounds and highlight their extremes effectively. The music may be slow but it has an obsessive and demented nature that can hold listeners spellbound even though it can be overwhelming. Probably the most distinctive and unforgettable aspect of the recording is its general atmosphere: it is cavernous and dark in a jangly, ringing way, with some metallic noise or buzz going on somewhere in the background.

This project is definitely worth watching to see how it develops and what it will eventually become, obscure and difficult though that is certain to be.