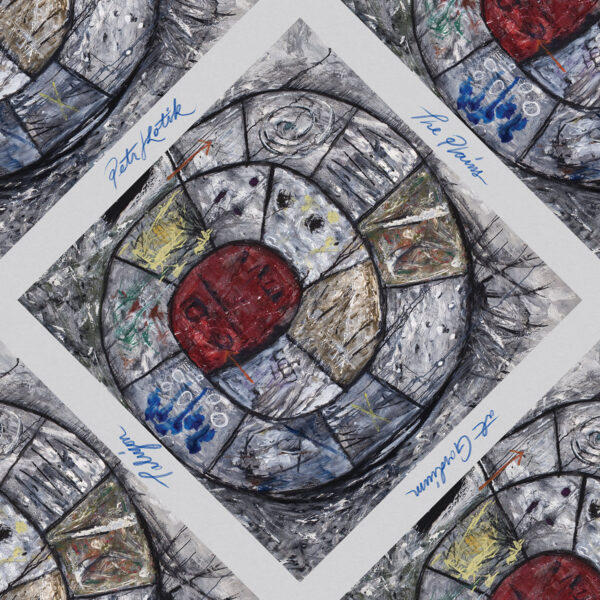 Petr Kotik is a composer, a flautist, a conductor and the founder of the SEM Ensemble, who have been performing contemporary music in the USA for many decades. Born in (then) Czechoslovakia, he travelled to New York in 1969 where he has lived and worked since. Having given countless performances of music by John Cage, Morton Feldman and Christian Wolff, along with his own works, his association with American experimental music is long established. Nonetheless, his association with European music is also well established, his having conducted Stockhausen’s Gruppen (for 3 orchestras) and other pieces from the modernist canon. He has also recorded the entire musical works of the artist Marcel Duchamp, perhaps demonstrating some sympathy with John Cage’s assertion: ‘One way to write music: study Duchamp’.

This recording comprises one 54 minute piece by Kotik – The Plains at Gordium for 6 percussionists (24 tuned drums and 12 bells) – composed in 2004 and exquisitely performed here by the Talujon percussion ensemble on their CD debut. The title refers to Alexander the Great arriving at the ancient city of Gordium in 333 BCE and being confronted by the puzzle of the Gordian Knot, which was tied intricately from several knots: a metaphor for a seemingly unsolvable problem.

Perhaps in this piece, the idea might refer to the intricate, intertwining rhythmic patterns played on tuned drums. This creates a calm, stable continuity which is sometimes broken with silence and sometimes decorated with soft, quiet rolls. The ocasional appearance of tuned bells creates bright, metallic sparkling like shards of sunlight bouncing off glass.

The tempo lopes along but nothing ever drags; it proceeds like a slow freight train seen trundling through a vast landscape; a huge open plain, like that at Gordium maybe. Occasionally, there is the illusion that the tempo has doubled but it remains steadfast as two notes are squeezed into the space of one.

Each of the musical lines is always very quiet and the total adds up to a dynamic that facilitates the easy flow. All is fascinating and absorbing, drawing in the listener and enabling shifts of focus within the gently rolling, rhythmic landscape.

Maybe the absence of rhetoric and the clarity of the rhythm suggests an echo of early John Cage. But clearly this is Kotik’s music and he has created a compelling piece that reveals its intertwining layers with repeated listenings.