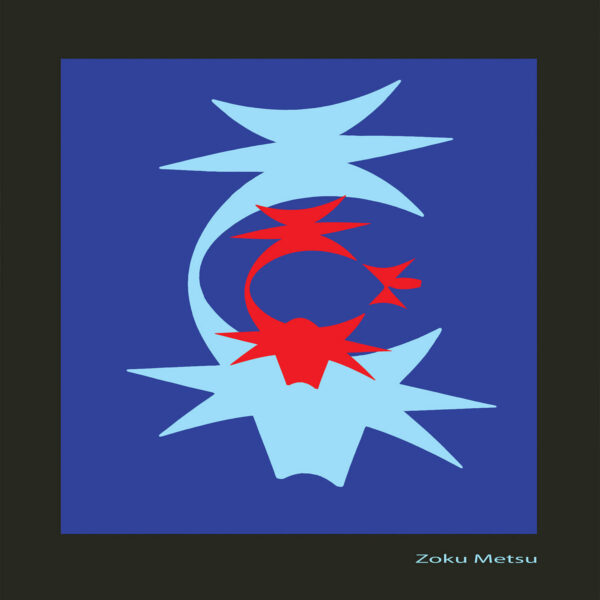 Hefty slab of studio-based avant-rock and electronics from Zoku Metsu, comprising American players Robert L. Pepper and Ron Anderson…Pepper has appeared in these pages on numerous occasions with his florid experiments in group playing PAS Musique and The Jazzfakers, and today’s self-titled record (ALREALON MUSIQUE ALRN108) exhibits a lot of the same qualities – maximal sound, many layers, every space filled with something happening, often at peak volume.

The added ingredient this time is drum machines, and the whole fast-flowing album romps through at top speed with its joyous beats. Pepper has in the past tended to eschew simple or normal rhythms, but this space-aged disco approach is paying dividends. Ron Anderson was a member of The Molecules, a Californian band active in the early 1990s, who were apparently in the vein of Boredoms and Ruins, making me think I should investigate their back catalogue; a lot of American bands came late to discovering the joys of noisy Japanese chaos, but apparently Anderson was a pioneer. He and Pepper did play together in 2010 (with Philippe Petit and David Tamura) for a Public Eyesore release, but I’d imagine that was more of a live-action improv thing, whereas today’s record is very much a studio concoction. They make plain their debt, in the press release at least, to kosmische, Krautrock, and German electronic music of the 1970s, and while it’s true so many diverse bands have been making similar claims for many years, I think what our American friends have understood so well is the heavy-handed aspects of those genres, the clumping rhythms and the clotted sounds that result from pressing too hard on effects pedals, over-strumming guitars, and leaning on keyboards. Pepper and Anderson also declare an intention to reinvent the rules of studio recording, and although no details are given we can assume there’s a lot of unorthodox experimentation going down here, using techniques that would disturb a conventional recording engineer.

All of this may account for the generally over-heated tone of this record, which I should stress is very enjoyable. (19/07/2021)