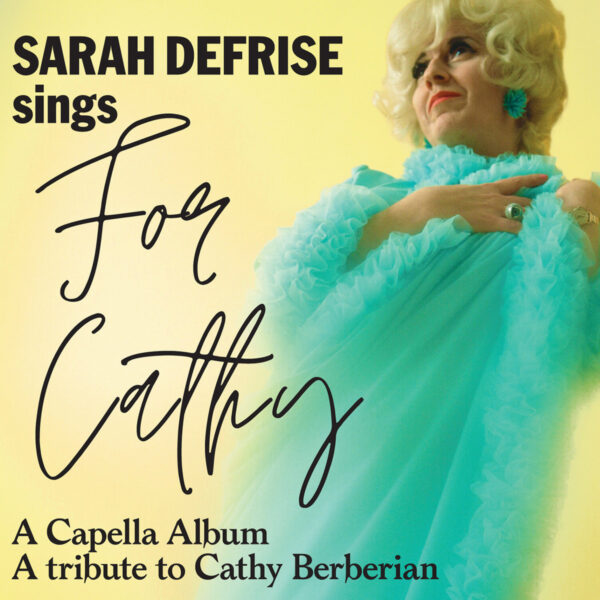 I admit to knowing nothing of Cathy Berberian (1925 – 1983), not having heard any of her work, but from reading her Wikipedia entry, I can see she was a remarkable artist for her time. Born of Armenian immigrant parents in the United States, Berberian’s musical career began in Armenian folk and dance groups and traditional opera in New York, and from that combined foundation Berberian pursued further studies in vocal performance in Italy where she met experimental / avant-garde composer Luciano Berio whom she married in the early 1950s. The two collaborated together through the 1950s – 1960s and well into the early 1970s. Berberian championed the concept she called the New Vocality in which the singer can use an infinite range of vocal styles in performance and each performance is potentially a new work in itself, the singer becoming a composer in her own right by improvising throughout according to whim or the situation, rather than merely follow the instructions of the original composer of the song or music.

Throughout her career, various composers including Sylvano Bussotti, John Cage and Igor Stravinsky wrote works for Berberian and a few of these have been gathered up by Belgian singer Sarah Defrise together with works by Berio, Belgian composer Henri Pousseur and Berberian herself which Defrise has reinterpreted anew on her third album, a tribute to Berberian’s pioneering work as a singer. As the album title says, all tracks on the recording are sung by Defrise with very little musical accompaniment save perhaps background ambience (field recordings, spoken voice recordings, tape collages). Defrise has a very energetic sparkling style as she tackles the songs with gusto and not a little cheekiness. As would be expected, her vocal range is astounding as she trills, hops, purrs and skips her way through the songs. Perhaps the song that best shows off Defrise’s talents – and which Berberian wrote herself – is “Stripsody”, a motley medley of vocalisations based on children’s cartoons, 1960s pop songs and background sounds of contemporary Western society such as car revving sounds, coming right at the very end of the album.

Peppered through the album are snippets of interviews with Cathy Berberian, some of which are overlaid with Defrise’s singing and ambient sounds or electronics, sourced from the Institut national de l’audiovisuel (INA) archives in Paris. These provide some variety of sounds in an album otherwise focused almost completely on voice.

The album is a very entertaining work showcasing the remarkable flexibility, range and virtuosity of the human voice as demonstrated by Defrise in her reinterpretations of Berberian’s music and vocal style. Plenty of sly humour can be found and the album in its own way is an archive of the sounds of popular Western culture of the 1950s and 60s.