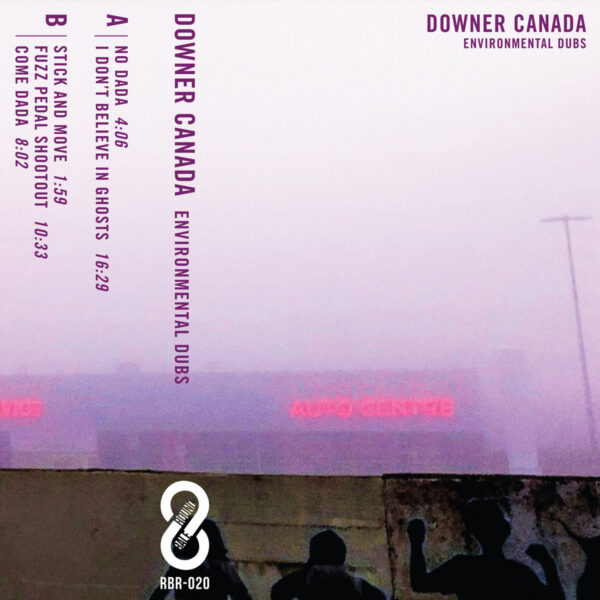 Received a nice bundle of cassettes (and one book of texts) from Kevin Cahill in Toronto.

Downer Canada is Kevin’s solo act. We heard a few items from him around 2017, including the dreamy Watson Island English CD, which persuaded me he is a very able collage-r of tapes, including field recordings and found sounds and lots of unusual, hard-to-identify noises. I also enjoyed the mysterious vibe we get from his work, where little is explained and we’re invited to observe the phenomena like so many butterflies scattered around a strange purple sky. The same sensibility continues on Environmental Dubs (RBR-020), released on the Minnesota label Round Bale Recordings. From the notes here it seems that Kevin uses his portable cassette recorders as his “primary instrument”, and makes a virtue out of the lo-fi fuzziness and hazy aura that these devices can generate. One key track here is the lengthy ‘I Don’t Believe in Ghosts’ on the A side, which illustrates perfectly how he is able to transform very ordinary and commonplace sounds into something quite profoundly moving; just a few simple elements, including birdsong, strange humming, music practice inside a cramped room, all coalesce to pass on a semi-magical vista of deliciously impossible proportions. On ‘Fuzz Pedal Shootout’, there’s the same mix of indoor-outdoor mashups – a babbling brook next to a bedroom rock guitarist and a rather cryptical voice loop – but this time the atmosphere is far from idyllic, and instead there’s tension and confinement, with no certain resolution in sight.

The label sees this tape overall as a rich mix of emotional states, where the insouciant air can suddenly turn into something rather anxious and alarming. They attribute this to the lockdown conditions under which Environmental Dubs was produced, which is accurate, but I also think it indicates something very natural and human about Cahill’s way of working; without forcing anything, he manages to capture and reproduce something of the ever-shifting moods that we can all pass through in the course of a day. That experience is magnified, and sublimated, through his art. Downer Canada is a true poet of the cassette form. 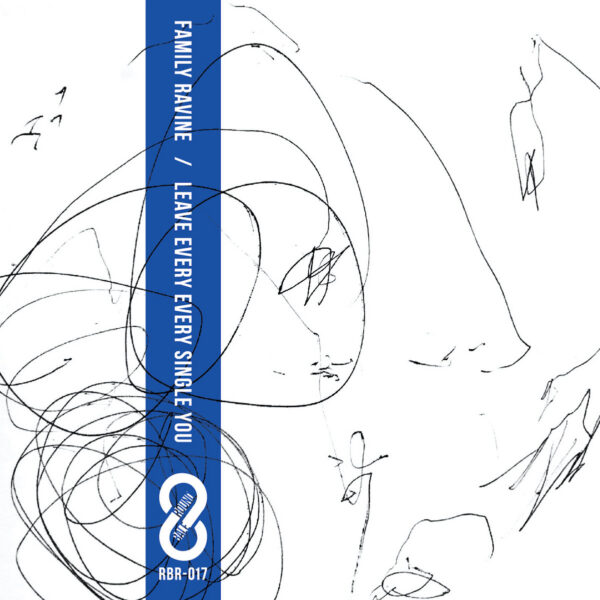 Cahill again on Leave Every Every Single You (ROUND BALE RECORDINGS RBR-017), a 2020 cassette released under his Family Ravine guise. Quite unlike the above, this Cahill’s take on the “acoustic psychedelic folk” genre that, I suppose, used to be the preserve of the Foxy Digitalis label, or perhaps Matt Valentine or Wooden Wand and their many imitators from 17-18 years ago (some of which still emerge from parts of Kentucky). Kevin plays possibly overdubbed acoustic and electric guitars, and the surface sound is rather conventional at first glance, but what I enjoy here is the slightly illogical manner in which his meandering instrumentals proceed, creating quite diffuse effects and a strangely disconnected feeling. The creator freely owns that he suffers from insomnia and anxiety, plus feelings of depression and loneliness, but he has managed to make artistic capital out of these emotional states, channelling them into this heartfelt and very attractive music, a process which might even be therapeutic for him at some level. Indeed, he relishes the coming of the “dream-real split” which arises from another sleepless night, and this has influenced the nature of these centre-less, vaguely “unreal” recordings. As such, I prefer this semi-mystical approach on the guitar to hearing the strums and picks of yet another Fahey-Basho imitator. The first 25 copies arrived with a small book of related writings by Cahill. 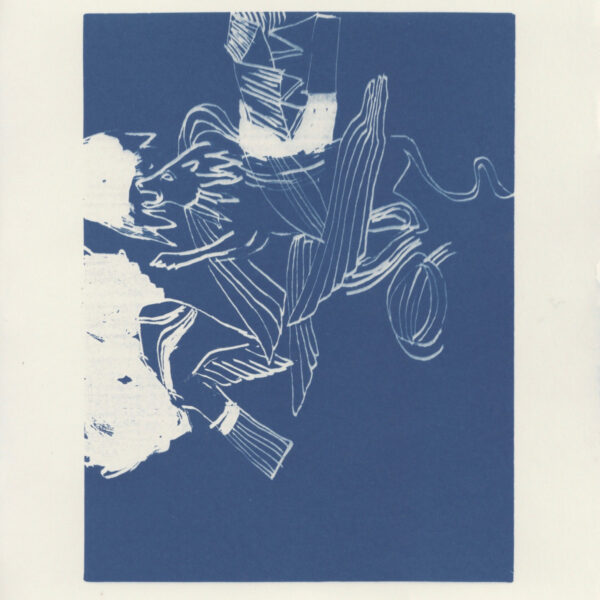 More guitar music on Kirkfield Non, credited to East Of The Valley Blues – which is the duo of Kevin and Patrick Cahill. This has been released by the UK label Death Is Not The End, which showcases interesting and obscure contemporary music in its catalogue, along with early blues and folk rarities and Harry Smith Anthology reissues, plus assorted volumes of Jamaican doo-wop. The Cahills produce very enjoyable string-based instrumentals which seem to encompass elements of blues and folk-inflected roots music alongside a more “kosmische” vibe, an aspect which might simply be due to the addition of guitar distortion which adds a deliciously astringent, yearning tone. I especially liked ‘Automatic Biography’ on side one, where the players are caught up in something so urgent and important that they can’t stop playing it, still less keep it under control. The long title track on the B side has more of a “pastoral” feeling and is mixed in with windy outdoor field recordings, but still underpinned by a driving sense of compulsion, like a ride on horseback across endless countryside. This duo might almost give Dredd Foole a run for his money. 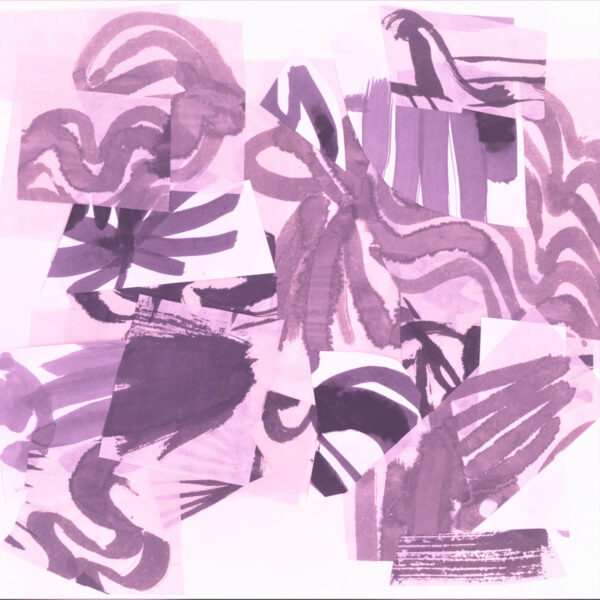 Fourth item is a split released on Kevin’s own Power Moves Library label. On the A side of 1/2s (POWER MOVES 018), Talugung produces a series of tones and skeletal chords to summon a wistful and cryptic mood. This is fellow Canadian Ryan Waldron who I don’t think we’ve heard since 2010 on his unusual Anura record. He likes home-made instruments, but on this tape he could be playing a modified chord organ or other keyboard. The B side is more Family Ravine music, two or more guitars overdubbed with a much more determined sense of purpose than heard on the slightly more wispy cassette above. Repetition and patterns is one clue, so is the remorseless minor key setting. Cahill isn’t one for demonstrating guitar prowess or technique, but there are some nifty moments of hammering-on and country blues-styled fingering in these meandering riffs.