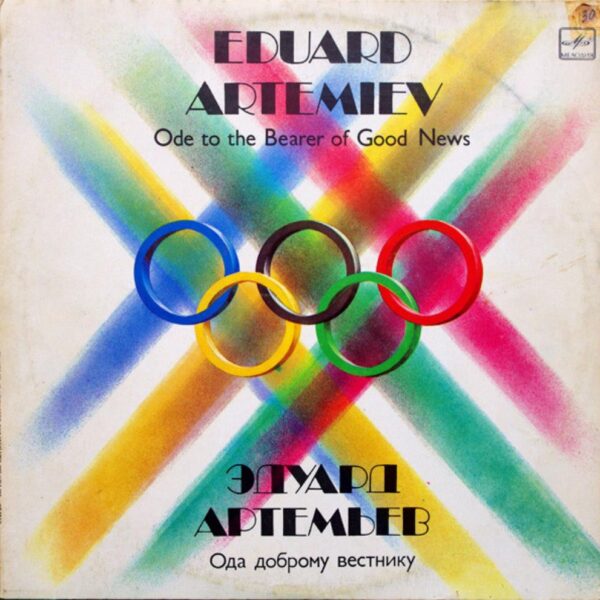 Well, contrary to the album’s title, I haven’t really come to bear good news … I just discovered that Edward Artemyev died yesterday (29 December 2022, the same day as Brazilian football player Pele, British fashion designer Vivienne Westwood and Italian film director Ruggero Deodato of “Cannibal Holocaust” notoriety) in Moscow at the age of 85 years. A composer of electronic music and film music scores, the best known of which (outside the USSR and the Russian Federation) include his scores for Andrei Tarkovsky’s films “Solaris” and “Stalker”, Artemyev had a long and prolific career as a composer, starting in 1967 when he wrote his first composition on the ANS synthesiser (created by Russian engineer Yevgeny Murzin in the late 1950s) and continuing well into the 21st century – one of his last film music scores was for “The Heritage of Love” in 2016. It’s incredible to think that nearly half a century after writing his first music composition, Artemyev was still active as a composer well into his late 70s / early 80s.

For those not familiar with Artemyev, perhaps this album isn’t his best work, but it does have an interesting history: it was originally composed for the Moscow Olympic Games in 1980 but as those Games were boycotted by much of the West in protest at the Soviet invasion of Afghanistan in December 1979, the music soundtrack ended up being ignored. To add insult to injury perhaps, the Melodiya label released the vinyl LP recording in 1984 (rather late in my view) and by then global attention had turned to the Los Angeles Olympic Games which the Soviet Union and its allies boycotted. Given that the album’s theme is one of peace and friendship achieved through sport competition, its history of being ignored through various unfortunate and highly politicised circumstances surrounding two Olympic Games seems most ironic.

The album exhibits a split personality in alternating between the beautiful and pristine spacey ambient electronic music on the one hand, and the ear-splitting bombastic symphonic rock with the heroic operatic tenor and three state choirs. The worst part of the music is the vocals: on some tracks the lead operatic male vocal and the choirs are loud and over-bearing for music that sometimes has a delicate touch and a dreamy air, and which needs to be treated with respect and tender loving care. This means the best parts of the album are mostly synthesiser-dominated space-ambient pieces where the voices are kept firmly at a distance. The first track especially is very good: true, it is very much of its period, steeped in 1970s-era cosmic progressive synth rock and not far from the territory of bands like Tangerine Dream, but with the addition of crazed bombastic lead guitar and a distant background choir on a rollercoaster ride zinging through the universe at light-year speeds. Track 5 also boasts some very lovely instrumental ambient synth music, if you can ignore the singing; spanning an array of genres from delicate melodic space ambient to symphonic progressive rock with operatic vocals, this part of the album typifies the wild musical approach used across the entire recording. I must warn that Track 9 can be unlistenable in its sheer scale of orchestral symphonic and full-throated choral kitsch.

Trying perhaps to please everyone, no matter how much their musical tastes clashed, and perhaps having also to adhere to the music equivalent of Soviet artistic realism, Artemyev ended up composing and playing a work of often ostentatious and overwrought earnest rock-pop opera, but redeemed in parts by some beautifully gorgeous and dream-like electronic music that can take you far into another, more blissful and serene universe, one far beyond and above the political squabbles of nations.