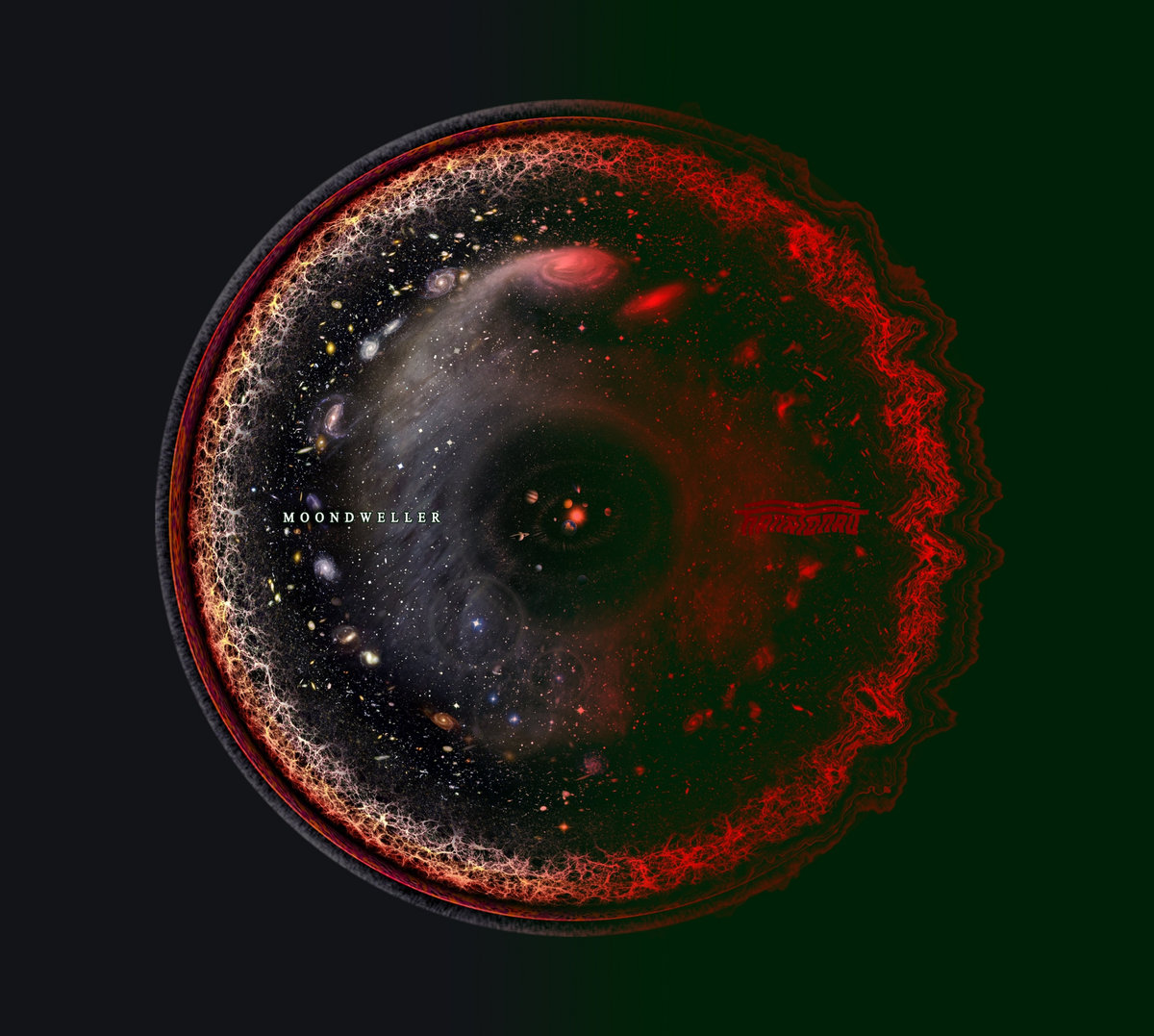 Two cosmic darkspace BM solo projects on Russia’s GS Productions label join forces for this split recording of travel into the deepest parts of space, whether these are inner-most spaces of the mind and imagination or the outer-most parts of the physical world. Moondweller hails from Russia and is master-minded by BM aka Bogdan Makarov who also runs a fair few BM side-projects and Eija Risen aka Piotr Chojnacki is the Polish overlord of Thanatonaut.

Moondweller blasts off first with two tracks of soaring epic cosmic atmospheric BM that combine serene synthesiser drone wash, rugged electric guitar melodies and harsh background vocals. The guitars have a clear siren sound which contrasts well with the smooth if bland synth tones and the harsher BM style. The two tracks are busy, busy, busy and feature plenty of variation in rhythm, beat and riffing – but the music does appear bland most of the time and all too often is more bombastic and self-important than lean and energetic and hungry. Even though the two tracks are not long, boredom sets in too early and quickly in both of them.

Thanatonaut has a grittier, meaner sound and style with a hellish horde-of-hornets guitar sound in its two tracks which are parts of one meta-work “Towards Thermodynamic Equilibrium”, in which the end goal of 100% entropy and no energy means annihilation. The music on these tracks is less ordered and a little more chaotic, and has a focused and sinister bent. Part I seems very much like a preparation for an endless journey with guitars revving up while synthesisers and various sound effects are beavering away at building up a hellish, noisy and shrill sound universe. Part II seems like a more conventional blackened doom piece with progressive rock / space rock elements in its combination of BM guitar noise drone and clean raindrop synth tones. A definite immersive, even mesmerising effect that has an odd whiff of desert country drone appears in this second track.

All four tracks probably could have been longer though the Moondweller pair may well have ended up just putting on extra padding with no more energy or direction than the two tracks already have. The Thanatonaut tracks conjure up such amazing soundscapes of a vast alien desert hell stretching out under cold space that they really could continue as far as those barren rocks and strange landforms do. But eventually the goal is in sight and those deserts absorb and swallow all available energy and become dark and silent forever.