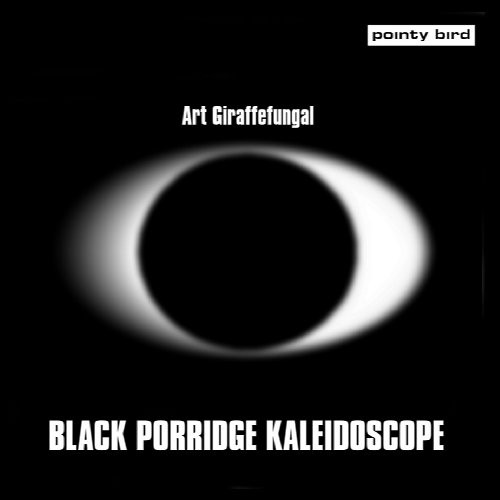 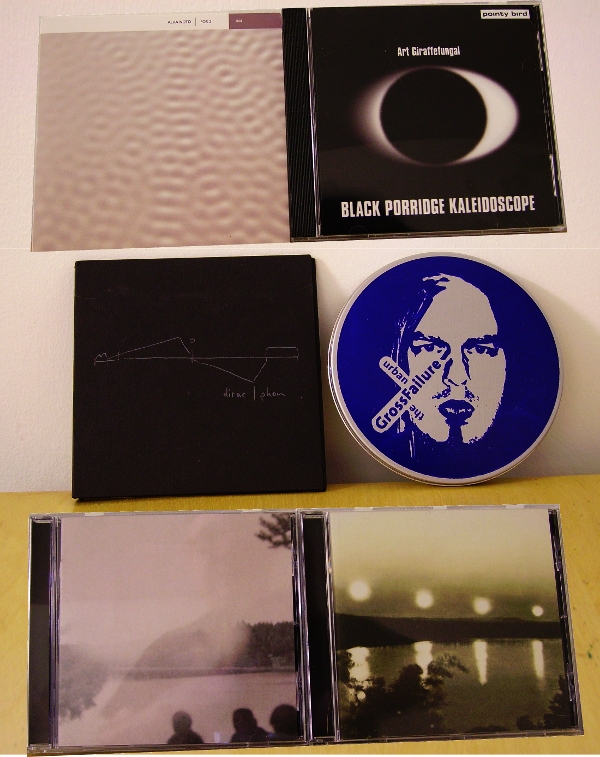 Today the sky be grey and overcast, yet at this time I stay indoors and listen to a brace of ingenious sound art pieces by noted Swede artist Dan Fröberg. On The Existence of Do-Ti-La-So-Fa-Mi-Re-Do Is Everything! (iDEAL RECORDINGS 096), we hear church organ music played by Mikael Wahlin and reprocessed by the composer into a 47 minute wodge of gloomy, introspective layers of ethereal drifting and interlocked patterns of mild delirium. Strange metaphysical photos of shadows and barely-glimpsed figures add further puzzling meanings to this lengthy meditation, one which cannot help but elicit deathly and unhealthy feelings in the paralysed listener. Mutate as it may, the ghastly sound only transfers us from one grisly cloud of uncertainty to another. A seamless construction that is part music, part inescapable Chinese trap.

At Dawn We Fall Down the Stairs (iDEAL RECORDINGS 069) is built up from field recordings and the glass harmonica, producing on the surface something that is pretty much the darkened obverse to the above, yet claw your way beneath the blank surface to find further scattered clues and fragments of information. No less relentless, it’s another gas-laced puzzler, inducing vague sensations of existential despair. The voice parts and snatched conversations that leak into the music add to the horrifying alienation of the music (nobody here seems to be remotely human), and you feel yourself being exempted from the entire human race with the clinical precision of a cruel, absurdist psychologist from Vienna. Intended as a dual-canvas diptych and released simultaneously with catalogue numbers that are exact inversions of each other to prove it, these two testing releases will gradually erode your hopes and shatter your dreams with their curious admixtures of sound, image and text.

Little cheer or warmth found I on the emptied-out ambient worlds of Dirac, as evidenced on their new Phon (VALEOT 009) CD. This trio do the now-commonplace thing of reprocessing acoustic music (for example, the clarinet performances of Susanna Gartmayer) and layering it with field recordings, doing so on a bank of laptops dedicated to this purpose. A sombre, ineffectual and unchanging monotony results from their digital labours. The surface is professionally polished, but it’s an unengaging listen.

Alva Noto composes short examples of his characteristic precise and ingenious electronic music as a tribute to various cultural heroes on For 2 (12K LINE 044), among them musicians, a film-maker, an expert in industrial design and a dramatist. Of particular interest to me is his tribute to Andrei Tarkovsky and his famed cinematic work Stalker, and a gorgeous wintry statement of slowly-heaving bare-tree music dedicated to Phill Niblock. Apparently this is the second in a series wherein Carsten Nicolai raises the flag in salute to a shopping-lost of avowed influences and taste-definers. It’s a bit like a version of that idiotic celebrity show Come Dine With Me, except the host is actually intelligent and tasteful, and it’s worth spending time in the company of it.

Art Giraffeungal provides an intriguing array of short electronic experimental noise-bursts and static attacks on Black Porridge Kaleidoscope (POINTY BIRD RECORDS PBIRD007). Little is known about this cunning abstract-a-thon loner genius, although he comes across as an advanced form of successful bedroom-cassette music. His use of filters has a sickening ingenuity, although my preference is for those moments when he keeps affairs as simple as possible and we have to deal with unadulterated portions of nasty electronic sludge. Not exactly a noise record, this twisted little gnarlamoon occupies a narrow stretch of its own choosing and adorns its odd gestural swopes with titular references to outer space, radios, minerals, geometry, and so forth. The evil twin of Ian Helliwell at work!

Another nifty CDR release GrossFailure ([/] No 23) from the Urbsounds Collective label, this time sent from their lair in Bratislava (previous outings have arrived here from a London base). Two acts, The Gross and urbanfailure, team up and collide in a snow-filled virtual space, occasionally remixing each other’s work on 15 tracks of endearing clunkiness and fascinating grey anti-rhythms. While not as immediately excitable and impolite as previous urbsounds items, this one has oodles of character and eccentricity; and I always enjoy this sort of cluttered, erratic and unpredictable approach towards beat-based electronic music which seems to be the label’s hallmark. Buy this limited (49 copies) item in its metal tin while you can, and sample the happening booms and bangs from Cheylabinsk and Bratislava!