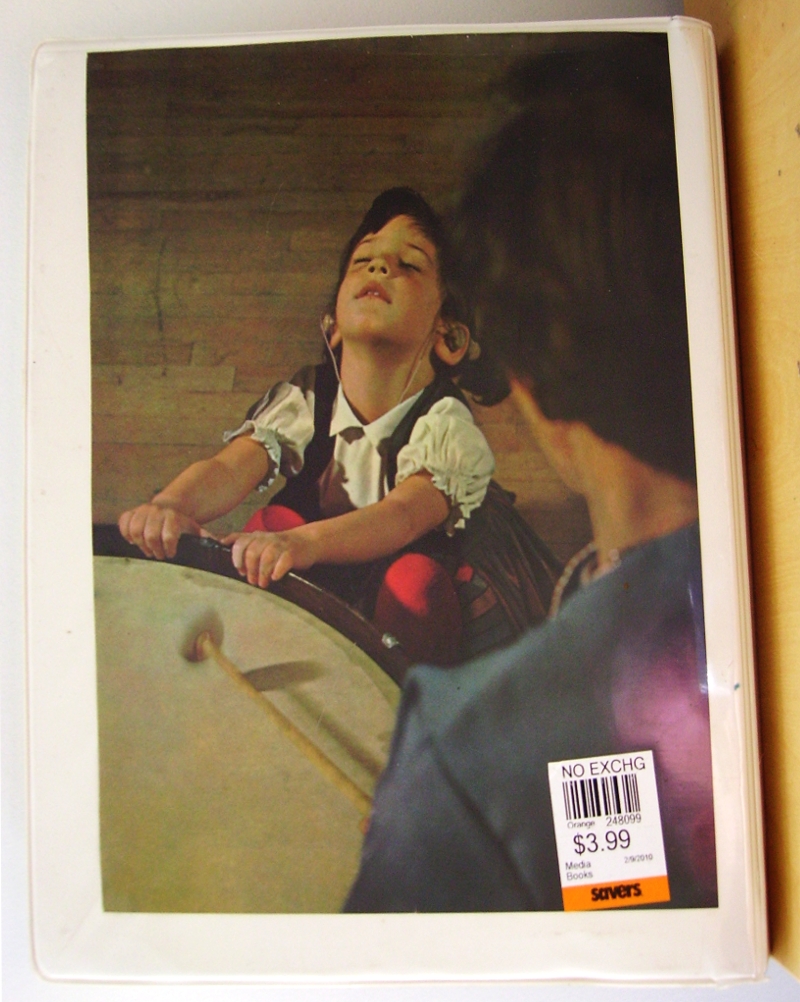 This oddity arrived from Austin Texas about the end of last month from a person or organisation who dub themselves “Festival Of Failure”. Two intriguing found photographs, perhaps filched from the covers of Scientific American, convey something of the American aspirations through the 1960s and 1970s in the areas of sonic devilry. Open up the outsize plastic carton to run your rookers over 16 full-length albums all on cassette tape, from a project called The Noisettes. A quick scan of the hand-written titles suggests our Texan cousins may have no small interest in the realm of early analogue computer systems, space travel, and also a penchant for words and phrases that somehow express blankness and vacancy. So far not a single human name to be found. We also see that the cassettes themselves have been recycled, using talking books and religious tapes probably salvaged from skips or local charity shops. The previous provenance of these palimpsests has been scribbled out with a marker pen. Plus there’s a whole sheet of pre-printed label stickers where the creators have had mucho fun with fonts and graphics, suggesting we can pick whichever label we see fit to apply to the tape (and by extension, the music itself). Finally we find a printed insert, which doesn’t reveal much at all but implies The Noisettes have been a concern since 1991. They use old photos clipped from high school yearbooks and attach aliases to them: Noah Nine, Joy Von Space, Mansard-64. They namecheck some of the benchmarks in minimal electronic music (Cluster, Eno, NWW) and scatter further clues relate to space travel. As we speak I am spinning one of the 16 tapes (Asteroid Pop / Ricecandy) picked out at random, and it’s not half bad – very anonymous, simple and blanked-out electronic semi-ambient pulsations that suggest a lengthy and rather boring ride by shuttle over some empty lunar terrain. Perhaps the website will give us some further clues. If you go to http://www.noisettes.cjb.net/ you’ll find out it’s actually all one friendly bloke who will be more than happy to copy one of his albums for you for the price of postage, if you send him a blank tape. A determined proponent of hand-knitted analogue music and artefacts, he states “lately I’ve been feeling that since CDs are so prevalent and easily replicated that there is the potential of the audience to feel a sense of no actual craftsmanship on the part of the artist anymore.” More stuff, including videos, at http://www.myspace.com/noisettes.