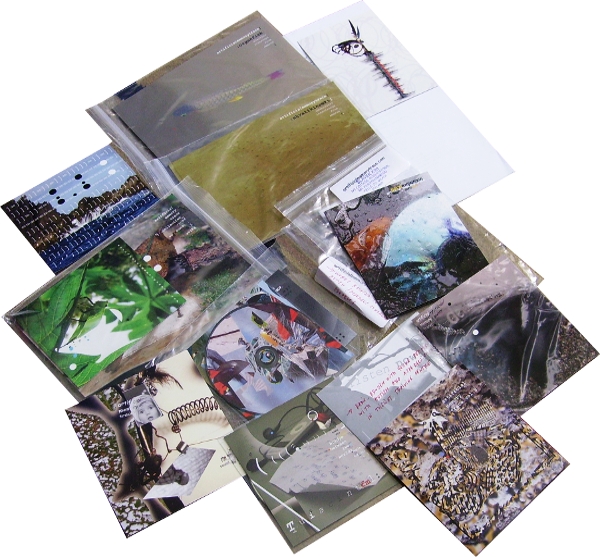 Artificial Memory Trace is Slavek Kwi, a sound artist from Czechoslovakia who moved to Belgium and is now based in Ireland. Some time ago we noted his Singtra record which was released by Waystyx Records and featured the reprocessed sounds of trams in Prague. He sent us two generous parcels of his own self-released projects and later emailed to say “I am now in Newfoundland, trying to collect another underwater sounds”. There’s a press pack which expounds at some length about his recent Surroundings project, one which involves inviting schoolchildren to interact with an audio installation at St Declan’s School and thereby “awaken their artistic sensibilities”. Learning through sound. Seems to have been a significant success if the enthused remarks of children and teachers are anything to go by; and there was a concert-installation held at The National Concert Hall (Dublin) in 2009. Let’s attempt a blow-by-blow listing of the items in the bags: