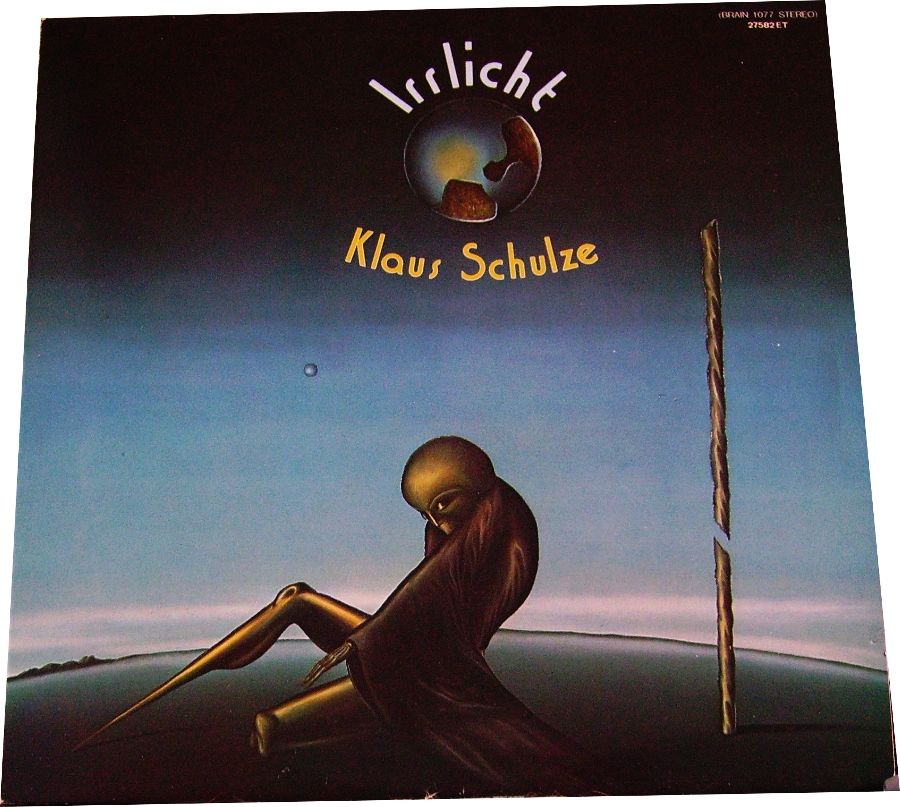 To put it more accurately these are recent purchases rather than current listening, but that’s the world of collecting vinyl for you. What I mean is that the purchase of a record becomes a substitute for listening to it. Picked up these at the Olympia Record Fair on Saturday 18th. I haven’t been to a record fair for some time and had almost forgotten what a sad, defeated air lingers over the heads of all, both dealers and music fans alike. On the other hand, I emerged into the light with not a few musical treasures clutched under my arm.

The Soft Machine (PROBE CPLP 4500). Their first two LPs are, to me, unmatchable, unique examples of genuinely innovative and exciting music from the 1960s, an eccentric Angloid fusion of rock, jazz, songcraft, and psychedelia. Recently I snapped up some very good CD remasters of both and the bracing listening sessions reminded me how superlative these albs are. Now here’s a vinyl original of the first LP on Probe, complete with rotating insert in a gatefold sleeve. Can you imagine the costs of printing and building this sort of contraption? It’s always amazing to me how these things survive over time, but it’s printed on very sturdy card.

The Soft Machine again (HÖR ZU BLACK LABEL SHZE 908BL). This is a compilation of tracks from the first and second LPs. It’s not my normal behaviour to snap up something based on the cover alone, but I liked the cover art and I like the Hör Zu label. This was a German budget label in the 1960s and 1970s, whose name translates I think as “Listen to this”. I suppose they were intended as an affordable way to circulate music around in Europe. Now these issues are sought after by collectors and command quite respectable prices.

Klaus Schulze, Irrlicht (ARIOLA 27582 ET). Already got Irrlicht on a CD reissue and it was one of the first pieces of German electronic music to expand my horizons and broaden the meaning of krautrock for this listener. Unlike that CD, this vinyl edition has the proper cover art, although it’s a later (1976) issue from Benelux as opposed to the Brain original, which I doubt I shall ever see. Spun this one already. What a masterwerk of minimal droning electronic sludge. It’s a suite that seems to get longer every time you hear it. How do they pack that many grooves onto one side of an LP? Also I fancied that I could hear some faint traces of European classical music (e.g. Haydn or Mozart) lurking in these stripped-down structures. Schulze went on to make a million and one LPs in similar vein, but this early one is the best. Cyborg is worth hearing too.

Lalo Schifrin, Marquis De Sade (VERVE V6-8654). Years ago picked up a lovely CD reissue of this Creed Taylor-produced oddity. I always liked it and gradually cultivated a desire to also own a vinyl edition so I could peruse the cover image in more detail. I also have other motivators for my spending six bones on a copy. Lalo explores aspects of J.S. Bach and other baroque music, integrating it with big band jazz and swing elements with intelligence and taste. His harpsichord work is supreme! The elaborate title is apparently a jokey take-off on a famous (and very serious) play by Peter Weiss which had premièred a couple years before. Spun side two of this one and it comes out a little crackly between the tracks, but I can live with that.

“Blue” Gene Tyranny, The Intermediary (LOVELY MUSIC VR 1063). Have a feeling he didn’t make that many records for Lovely Music. I wrote about his Out Of The Blue, reissued as a double CD set by Unseen Worlds, last year. It’s one of the most gorgeous things I’ve ever heard to be set forth in the name of American avant-garde music, and since “Blue” Gene (Robert Sheff) is so gifted in the songcraft area, it strikes me that he should have been involved in music production for bands like Steely Dan or Boston. Or maybe not. Looking forward to spinning this beaut.

Also snarfed up these CDs from a stall which offered 3 for £20. Note that everything I glommed is a double-disc set! One of the things I like about these fairs is you can pick up some ridiculous bargains.

Yes, Tales from Topographic Oceans (ELEKTRA/RHINO 8122-73791-2). Got a couple of these Rhino remaster repackages, at least for the Yes albums I want – Relayer and Close to the Edge. This prog monster from 1974 came to be regarded as the epitome of everything that went wrong with British rock music. In my youth I only ever had a copy dubbed onto cassette, so looking forward to hearing this ultra-pretentious stretch of show-off musicianship in its full lushness. As I recall from the BBC Four documentary on prog rock, Yes had reached a point where their music was so complex they couldn’t remember what they were doing in the studio one day from the next. Great!

Taj Mahal Travellers (WALHALLA WH 90384) – a 1971 double disc set of these subdued Japanese drone-improv monsters. Often used by some writers as a touchstone for all that is unknowable about early international improvised music. They famously played at the ICES Festival in 1972. This CD reissue is already four years old. Looks very promising.

Dennis Wilson, Pacific Ocean Blue (SONY LEGACY EDITION 8697 07916 2) – another overlooked masterpiece gets the full reissue treatment here with bonus tracks, the Caribou Sessions on disc two, and embedded PDF files. I am not as familiar with it as I oughtta be, but hopefully that’s all about to change. Another musician to have been the subject of a BBC Four doc, seems that the drumming Beach Boy’s life was blighted by tragedy and missed opportunities, but he didn’t lack for songwriting and singing talent.