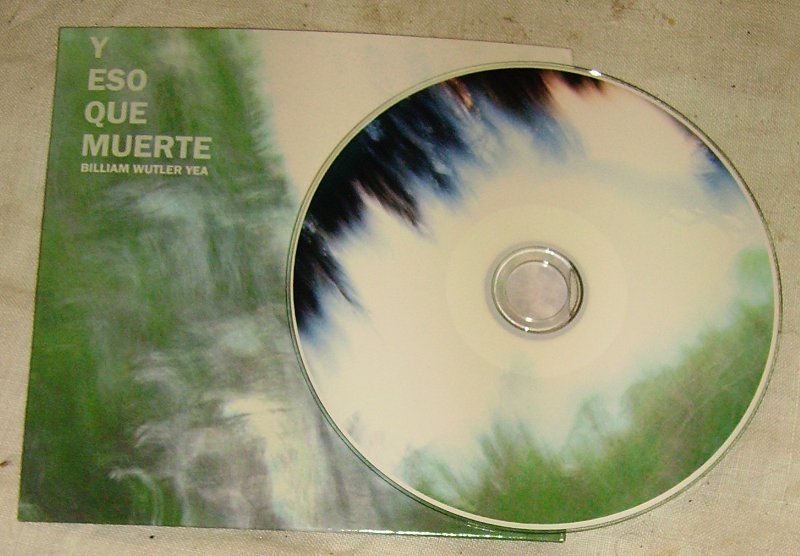 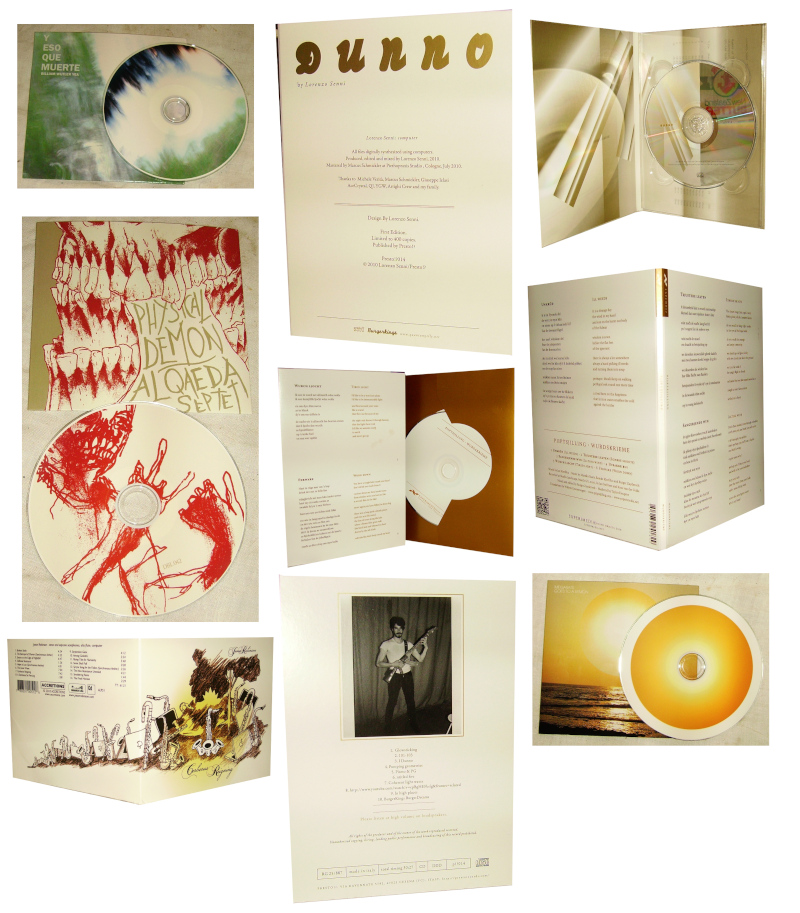 Piiptsjilling is a fairly unusual cultural mix, with three Dutch improvising guitarists Romke Kleefstra, Mariska Baars and Rutger Zuydervelt, plus a writer or poet Jan Kleefstra supplying the textual components which may be written in Frisian. On Wurdskrieme (EXPERIMEDIA EXPCD012), the musicians deliver themselves of incredibly taut, slow, and low-key plucking effects, with occasional rhythmic sighing and droning effects that may be electronic in origin. On top of these Mariska recites the texts in a voice that just exudes despondency and defeat, using these intense miniature verbal constructions that complain of poor light, bad weather, and unwanted growths in nature, using all of these as metaphors perhaps for the staleness and unprofitability of the world. (I’m going by the English translations to arrive at that view.) No coincidence that the package emphasises the texts and resembles a slim volume of avant-garde poetry more than a CD. The label that released this singular piece of spartan miserbalism will shortly issue Molkedrippen, a follow-up regarded as the “sister” of Wurdskrieme. If these are the siblings, I’d like to meet the parents…

Saxman Jason Robinson documents some of his solo live performances on Cerberus Reigning (ACCRETIONS ALP51), the second of a planned series of such releases. On it, there are numerous examples of his electro-acoustic approach to performance, manipulating the sound of his saxophones and flutes in real time with a computer and certain species of audio software, sometimes resulting in what he calls “duos with the computer”. An interest in classical mythology accounts for the title of this release, and further intriguing narrative elements are embedded in the track titles for this semi-conceptual work set in Hades. Full-bodied, not unattractive improvisations with some melodic elements, and many pleasing textures; recognisable human blowages quickly morph into odd digital twists and back again, in the space of seconds.

At first sight I thought Lorenzo Senni might be another extreme instrument-manipulator, basing my impression on the striking photo on the back cover of Dunno (PRESTO!? P!?014), where he is confidently wielding a ferocious metal chimera that’s half machine gun and half Fender Telecaster. My error, as there’s no guitar (or weapon) involved here and he turns out to have made all these blistering snappers and firework eruptions using a computer to synthesise soundfiles in some way; almost the “classic” Mego methodology, in fact. Senni never descends into robotic tropes or unpleasant noise, but remains entertaining as he dances like an agile string-puppet on the slopes of the volcano of impossible sounds. The track title ‘Pumping Geometries’ to me indicates very eloquently where his work resides, halfway between a sensuous oiled-up muscleman and a very precise mathematician. At just over 30 mins, this compressed nifteroonie of fun-loving scuffamaroons and burbles doesn’t outstay its welcome.

Here’s three items we received in October 2010 from Debacle Records in Seattle, a label devoted to records that are slightly weird some of the time. DBL042 is a split between Physical Demon and The AlQaeda Septet. The trio of Greenwood, Nelson and Kochel who make up Physical Demon scored a minor hit with us last year with their Hyperdrift eruption of crazy doom-noise, which claimed to be a “lost” recording from 1983; the two ‘Ommatidia’ suites here aren’t quite as intense as that, but the maniacal electronic swoops, illogical textures, multi-layered events and abiding sense of imminent doom in their very “maximal” music are all qualities we can find room for. The AlQaeda Septet players comprise three percussionists, a trumpeter, and three other guys on guitars, tape loops and oscillators, and their 17-minute ‘D’ is a very fine cloud of atmospheric musical-noise which I assume is all-improvised. Uncluttered and all of apiece, this workout manages to appear both diffuse and dense at the same time, declining to showcase any one instrument and yet still allowing key sounds to rise to the surface of their yeasty brew. An uncommon example of a group collaboration that gels very nicely.

On Goes To A Lemon (DBL032), we hear some pleasant electronic and ambient music episodes from Megabats who sometimes add beats to their major-key cosmic-styled synth noodling. This duo from Seattle do engender some nice moments with their Korgs and Emulators, but can also allow themselves to be too easily seduced by the sumptuous potentialities of their effects boards, especially the digital delay and phasing pedals. More inventive, and much more abrasive, is the work of Billiam Wutler Yea, a Russian player who brings us Y Eso Que Muerte (DBL040); on this release his theme ‘Inner Pole’ seems to be one long piece divided into a set of 9 bite-size chunks, followed by a longer extemporisation on the same lines. Tape loops, powerful distortion, voice samples, shortwave radios and more all tumble out of this churning and restless anti-drone music, evolving and reinventing itself all the time. I find that, unlike Megabats, Yea manages to transcend his mechanical methods and materials through his art, and arrives at his own form of rough beauty. Another example of “maximal” music, there are plenty of good nourishing meaty chunks to be glommed out of this digital soup.