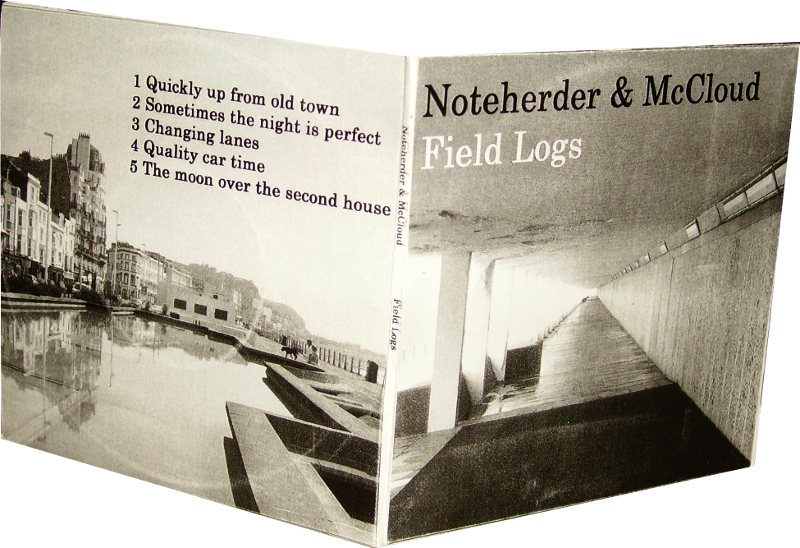 Having recently mentioned the netlabel Woe Betide, I just found two more submissions from them crammed down the side of my expensive leather sofa. Unbidden (WOE BETIDE 001) is a solo electronics record from David Grundy where he’s performing tentative manipulations with monotonal frequencies on the title track, in ways that require the listener to tilt head like a pivoted camera to appreciate the variances of his sonorities. While that piece is quite rich and steely, ‘Borne of the 4th of July’ is a somewhat grungier foray into the worlds of forbidden “harsh noise”, and is less successful to my mind; it takes a long time to get into gear and is lacking in necessary force to compete with the many practitioners in this area. Grundy says he wants “to make it an ordeal” and intends to “test listening endurance” with this release. The other item is Zariba (WOE BETIDE 002), a sax record by Mark Anthony Whiteford, which includes the rather nifty ‘Radio Breath’, a piece for alto sax and two radios. Potentially very interesting, this 32-minute workout is subdued and quiet but no less of an endurance test than Grundy’s lengthy electronic endeavours; Whiteford does indeed appear to be allowing his muted, minimal and breathy passages to rise and fall in sympathy with the barely-audible white noise emerging from his detuned radio sets. There’s also ‘Blood’, which uses sax, percussion, electronics and voice, and has some conceptual connection to the G20 protests, a political dimension on which Grundy expounds in his notes. Not a violent piece as you might at first expect, it’s more of a sullen and melancholic wail of defeat.

Temporary Perspectives (ORGANIZED MUSIC FROM THESSALONIKI #10) by Syndromes has been sitting in the box since early October. Subtle work from Greek contender Kostis Kilymis, who generates long passages of mumbling and soaring by combining field recordings with white noise, microphone feedback, musical instruments, and computer processing on these recordings made 2006-2009. He gathers these electro-acoustic pieces together under the aegis “4 Studies on Human Perception”, but I can’t help asking what it is we’re supposed to be perceiving within these tedious stretches of abstracted murk. They appear as void of humanity as the photographs that appear on the cover, all vacant garden terraces and empty chairs.

On Gleam (PORTER RECORDS PRCD 4047), Miguel Frasconi applies his gifted hands to assorted glass objects and a glass harmonica, weaving his transparent spells to the accompaniment of Denman Maroney and his grand piano. Frasconi is persuaded that the duo share common ground in their approaches to sound production and improvisation, and is pleased by the way they produce music that can easily be mistaken for electronic sound. Indeed a remarkable range of unusual effects and styles (chimes, drones, grumbling noise, shimmers and grinding steel) to be heard across this album, which was recorded in a single day. Gentle and evanescent, but very far from being “twee” or a novelty record. One to keep alongside your copy of Annea Lockwood’s Glass World.

Noteherder and McCloud have visited our pages before. They make pleasing combinations of soprano sax improvisations with electronic music, and Field Log (NO NUMBER CDR) contains five such examples of their craft, with Bartosx Dylewski appearing as ‘Extra Voice’. Maybe short 3-4 minute pieces suits them well; this record has a nice sense of urgency which I like, mostly propelled by the zippy sequencer blips and groopy bursts emanating from Geoff Reader’s black boxes. Good abrasive textures and bad-tempered moods, plus a rough edge to the recording quality. Their work always seems to have a slight edge of danger.

German genius composer Marcus Schmickler once again displays his high ambitions with his newie Palace of Marvels (Queered Pitch) (EDITIONS MEGO 113), aiming at creating a sort of impossible music, the audible equivalent of an optical illusion. It’s based on a scientific discovery called the Shepard-Tone, a phenomenon concerned with rising and falling tones which don’t seem to get anywhere (much like an M.C. Escher staircase), and Schmickler intends his ideas to resonate into the worlds of fine art (via art historian E.H. Gombrich) and politics, through Jacques Attali. This may seem a heavy intellectual burden to place on the shoulders of this highly abstract computer-based synth music, but you’ll be astonished at the results. Without understanding why or what’s happening to you, a palpable sense of disorientation falls upon your corporal frame, and you’ll find yourself trying to sip a bottle of beer through your elbow. My copy is in a plain “promo” card sleeve but as usual I will make every effort to provide an official cover image for my readers. Also available as a double LP.

Following their recent Merzbow item (see earlier post), Prisma Records offer us another crossover item that plants its feet in the worlds of music and gallery art. There’s only one seven-minute track on Hommage à Anna-Eva Bergman (PRISMA CD709), but it’s a singularly gorgeous and intricate piece of cello work, rich in ideas and intellectual rigour, while quietly incandescent with a sort of doomed, ghostly beauty. Tanja Orning was commissioned to make the work for an exhibition of Bergman’s drawings in 2002; I think she’s only performed it on one other occasion since then, for a retrospective exhibition in 2010, and this is the recorded version we hear. Less is more. That’s one of Bergman’s artworks on the cover, called ‘Blue Mountain’, and that’s the kind of drawing where I think you just need to stand in front of the actual piece of paper and let it sink slowly into your central reservoir. I never heard of Bergman’s art before, but it looks like she had the kind of deep intuitive relationship with the landscape (and the sky) that few souls are blessed with. You could do worse than taking this virtual tour on YouTube while spinning this excellent record.