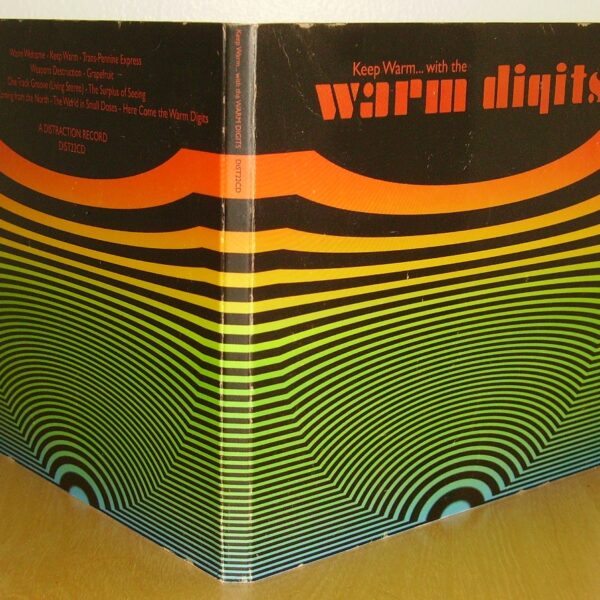 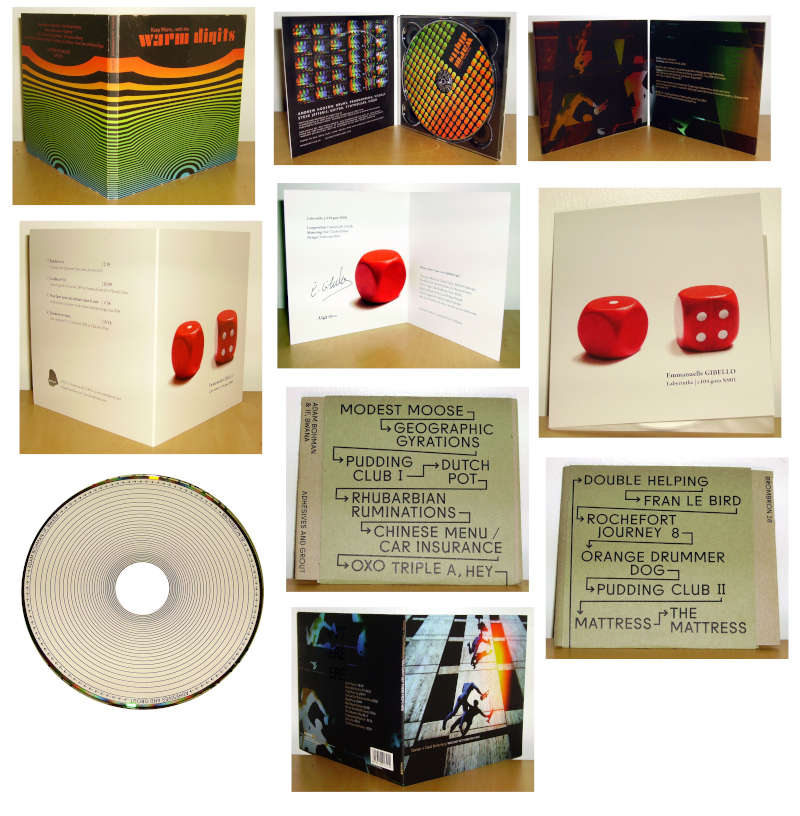 Warm Digits are a whole-hearted “retro” duo from Newcastle, producing a lively and hugely entertaining form of melodic Krautrocky-beat combo music on Keep Warm…With The Warm Digits (DISTRACTION RECORDS DIST22CD), and as their name suggests they reintroduce heat, passion and friendliness to the area of digital music, which may be in danger of growing too cold, clinical and sterile. Steve Jefferis plays guitar and synths, Andrew Hodson drums, and both are involved in the production of visual and video materials which I assume accompany their live sets. A couple of the jokey titles, such as ‘Trans-Pennine Express’ and ‘Here Come The Warm Digits’ admit to everything up front, pre-empting everything the critics are going to throw at them in terms of Neu!, Kraftwerk, and Eno references, but a “wacky” band they ain’t, and they do a much more convincing and danceable version of the electro-beat thing than the dreadful Add N To X, if anyone is unfortunate enough to remember them. A fab release.

For a more subdued take on electronica, there’s the new release You Can’t Get There From Here (MONOTYPE REC MONO038) from Scanner and David Rothenberg, where the laptop music of Robin Rimbaud meets the clarinet playing of Rothenberg; the album is a species of spindly lounge-jazz riffs, accompanied by filtered and pulsating loops in a vaguely art-gallery ambient setting. The combinations of sounds are pleasing, but I feel the performances don’t really develop, and each piece stands in one place like a sort of hologram artwork, sparkling briefly and saying little. I want to persevere with this one however, as David Rothenberg seems a very genuine and inventive polymath sort of chap, a nature-studying academic who integrates his ideas about birdsong with his clarinet playing.

From Holland, a tremendous team-up of two maverick eccentrics Adam Bohman and If, Bwana. Long have I admired their many manifestations and issuances, but I didn’t appreciate they were old friends since the 1980s. This session from the summer of 2010 sees them producing many a churning morass of grinding, scraping and vaguely spring-loaded tootling grumblement and moanage, presumably generated from multiple desktops and tables loaded with an array of non-musical devices; the very title, Adhesives And Grout (BROMBRON 18), shows they’re able to poke fun at their DIY and garden-shed approach to improvisation for this release. They also perform a few tracks of concrete poetry, in some cases apparently just plucking found words and phrases out of the local shopping paper and transforming their utter banality into sheer magic, by overlapping the dialogue and through the combination of their distinctive speaking voices: Bohman as plummy as a Christmas duff packed with raisins, Al Margolis withering everything in sight with his acidic sardonic whine. Lads, Bob Cobbing is smiling down at you from his corner of Heaven where he’s just opened an infinite version of Better Books. And just look at those track titles – ‘Rhubarbian Ruminations’ is the most perfect two-word description of the whole album, redolent of a secret allotment or orchard where the very fruits and vegetables are conducive to metaphysical contemplation. And who wouldn’t want to be a member of their ‘Pudding Club’? Let’s hope this is the start of a new musical genre…Groutrock!

Labyrinthe (BRUIT CLAIR BC05) appears to be the debut release from Emmanuelle Gibello, a Sorbonne graduate from Paris who has done some live performances with electronics and multi-media settings. Her approach to the field recording genre is highly imaginative and these four cuts (two of them quite lengthy and indeed very labyrinthine) will reward many further spins. Subtle and underplayed, her sources are I suspect not intended to be decoded or identified, so much as used as triggers for personal resonances and internal fictions; she admits to being inspired by literature and science fiction. It’s about time someone started putting field recordings to some compositional use, instead of inviting us to simply contemplate the immersive joys of nature for a change. Extremely “sensible”, in the French meaning of that word, these compositions have many hidden corner and still waters running deep…if you’ll pardon the mixed metaphors. Check back in a few years and we may be looking at a worthy successor to Lionel Marchetti. And if you buy one of these 300 numbered copies, you’ll have her autograph in your collection. Roll them bones!