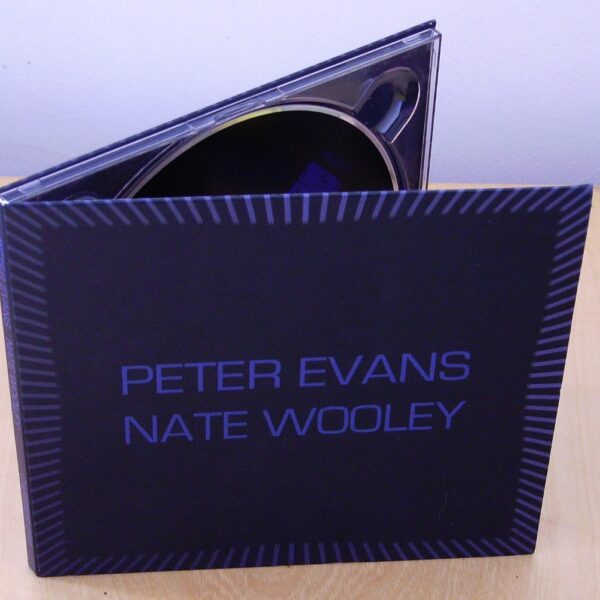 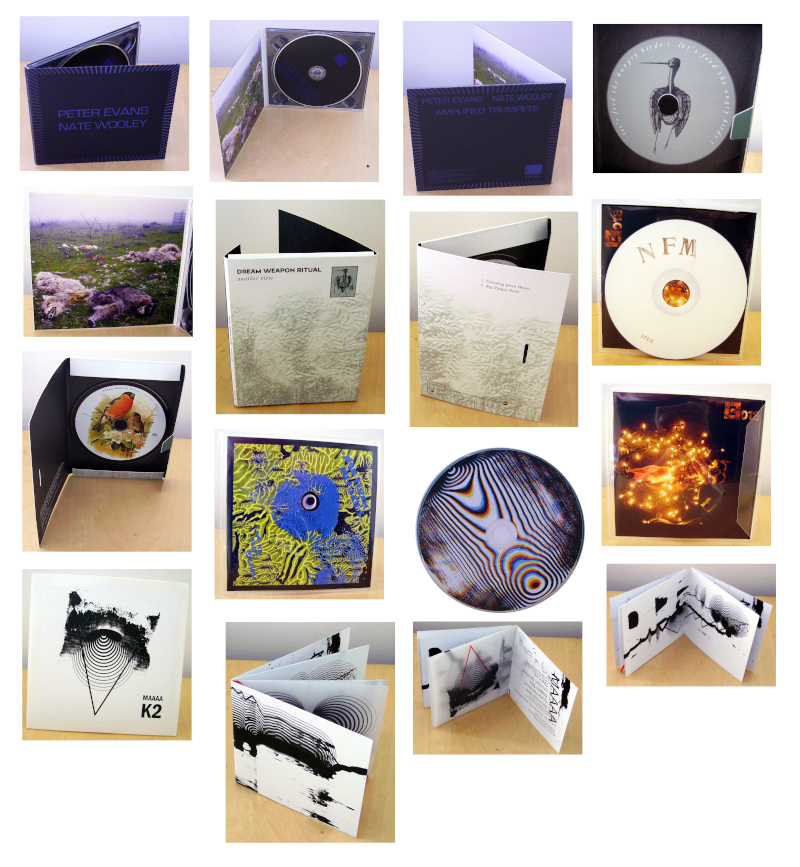 Solid Jacksons in your House

Excellent amplified trumpet work by American improvisers Peter Evans and Nate Wooley on High Society (CARRIER 010) from Carrier Records in New York. Seems the two of them have been working as a duo for about five years, but both have behind them an impressive list of collaborative work with many of the big fish in the international world of improvisation. On these six quite lengthy cuts, there’s a variety of engagement with the set-up, raw tones and impolite parpling effects wrestling together in a potentially dangerous arena. Sometimes they’re content to explore the long hearty tones and feedback from the amplifiers, other times the imperatives for performance are soloing in an urgent spastic fashion and a commitment to intense multiple note-production, as though their daily wage depended on how many C-sharps they can blow before close of business. Breathing techniques, spluttering lip movements, and valve fingering actions are all magnified and enlarged in frightening detail, and the modulations (some might call them collisions) between natural acoustics and electronic amplification are negotiated and exploited to everyone’s advantage. Hendrix-meets-Evan Parker in the living room of Wolf Eyes. And speaking of wolves, what’s the deal with the photograph inside the digipak here? It’s a pastoral tragedy for sure, like a Tarantino standoff in the animal kingdom, fortunately without the stage blood strewn everywhere.

Another hypnotic item from the wonderful workshop of Simon Balestrazzi in Italy, who teams up with Monica Serra as Dream Weapon Ritual and released their 20-minute CD Another View (MWT 04) on his own Magick With Tears label. This wispy but potent brew is concocted using exotic stringed instruments such as the psaltery and the cümbüs, along with guitars, electronics, the VCS3 synth, and various sonic manipulators such as the Kaoss Pad mixing desk. Not forgetting the many layers of voices, which whisper and scallop around the charged recording environment in ethereal ways, making good the press release claim about “an aural world populated with ghosts”. The first cut ‘Unending Green Waves’ is a dreamy and meandery open-ended shroud of musical mist, but ‘Big Hungry Birds’ almost follows some form of song-structure, and Serra’s musical chant ‘Let’s feed the hungry birds’ grows in ominous intent over six minutes filled with increasing tension, until the track fades into a near-silent pastoral interlude filled with birds twittering in the background. This is like the ending to the famous Hitchcock movie compressed into a fraction of the time, but it’s an inverted scenario where Tippi Hedren and the other besieged villagers rush to meet the birds with emphatic acceptance of their fate. Very nice package design, limited pressing, hand-numbered.

Received two CDRs and a cassette from LF Records in Bristol at the end of June. One of them is the 30-minute workout of sullen electronic phased rock noise by Non-Ferric Memories, called Live at Joey’s Basement. (LF018). The NFM may or may not be an entire band from Swindon, producing a glorious psychedelic racket using over-echoed guitars, tremendous distortion, whistling feedback tones like the breath of an angry raincloud spirit, and a vocalist who whimpers and wails some luscious unintelligible murk in a soprano approximation as though mouth is filled with stale Minestrone soup. Chaotic, incompetent and weighed down by stoner acid-head inertia, this is like a garage-band approximation of the first LP by Amon Düül II executed by someone who had never played the record and only ever seen the cover art, and is describing it to the other band members by megaphone. Formless and dirgey psychedelic glory, a lightshow made with magic markers and drugs issued from a tube of Smarties; this is absolutely great!

From Poland I got this really great CD of harsh noise which is a split between MAAAA and K2 (TRIANGLE RECORDS TR-47). The booklet is extremely confusing but it seems that MAAAA, the duo of Sergei and Renata who we heard from with their superb Decay And Demoralization CD for Mind Flare Media, occupy the first five cuts in the same way that a bulldozer “occupies” a building scheduled for demolition. Using a combination of Korg synth and metal junk, this husband and wife team create electronic music of a devastating power which is as basic as the ‘Crude Petroleum’ of track 2 and as confused as the ‘Drunken Skinhead’ of track 4, but it’s also incredibly dynamic and inventive – jet-fuel rock music on power skis, mainlining its way to the heavy-metal heart of the listener. Recorded in Warsaw in 2010 and 2011, these five crash-collision powerhouse cuts reinvigorate the notion of “metal” in industrial music. Even so, the MAAAA cuts are almost eclipsed by the sheer manic viciousness and searing attack of K2 for the remaining three cuts; Japanese player Kimihide Kusafuka uses a vaguely similar set-up (Korg synths, ruined electronics, contact mics and voice but no junk metal) to deliver remorseless sweeping invasions of exciting dive-bomber racket. Where MAAAA feel somewhat resigned and pessimistic about life’s prospects, it’s clear that K2 wants to attack everything with a psychopathic relish, sawing through life’s hurdles with a chainsaw in one hand and an acid-blasting cannon in the other. He’s also a member of numerous band projects including The Bikini Pigs, Hospital In Vain, The Immunes and Lemon Negative. As with the best Japanese noise, there is something dangerously crazy and uncontrollable which feeds the core of this music. Hold tight and enjoy the ride. Many thanks to Sergei for sending this primo sizzler of harshness.