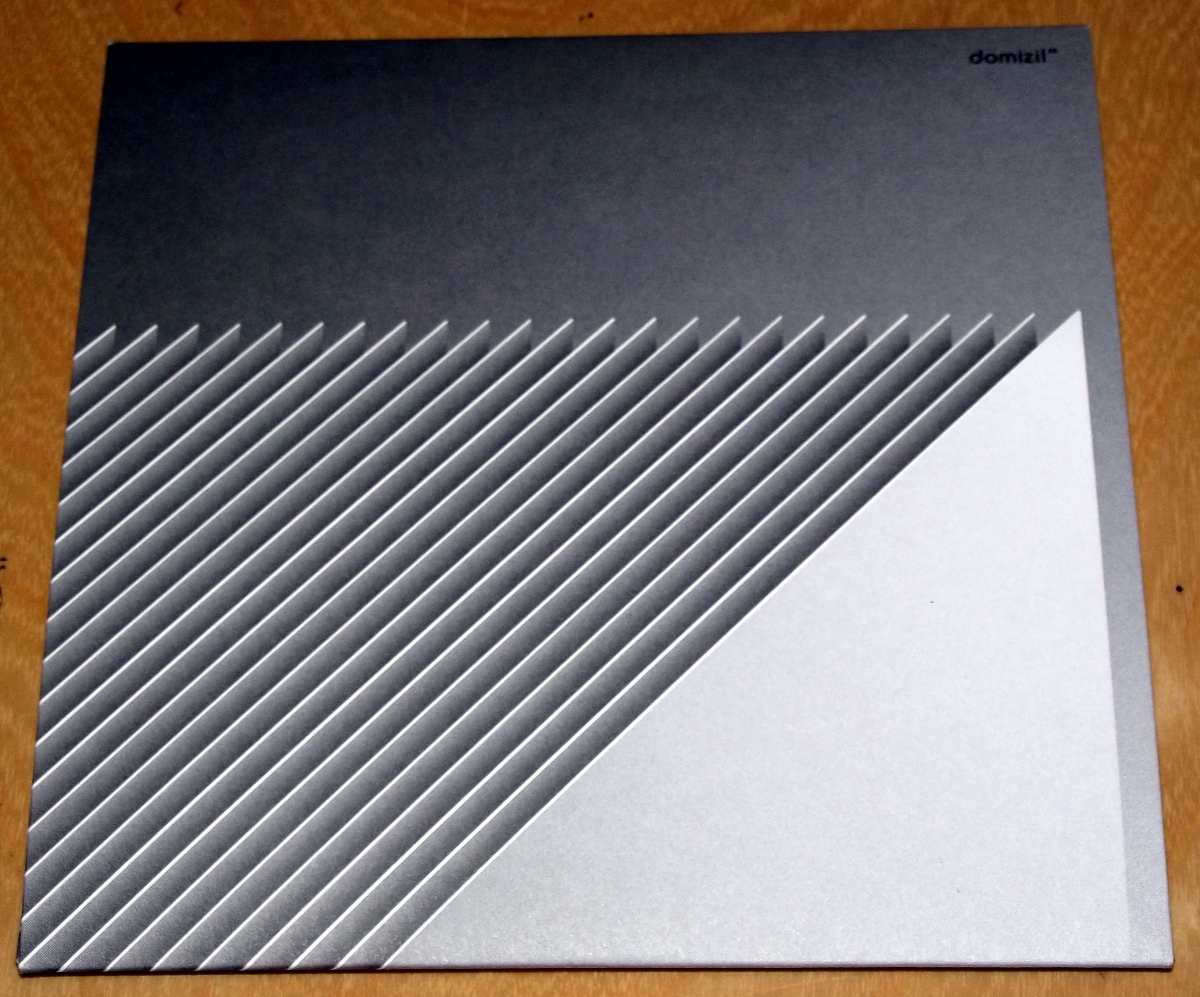 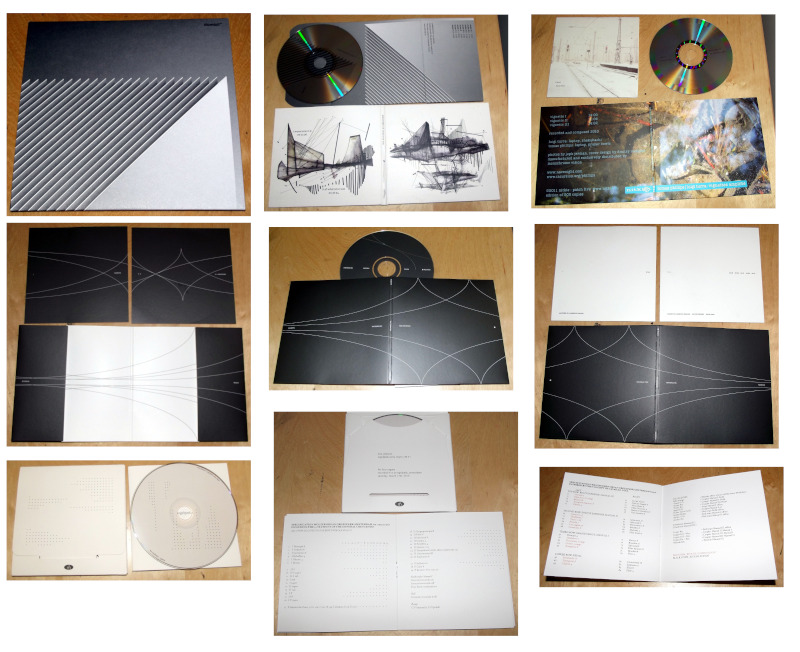 When life gives you lemons, make lemonade…tonight everything I pull out of the bags turns out to be ultra-minimal music in one way or another, so let’s round up these barely-there records and provide some appropriately minimal texts.

Martin Neukom deals in puzzling synthesised tones on Studien 5-7 (DOMIZIL 35). This eminent Swiss musicologist and mathematician fed his tones through a series of feedback systems and filters and produced carefully controlled distortions. These experiments come from the mid-1990s. Cold and abstract it may be, but this music speaks of a near-perfection of sound that seems to be taking place at a sub-atomic level and does not actually involve human intervention at all. Use this item to really give your speakers the sort of razor-sharp precision edges they’ve been craving to get their woofers around.

Neukom tends to like short and variegated episodes, but Machinist is going for minimalism and duration on Of What Once Was (MOVING FURNITURE RECORDS MFR011). His ‘Mono Tone In D’ is a 21-minute slow series of pulsations with a vaguely metallic ring, whereas the title track drones on in splendid towering majesty for a full 30 minutes. Both of these appear to have involved careful manipulation of the electric guitar and reprocessing of sounds, and one of them takes its inspiration from a painting by Yves Klein. The creator, Zeno van den Broek, is an architect and visual artist who explores “sonic spatiality”, and he creates aural tunnels you could wander in for days.

The American composer Tomas Phillips teams up with young Italian Luigi Turra to produce Vignettes Amplifié (NITKIE PATCH FIVE). This is one of those pieces which sits halfway between minimalist improvisation and electro-acoustic composition, and the duo came up with three long pieces aiming at the contemplative, the panoramic, and the microscopic. Field recordings blend in with long tones from the shakuhachi flute and the prayer bowls. Sometimes the sound gets a shade too laptoppy for me (both the composers can process their work into digital greyness), but the duo manage their “silences” very well and make their chosen elements leap vividly out of the rustling underbrush like tiny winged snakes. Jeph Jerman did the cover photos.

The German-Viennese duo of Axel Haller and Johannes Tröndle call themselves Inien, and on Favoriten (SCHRAUM 12) they play bass and cello in a wholly non-musical way, concentrating only on production of long tones, tiny squeals, hisses, and other minimal effects. What I like about this one is they keep on doing it continuously (i.e. no pauses or mysterious silences for contemplative purposes) and their tones are rich and resonant, sometimes bordering on near-industrial grind. Amazing what a difference playing real instruments can make. Slow and achey abstract noise which grinds into you like a bucket of garden slugs poured over your belly.

Steinbrüchel‘s Narrow (ROOM40 RM433) is another contender for “non-human perfection” stakes this evening with his ultra-pure set of tones on this carefully-considered work of electronic process-minimalism where the buzzwords are static development, subharmonics, reduction and pulsing undulations. The main event is the 20-minute title track which is quite a throbbing mesmeriser which lulls your inner core into a state of stasis in a very gentle manner. Thereafter we get five variations on the above which show an abstemious use of filters and apparently reprocess segments and details from the main work in microscopic ways that are hard to perceive, but the mind is engaged in trying to decode the methodology at work. A rewarding and deeply soothing listen.

Tom Johnson‘s Orgelpark Color Chart (MAZAGRAN RECORDS MZ003) may scoop the prize in tonight’s column, both for its utter minimalism and sheer duration as befits this American minimalist veteran who studied under Morton Feldman. It’s a composition for a single note and played live by four organs in Amsterdam. It starts out with small and lonely reedy tones and then gradually grows to a massive swelling sound, slowly following a logical trajectory you could almost plot on a mathematical grid. I also like the booklet which details all the specs for the organs, in terms of their manuals and stops, and is a meticulously prepared layout of information that seems to have no bearing on the music, unless the desired effect is to make us focus on the unique settings of each instrument. With the true humility of a grand master, Johnson admits that even he is “surprised and pleased” by the results, which he suggests “probably won’t happen again”. Lovely limited edition package with an unusual soft pack envelope and a booklet printed on textured art paper.