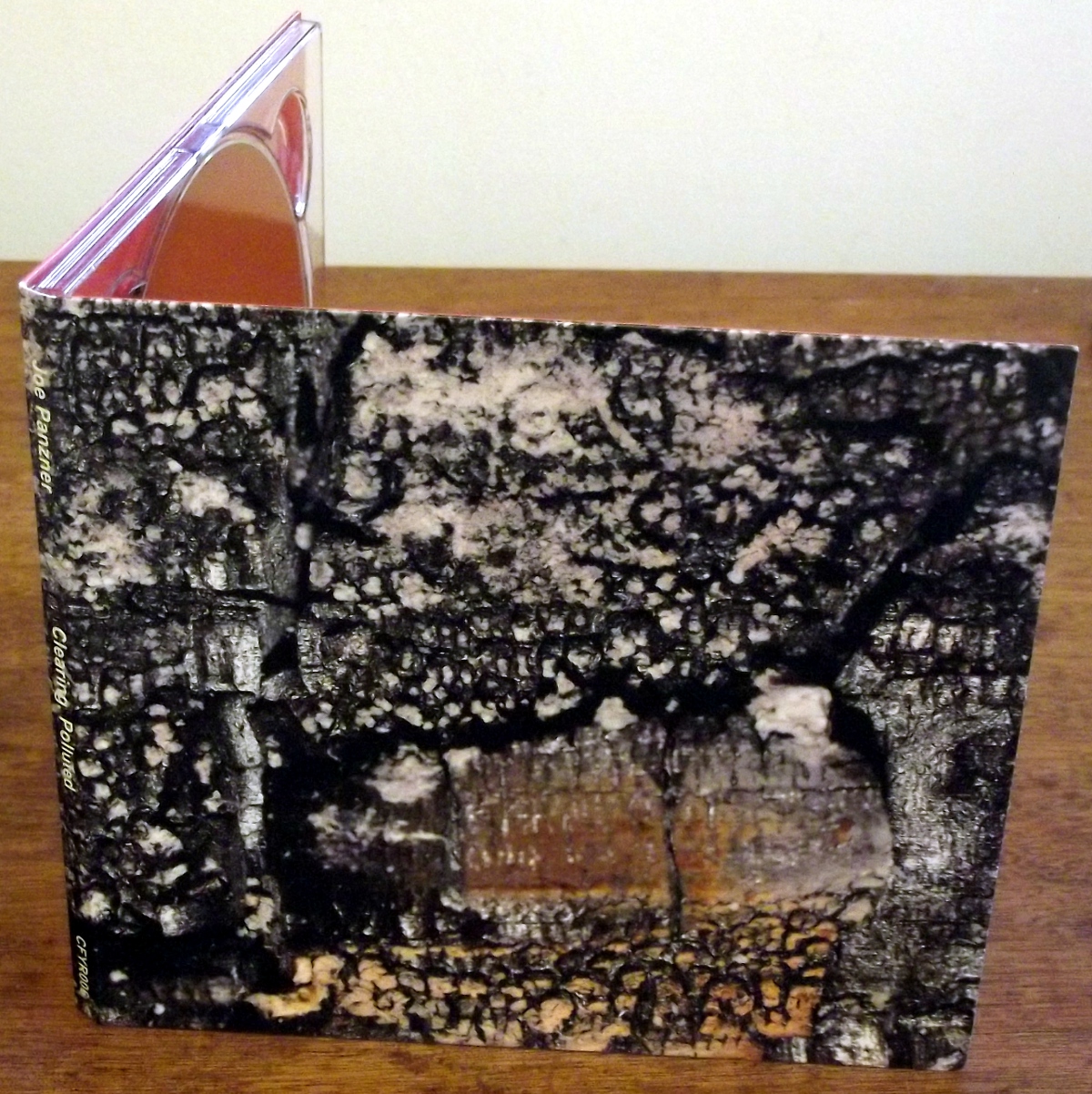 More from the Pilgrim Talk label sent to us in late October. The Pilgrims there just keep on coming up with surprises, just after one was tempted to tag them as a strictly “art” label. Back Magic are a duo of young men from Illinois including the prolific Nick Hoffmann who I think runs this label. Their Dream Lover (PILGRIM TALK PT13) is an engaging tape of rather spooky and skeletal garage-punk toons, played with just a guitar, drumkit, and a wailing voice. It’s futuristic rockabilly for Halloween midnight capers. The vocalist is capable of creating some deliciously odd effects with little more than a cheap echo unit to propel him into the supernatural zone; at times he resembles a mad monk, a muffled choirboy from the nether regions, or the writer of some twisted liturgy. This adds a whiff of Black Metal undertones to what is described by the label as “trance punk” rock. Hair EXP and Terror Trans are brothers, and to keep things in the family they recorded this lo-fi miniature epic on their grandfather’s tape machine. Let’s hope it was an old Webcor or Revox 1, which might account for the faintly disembodied tone of the tape, although a lot of the atmosphere is down to the skilful playing on offer. The guitarist can eke out a forlorn and stripped-down melody with the sort of shrill plangency that makes you want to cry and shudder at the same time. Distorted heavy metal this ain’t, although they do assay a version of The Sabs’ ‘Paranoid’ on the B side, where the riffing is hollowed out into a shell of its former self and the vocals are, frankly, quite freakish. A real grower…100 copies.

To die by your side

From same label, a shorter release (a C10 to be precise) from sound artist Richard Kamerman, whose lament for the day is I’m Sick Of Coming Up With Titles (PT17). This fellow has done some punishingly intense work for his own Copy For Your Records label and this little bruiser doesn’t disappoint, managing to induce near-physical sensations in the listener with its powerful hurlements – even if it does start out small and mysterious, the music soon expands into a grand abstract statement. We learn from the press notes that he likes small sounds, accidents in performance, collecting trash to make sounds, and that he plays his boardful of “repurposed electronics” much like a percussionist, hammering on old printed circuits like a demented fiddler crab or moving mechanical parts around in his claws. The B-side contains an unaccompanied version of a Smiths song performed against electronic wheezes and burrs; the washed-out timbre of the wraithlike voice makes it appear to be beaming in from the other side of the grave. 50 copies of this curio.

Speaking of that label, they kindly sent us a copy of Joe Panzner‘s Clearing, Polluted (COPY FOR YOUR RECORDS CFYR006) in October 2011. Not exactly a prolific creator (which is always a good sign), Panzner hasn’t done much sonically since 2006, although he used to be one half of Scenic Railroads with Mike Shiflet. This new release of his is severe and difficult in the extreme; not especially loud in volume, but the crunched-up digital textures are distinctly unpleasant, and feel like they’re being extracted from the innards of a computer by means of a highly painful procedure. If your laptop had varicose veins, this is what it would sound like as a surgeon slowly pulled them out with enormous tweezers. No less unsettling are the abrupt and sudden shifts in tone and timbre, which blow up in your face like so much hot gelignite just as you’re bending into the speaker because you think nothing much is happening. All the more alarming because Panzner’s plans are quite opaque and nothing is announced or mapped out in his sealed-off compositional scheme. Most of the murderous train-wreck catastrophe music is on the middle track, sandwiched either side with long stretches of ambiguous gloomy poison gas and venomous barbed thorns; a bit like No Man’s Land in Passchendaele, in fine. A tough listen, but I like the composer’s refusal to explain very much and the stern-faced impassive manner in which he presents his work.

Can white men play the blueprints?

Back to Pilgrim Talk now for the CDR by the improviser Graham Stephenson. Defiantly Not (PT 15) is a collection of trumpet solos boosted with the help of a microphone and some editing software. It’s another example of the improvisational school of “air moving through a brass instrument” which has been spreading across Europe for many years thanks to the efforts of Axel Dörner, Robin Hayward and Stéphane Rives, and I also think a case could be made for the inclusion of American Greg Kelley within that cabal. I have exhibited some impatience with the genre over time, but I like what Stephenson is doing here. He’s not afraid to vary his tone, there is a lot more incident and playing going on than we find with some “purist” aesthetes of reduced improv, and he also plays actual notes once in a while, rather than just inviting us to admire his rigid breath control and his enormous lung capacity. A quick survey of the accumulated effects on offer yields the following laundry list: wind tunnels, high-pitched squealing, rattling and rumbling, collision of metal with mike stand, whistling gas jets, clucks and gulps, semi-mechanical clunks as valves are depressed and released, and strange monotonal whines. But a mere process-art album it is not; what abides is Stephenson’s compelling sense of determination and concentration, which somehow keeps me listening, regardless of how slowly the story unfolds. I suppose this is what is meant by his “steadfast logic” as praised in the press notes. We are told we’re hearing a “blueprint of the inner workings of his instrument”, which is true, but I sense we’re also learning about the musician’s very inner being. His gatefold cover looks like frames from an avant-garde cut-up movie, and so does his webpage above.