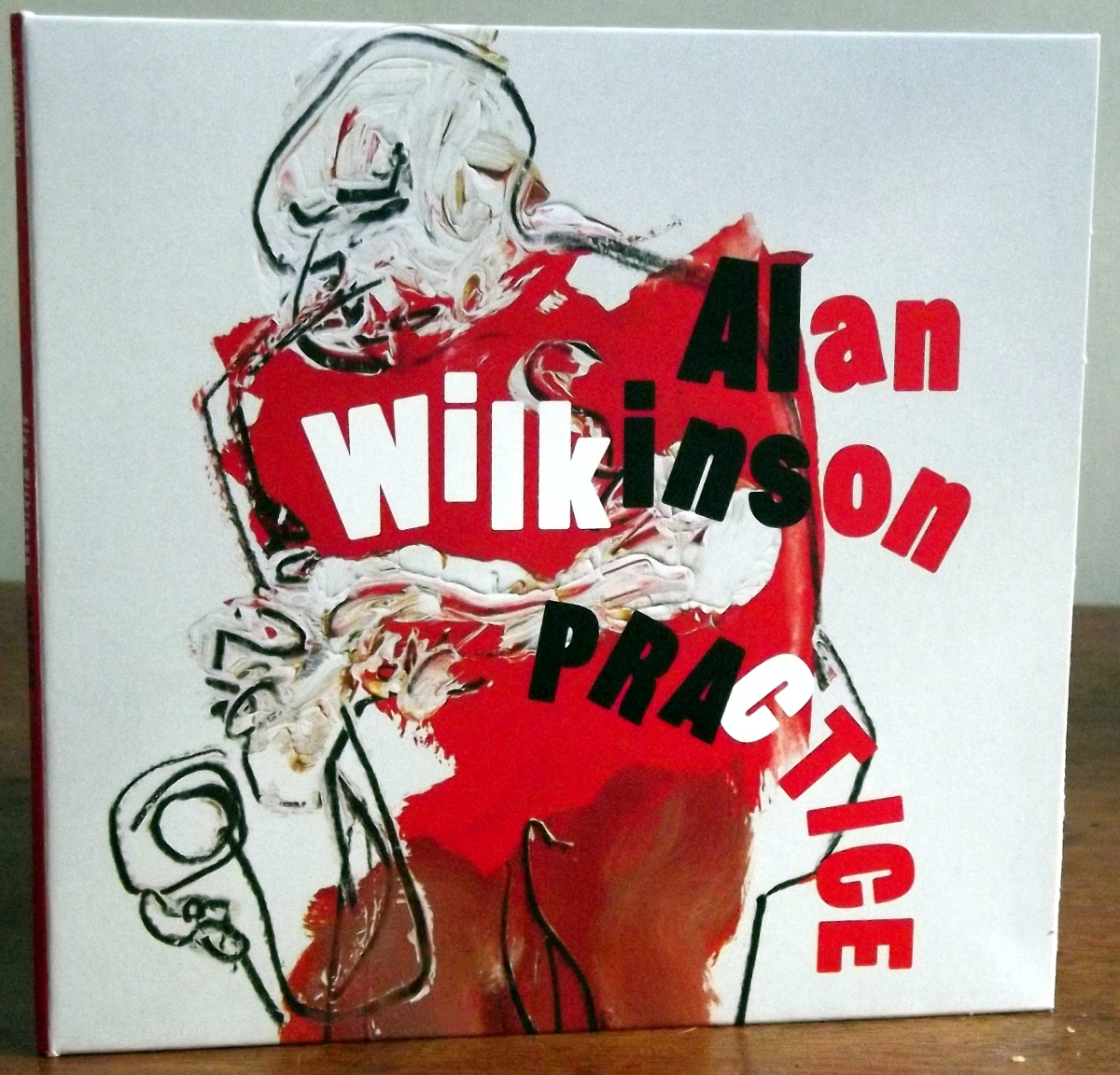 Hubble Drums (NORTHERN SPY NS 015) by Hubble is mostly the work of Ben Greenberg expressing himself freely with impressive guitar licks and overdubs, arriving at some mutated form of Terry Riley repeated loop sections, filtered through dirty amplifiers and a rock-music mentality. If Sonic Youth hadn’t fallen under the spell of Glenn Branca, they might have arrived at a similar location to Greenberg, but Hubble (on evidence of this release at any rate) has no interest in drumming or singing or adding a dash of No Wave angst to his very able playing. If anything he tears into his work with far more single-mindedness and intensity – on ‘Glass Napkin’, the middle track of three and the longest and strongest at over 20 minutes, he’s working his riffs like a dynamo, pounding them into submission like an oil rigger wrestling with his mighty shaft. But far from revelling in the glorious monotony of repetition and hoping to induce a state of stasis, this music continually propels itself forward at a speedy rate, and completely energises the listener in an electrifying manner. ‘Hubble’s Hubble’ is slightly more refined, combining the simple repeated-to-infinity licks with some hissy, crackly drone effect that’s hard to place; it’s like being lowered slowly into a pit full of mesmerising cobras with gigantic staring eyes. It’s on this track that we can more clearly perceive the slow progression of accreted layers and added counterpoint supplied by these ingeniously off-register overdubs, which is what makes me think of Terry Riley or perhaps Steve Reich with his out of phase voice loops. Except I have to assume that the talented Greenberg is playing all of this in real time. The USA is good at producing these superhuman prodigies of the axe. There’s also ‘Nude Ghost’ where he’s joined by a threesome of other players who are probably adding the raucous drumming and other percussive elements to Greenberg’s taut, obsessional circular playing. This is the opening cut and you’ll know within seconds of being caught in this fine golden mesh of finely-knit guitar droplets whether this is the sort of music that can lift you out of the ocean of lethargy along with all the other fish, or whether that net is the net of a retiarius and you’re about to be skewered by his trident in the gladiatorial arena of the cosmos. As to the cosmos element, the title is not a careless invocation of science – the third track is designed as a soundtrack to NASA footage of outer space views captured by the Hubble telescope, and Greenberg performs it as a live set working with his solo guitar and deliberately making a concerted effort to “charge the air in the room”. I’m bowled over. Be sure to seek out more work by this creative powerhouse with his supple, flexible fingers and his mind as fast as a silver dolphin on skates. There’s some live WFMU recordings here for starters.

Practice (BO’WEAVIL RECORDINGS WEAVIL45CD) is a solo album by Alan Wilkinson, the British tenor player who’s a somewhat neglected treasure of free jazz and improvisation. Neglected by me, that is. In the mid 1990s the trio of Hession Wilkinson and Fell created quite a stir in the trousers of many with their Foom! Foom! release, an album which did much to reinvigorate the jazz trio format as something loud and rough, and very coincidentally we also received a Simon H. Fell bass solo album from this same label at the same time we got this. It was recorded mostly at a purpose-built studio in Stoke Newington at the behest of the Bo’Weavil label owner, and also at a special “carpeted cell” in a hospital in Dalston, a space which clearly holds some sentimental attachment for the player and which he has since had to abandon, probably to make way for some Government-sponsored programme of “improvement”. On a track like ‘Line’, you’ve got the classic Wilkinson mode where he carries a melodic line with tremendous authority and clarity and then brilliantly and suddenly explodes into a helter-skelter barrage of overblowing and screaming effects, then just as easily switches back into the original melodic mode. Not even the most excessive American free jazzers of the 1960s could do that, often losing control of their facilities to the extent that once the skronk kicked in, there was nowhere for them to go but louder, faster and more aggressive. The first of the two Dalston tracks ‘Flush’ is quite different, a forlorn and growly meditation where Wilkinson seems to be sucking invisible spiritual nourishment from the air around him, and releasing it in awkward coils of vibrating electric energy. This is almost like problem-solving through the therapy of music, a man grappling with a thorny human conundrum and not doing anything to conceal the hideous insoluble nature of the dilemma from himself, or from us. Plus there’s an Ornette Coleman composition ‘Lonely Woman’ rendered with compassion and graceful minimalism, and Wilkinson’s truly deconstructionist take on the jazz standard ‘You Don’t Know What Love Is’, which in his embouchure turns from an old-fashioned romantic ballad into a heartfelt lament on the selfishness of contemporary English society, with its narrow-minded and acquisitive people who truly don’t know the meaning of love. That’s how I read it, anyway, although I suspect Wilkinson is not as pathologically disposed against the human race as I am. Don’t be fooled by the title into thinking this is just a solo record of saxophone exercises; it’s an intense set of 60 minutes’ worth of humanity, honesty and emotion, almost too much to take in one sitting.