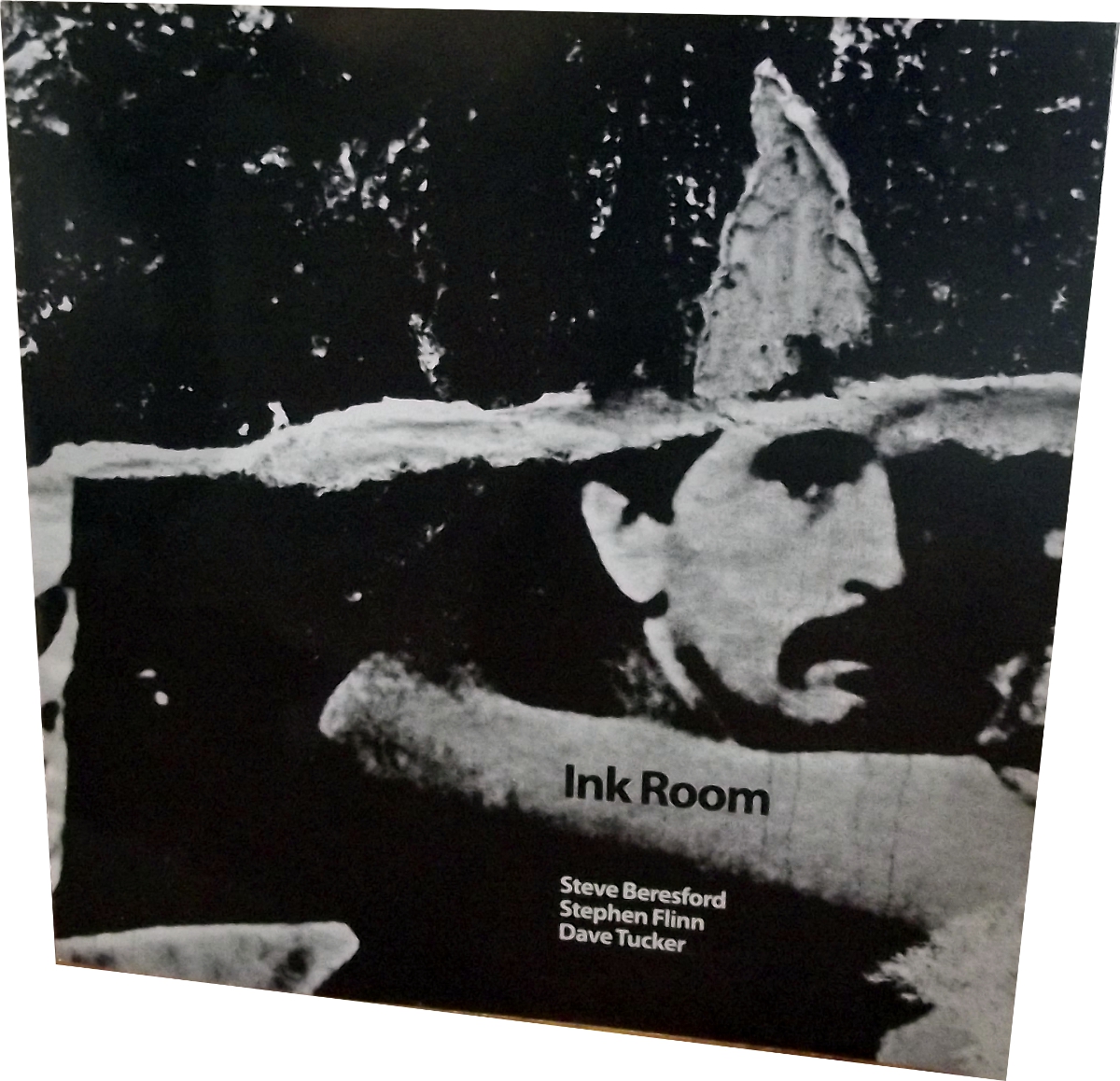 Ink Room (CREATIVE SOURCES RECORDINGS CS 193 CD) is a document of live and spontaneous improvisations by three very distinguished musicians – there’s the UK’s Steve Beresford, a world-class veteran of improv, pop music, art-dub music with General Strike, and movie soundtrack work; the Californian percussionist, Stephen Flinn, who is a member of The Cutmen with Z’EV; and the guitarist Dave Tucker from London Improvisers Orchestra, who is a survivor of The Fall and played clarinet on the Slates EP, one of their best recordings from “that” period. I’d be interested to learn how the three of them converged in a London recording studio on one day in November and later managed to get this released on a Portuguese label, but the mysterious movements of the recording industry are not mine to question. The music they play is good old-fashioned “busy” improvisation, not infected by the blight of contemplative minimalism, whining feedback, or any other form of caffeine-free blandness. At the same time, it makes a strong virtue out of electronic amplification and volume, allowing Tucker’s guitar in particular to shout forth some particularly aggressive swipes of gestural noise, quasi-jazzy fretboard runs in the style of Django Reinhardt played backwards by a malfunctioning fan oven, and much general free-wheeling atonality. You can almost imagine him trying this sort of thing at the 1980s Slates sessions and being roundly rebuked by Mark E. Smith. Beresford’s electronic purrs are restrained and subtle, but this isn’t to suggest he’s merely adding “tasteful” background washes; on the contrray, it’s impressive how much texture, feeling and brooding emotion he wrings from his seemingly inert and inhuman device-board and with such little effort, apparently. For this release, the maestro Beresford is like a particularly professional cinematographer taking exterior shots through unusual filters, and keeping his colour palette limited and his lighting set-up as low-key as possible for the interiors. Flinn uses his percussion set as a telegraph machine, sending out distress calls and Morse code messages to add to the overall air of emergency, consternation and imminent disaster on these grey and crumbly recordings. In all this is a very strong set of completely free and non-idiomatic music, where the playing exists in a kind of bare-bones structure where the elements barely hang together and the fleshless skeleton is on display for all to see, then suddenly shape-shifts into a titanic roaring monster with heart, lungs, liver and lights pulsating inside a network of hot, steaming blood. This album can hold its head high alongside any release on the Bead label from the 1980s, and Hugh Metcalfe / Birdyak fans will also find much to enjoy here with all the clattery actions and impolite, abrasive noises which the trio throw out in our general direction. It is a good thing to hear what is clearly a very physical engagement with the simple act of playing an instrument. Even the term “Ink Room” seems old-fashioned and pre-computer, suggestive of a type-compositor’s studio where we find ink-stained workers in greasy aprons, rows of brass type and ornaments to their left and piles of galley-proofs to their right, as they labour day and night to publish a volume of avant-garde poetry. I like the cover artworks too, using the high-contrast photography of Joseph Szkodzinski. Very good indeed; many thanks to Mr Flinn for personally sending a copy from Culver City.