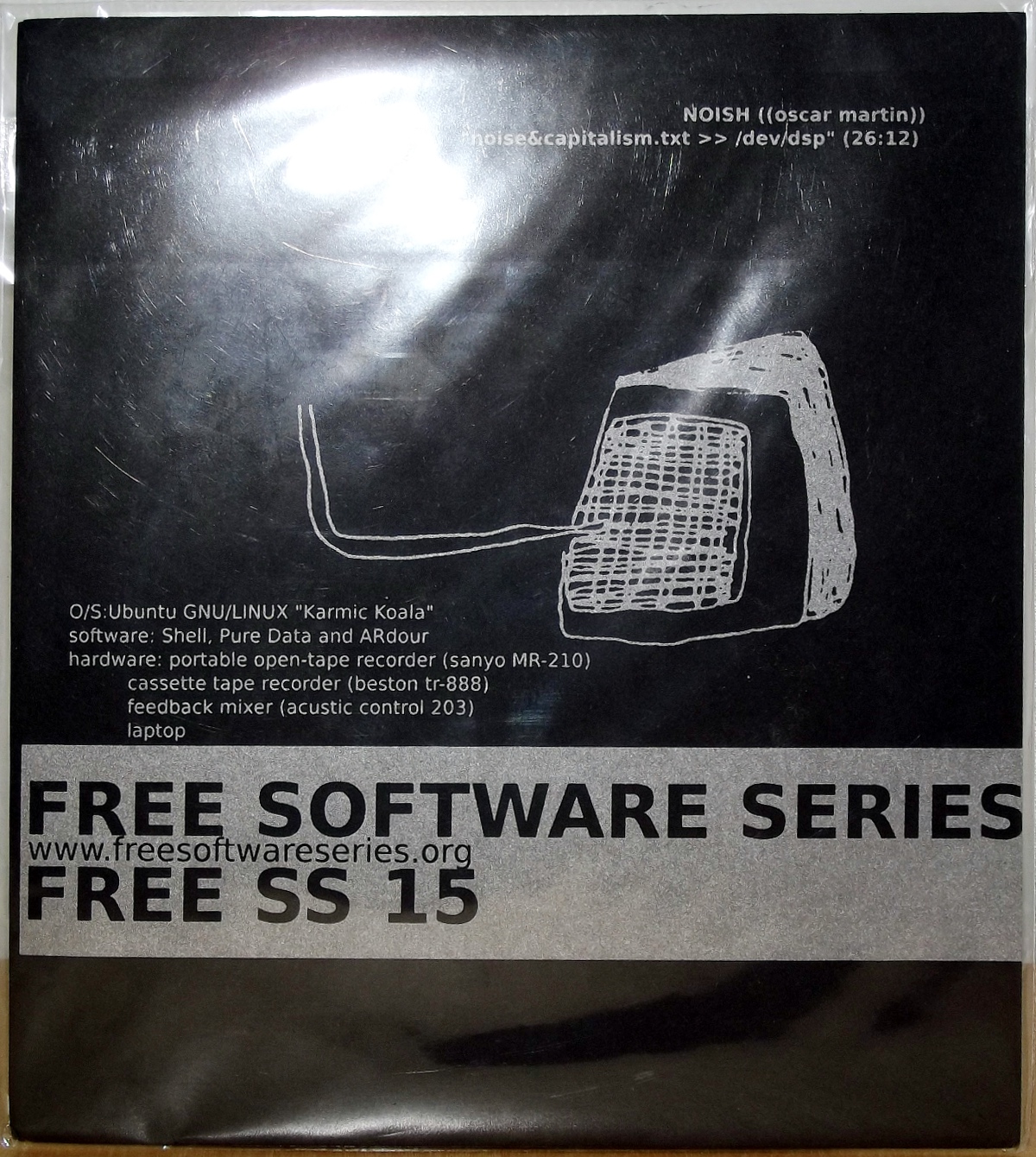 Listening to this recording, I feel nostalgic for the days ten years or so ago when Mego truly was a force for good in the universe: it’s got that light, cheeky, devil-may-care attitude with the sharp crackly edges that made several Mego releases so outstanding. Spanish native Oscar Martin takes a txt file of “Noise and Capitalism” and shoves into the dsp of his computer to generate sounds which he then puts through a wringer in the shape of analogue tape on a cassette recorder, and edits and refines the sounds to something very sculptured, animated and sometimes surprisingly crystalline and clear. There are points where the track barely hangs together and stutters its way through a series of bleeps, blinks and urgent pulses. The impression I get is we’re going through a tunnel, a worm-hole with transparent sides, through a strange soupy universe of mercurial liquid sounds that shape our journey and send our tunnel into strange detours and valleys where we are more lost than ever before. The music expands and contracts, making for a most uncomfortable ride.

Perhaps it could have been shorter and more compact – there are times where I feel Martin lets his laptop have a little too much freedom and the critter runs away from him, and Martin’s got to try and get it back under control and go to where he’d like to be. But if a computer can’t have some scope to play with its sounds, it’s going to be a surly and rebellious child and there are moments where indeed it sulks and pouts and sidles along with long droning siren noises. In the last few minutes I sense a bit more urgency as if there’s a lot more territory to cover and we still haven’t reached the halfway point of our trip. We continue on and all of a sudden the CD ends just when we’re almost home; this gives the impression that there are still more areas that Martin has discovered that remain undiscovered.