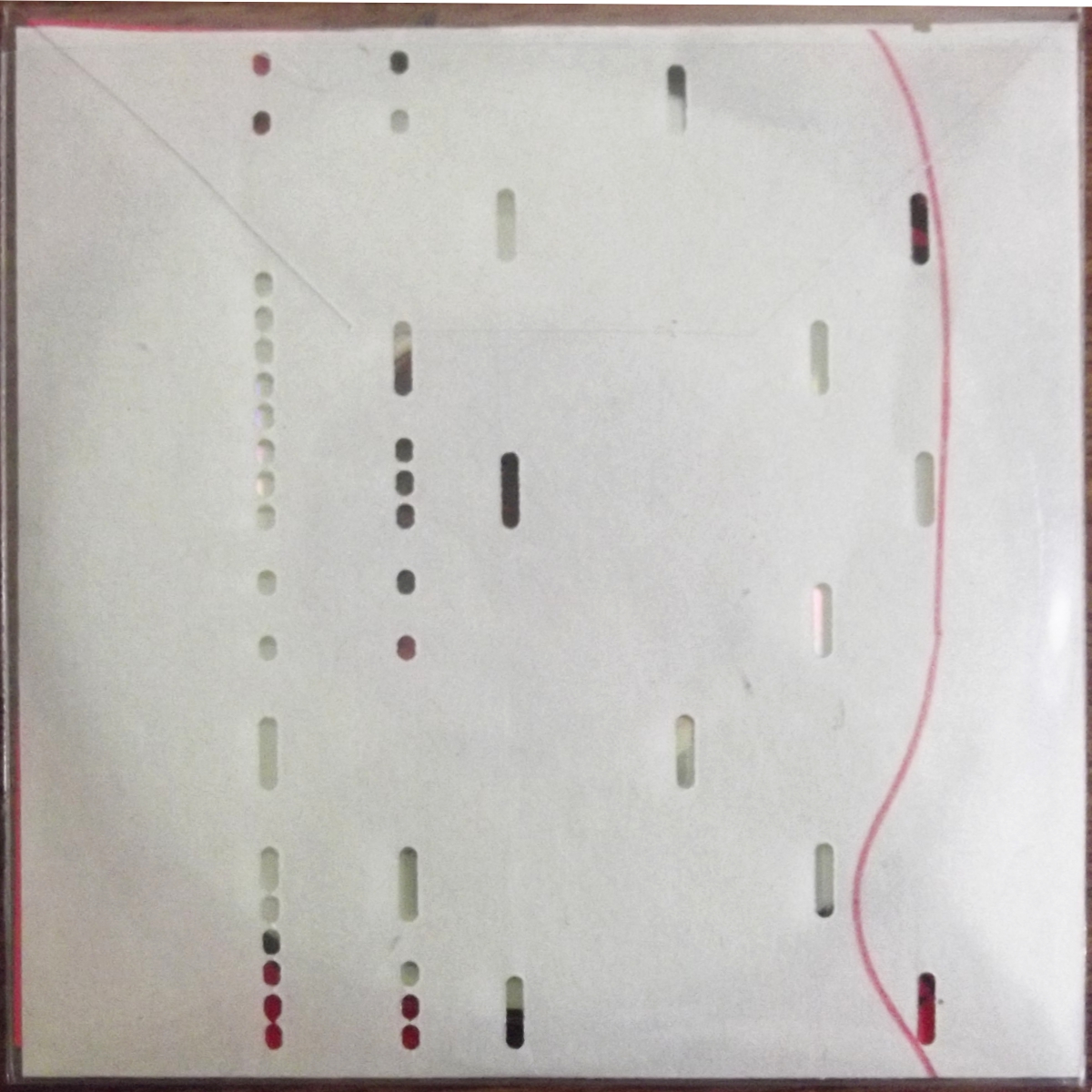 Hobo Sonn might be Ian Murphy. We last heard from him in 2008 with The Thundering Nature of Reality, a terrific limited press LP of mysterious humming which I wrongly took to be made up of guitar and amplifier hum, but Mr Murphy wrote in to correct me on this. “My music is made up of improvised recordings that are then carefully edited together,” he reported in December 2009 by email. “This process takes a lot of time and it is where some degree of composition is involved. Timing/duration is a big factor in my work. Therefore I take a lot of time listening to the music to find exactly where I want the piece to change/progress or end.” I’m glad to have this information as it helps me get my bearings with Wary The Mind (AMEN ABSEN 003), his most recent release which we have had in our paws since September 2011. It’s probably another example of his editing craft, and is meticulously structured and sequenced to achieve quite powerful and mind-warping events, even when the original source material is largely quiet, subdued, and unidentifiable. The first side, for example, contains lengthy stretches of intimate whirrings which to me suggest tiny cogs in tiny machines, malfunctioning or grinding together through a lack of regular oiling. These sonic particles are treated with a sparing degree of studio echo, or digital delay. This side closes with brief passages of piano music which are simply gorgeous in their dreamlike wispiness – they may simply be samples from a classical music record, repeated or looped as needed, their regular sequence disrupted in some way – but what emerges are precious moments from the most beautiful “exotica” album Martin Denny never made. These piano fugues overspill onto the opening of Side B, later to be replaced by continuous analogue drones which morph into Eastern music, or a reasonable facsimile of same. Along the way in this baffling journey, there are fragments of field recordings – a car passing from one speaker to the other, for example – again, very sparingly used. The LP ends with a faint tinkling resembling oriental temple bells and what I imagine to be mumbling in a foreign language, and thereby almost wanders into areas previously annexed by Climax Golden Twins on their gloriously oblique and unexplained sound collages. Hobo Sonn likewise refuses to explain anything here, all sound sources and methods are kept hidden, and the “what-is-it” factor remains highly prevalent. This is a welcome relief from the numerous releases we are sent where the creators feel compelled to tell you in endless detail what they ate for breakfast before they made the LP. In like manner, the cover art is an ingenious collage which drip-feeds us tiny fragments of visual information inside a geometric grid structure. This artwork could almost have been the graphic score for the music within. Recommended. Comes with a free 3″ CDR insert also.

Melt Famas is the duo of Fred Bigot and Nikolas Mallet, and their lovely 10-incher Serial Weather (MUZI-02) is an early release on the new Swiss-German label Musikzimmer – prior to this the organisers been more involved in exhibition spaces and soundart interventions of some sort. This black beauty comprises three loud and joyous tracks of guitar and drum music, but the electric guitar of Bigot has been amplified and distorted to the point where it starts to melt into electronica – he’s achieving wild and woolly effects which most half-baked laptoppers would only manage to arrive at through 18 presets and a sportsbag filled with FX pedals. That said, there’s probably some form of synth or keyboard on this record too, but I love the way everything locks together into this rich and sumptuous sun-drenched racket, allowing for distortion but never settling down into an amorphous blob of similar-sounding frequencies. In short, great dynamics! There’s a cover version of ‘Heart Of Glass’ where the singer appears both alarmed and bored by the love affair which is breaking up around his ears, but by the end of the song the situation has become little short of cataclysmic, with walls falling down around us in chaotic fashion. ‘Plastic Swing’ is a five-minute gem of semi-industrial instrumental march music with a plangent melody which D.A.F. would have been proud of, while the flipside is fully occupied with 11 minutes of ‘Ice Age Fire Cage’, its melodic and trebly guitars to the fore in another highly rich and addictive mix, concocting excessive acid-trip music that is a fine homage to all things psychedelic. Bigot impressed us heavily with the Holy Mountain compilation of his avant-techno 12-inchers, a CD which appeared in 2009 – but the music was already ten years old by that point. Now with this guitar-heavy record, I’m beginning to see the rockabilly connection with Bigot more clearly. With tremendous instrumental prowess on display and no restraint on the volume control, this record is an unalloyed delight.

I’ve played two of the four sides of Twenty-One Pieces (EARLY MORNING RECORDS EMR 018), a double LP by Taming Power which came out in 2009 but was sent to us in August 2011 by its creator Askild Haugland. So far I’ve heard many beautiful instrumentals made with electric guitars, Casio keyboards and other instruments, interspersed with abstract sound-art experiments produced with such devices as singing bowls, handsaws, field recordings, the human voice, and tape recorders. The guitar pieces are melodic and sweet, stirring unnameable feelings of nostalgia for this listener. The abstract works are very varied, sometimes creating impressions of the elements, the wind or the weather, or simply exploring an intriguing effect of “acoustic noise”. Tape recorders and cassette recorders play a big part in the work. It’s strange, minimal, affecting. Haugland seems to have some quite unique working methods – he refers to “pieces recorded in stop-motion” in his enclosed letter – and not one of these instrumentals ever falls into the usual stumbling blocks or clichés of drone–ambient music. His guitar work in particular reminds me strongly of the American outsider, Wilburn Burchett; there’s the same studied deliberation in the playing, the inner core of beauty to the music, disrupted by unexpectedly loud or wrong-sounding notes, which are seamlessly incorporated in the whole work. It’s all about the playing, the exploration, the process; and while the finished pieces may appear mysterious and odd sometimes, Haugland is doing nothing to obfuscate or mystify his methods, which are clear and open, declared with honesty. This Norwegian player, himself something of an outsider I expect, has been patiently carving away at his craft since 1987, and when he began his use of the tape recorder as an instrument in 1996 and 1997, he found himself in a purple patch of creative output. Early Morning Records is his own record label for his music, and to date he’s released 18 LPs and 40 cassettes. Collectors who take an interest in the work of single-minded mavericks releasing their own home-made LPs (step forward Jandek) should investigate, but I can recommend this beautiful, singular and seriously-crafted music to just about anyone. Haugland has a spiritual depth and simplicity in his music that reminds me of Florian Fricke, and believe me that’s not a compliment I would pay lightly.