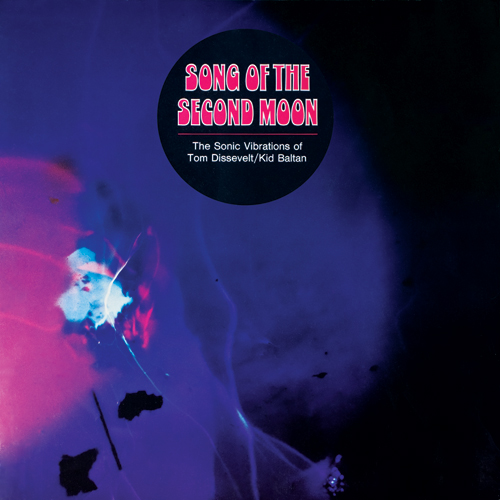 Ah! Here is a real blast from the past: 1950s-era fusion space-age electronic pop / big band jazz that captures the ethos of its period in twenty little melodic masterpieces: innocent and child-like faith in a futuristic laid-back / push-button space-age utopia; fear of the Cold War and Soviet-American rivalries in space exploration and military technology; and the tension between these two extremes that expressed itself in so-called “red scares” that pervaded society as exemplified by US Senator Joseph McCarthy’s crusade against supposed Communist and Soviet spies in most levels of American culture. “Song of the Second Moon” is a wonderful historical document of a kind of experimental electronic music that incorporates both avant-garde stylings such as musique concrete and the popular music of its time such as commercial jazz and Latin American rhythmic flourishes, and is distinguished by an embarrassing abundance of catchy, whistle-worthy melodies at once strongly atmospheric, even moody, and bright-eyed / bushy-tailed, eager to embrace the utopian future that beckoned.

In 1956 the Dutch-based electronics company Philips established within its Research Laboratories section (“Natuurkundig Laboratorium” aka “NatLab” for short) a dedicated electronic music studio that was part of the firm’s general aim to be a responsible corporate citizen. In 1955, Tom Dissevelt, a composer and musician, was hired as a bassist / arranger; during his employ he became interested in 12-tone music and began listening to works by Karlheinz Stockhausen. He later wound up at the electronic music studio where he met Dick Raaijmakers aka Kid Baltan and together the two began composing and producing music by means of electronics and tapes under the collective name Electrosoniks. The songs featured on the compilation under review were recorded between 1958 and 1961: the composers coaxed sounds out of tone/noise generators and traditional music instruments and used filters, delays and reverb to manipulate the material. Rhythms and melodies were constructed with the use of tape loops. Several tape machines might be synchronised manually to play back an entire song, complete with loops and melodies: the laborious process might take the duo several months to create one piece of music.

The results of this hard work prove to be surprisingly light and playful; limber space-age tones and eerie effects dance around organ or piano and evoke a wide range of moods. Rhythms are soft in tone and often very bouncy and urgent. Several pieces sound like theme music for TV shows. An early highlight is “The Visitor from Inner Space” with its zippy outer-space buzz atmosphere and the track immediately following, “Sonik Re-entry”, traces with its melody a hurried space commuter flight as might have occurred in the well-known Hanna and Barbera TV cartoon show “The Jetsons”. Most songs are repeated in slightly different versions throughout the CD and one of these is “Orbit Aurora”, a slightly worried little tune with a faux Latin American rhythm, electronic guinea-pig whistles and a cute dicky pointillist melody about the 2nd minute (Track 6). “Twilight Ozone” (track 7) has proto-industrial metallic effects; in its early version there are underwater noises added. Found sounds and free improv introduce themselves on “Pianoforte”. “Colonel Bogey” features a very familiar little martial tune that goes truly ballistic and deranged with many little raspberry blows just after the 2nd minute and which finishes with an almost pyrotechnic flourish. The title track repeats at least three times: its original version is a little stodgy in its bass and rhythm section but is otherwise a good little piece in its slightly ambivalent and forlorn mood. “12-Tone Composition for the Skymasters (as used in Twilight Ozone)” is a jazzy piece that might have been a movie soundtrack in the making: it sounds very much like music accompanying a chase scene with its paranoid mood, blaring brass trumpets, staccato beats, a questioning sax and choppy hand drums.

All this activity brought the duo to the attention of one Stanley Kubrick who expressed interest in having Kid Baltan’s music featured in his upcoming movie project “2001: A Space Odyssey”; unfortunately Raaijmakers, already burdened with scoring in-house documentaries, refused Kubrick’s offer and, as they say, the rest is or isn’t history depending on your point of view. Eventually Raaijmakers and Dissevelt went their separate ways with Raaijmakers going into academia and Dissevelt becoming lost to pop music history before dying in 1989.

An information booklet that includes photographs of Dissevelt and Raaijmakers hard at work in their studio with its arrays of tape machines and a gadget spooling tape comes with the CD. There’s not much more I need to say other than this album is right on par with the offerings of Raymond Scott, Daphne Oram and the BBC Radiophonic Workshop in futuristic space-age melody and mix of optimism and foreboding: in particular, “Songs of the Second Moon” is distinguished by a high standard of songcraft and feel for melody, plus rocketship-loads of enthusiasm and humour. Cold War paranoia and eager bubbliness more often than not co-exist in the same song. Something of the utopian space-age future that Dissevelt and Raaijmakers might have seen and felt at the time can be sensed here … too bad that future has never come to pass.