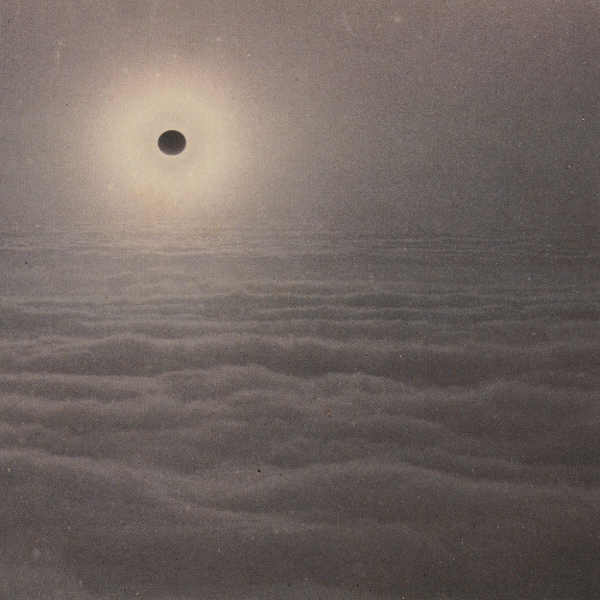 Originally released by the Chain Reaction label in 1996, this reissued album by the Porter Ricks duo (Thomas Köner and Andy Mellwig) still sounds as beguiling and mysterious as it must have done sixteen years ago. Somewhere in my heart a small flame still burns for that Porter Ricks sound even though when I bought a couple of CDs of theirs (one a “versus” duel with Techno Animal) way back in the mid-1990s, I played them so much I tired of their minimalist icy electronic repetition looping routines and strayed into other musical territories. Perhaps if I don’t play this reissue so much I’ll treasure it more; but then it might just get lost in my collection. Anyway, this is a beautifully seductive ambient electronic recording, on par with very early Vladislav Delay recordings of the same period: the overall sound is still cool and controlled but much less forbidding and with a softer, more reassuring edge than what I remember. In each track, the music usually builds up with constant repetition of a motif, subtly changing in texture and mood as it does so, passes its climax without much fuss and descends gracefully (and perhaps wistfully) to its coda. Every piece here seems a natural progression from the previous track to the next and the result is an album that feels very much like a unified work though individual tracks can work very well on their own.

Opener “Port Gentil” is a fairly warm and welcoming piece that brings us gently yet firmly into the Porter Ricks universe and “Nautical Dub” picks up the baton and takes us farther inside with a more urgent rhythm and a definite beat. Squidgy, squelchy rhythms and a bristly texture loop rub up against one another under repeating tones and a pulsing motif on “Biokinetics 1”. “Biokinetics 2” takes listeners into rather more familiar Thomas Köner territory where the snow lies soft and heavy on the ground and there’s a gentle stillness in the air: beneath the snow and hidden from the air though is the pulsing of a subtle world beyond our senses. The next track is a snappy rhythmic piece where various bobble and other effects do battle against one another in a clinical atmosphere approaching hostility and urgency. (By the way, it’s an interesting exercise playing this album on Windows Media Player on a PC and watching all the patterns, colours, spirals and clouds form and develop and die away into more abstract entities in time to the music: truly Porter Ricks rules the waves here!)

The next couple of tracks – “Port of Nuba” and “Nautical Nuba” – have quite hard monotonous rhythms and are not nearly so atmospheric and subtle as the others. Fortunately the same can’t be said for closing track “Nautical Zone” which without doubt is the best piece here: lush in texture and ambience with a quivering and busy rhythm, an extra layer of thick bubble texture and a gorgeous melodic motif, this has real feeling, warmth and comforting reassurance. Even the patterns on Windows Media Player love this track, dancing and merging and forming anew as the beat pulses (a bit too hard perhaps, that’s the only bad thing here) and the seductive tonal loop leads them and maybe you also into a level deep within this particular sonic universe.

It was a shame this recording was not more widely known in the late 1990s when it was first released – Köner’s reputation as a purveyor of extreme icy isolationist soundscapes might have overshadowed his Porter Ricks work then – but now that dark ambient music has become a familiar friend since and overlaps with many music genres, perhaps this album’s time in the sun has finally arrived.