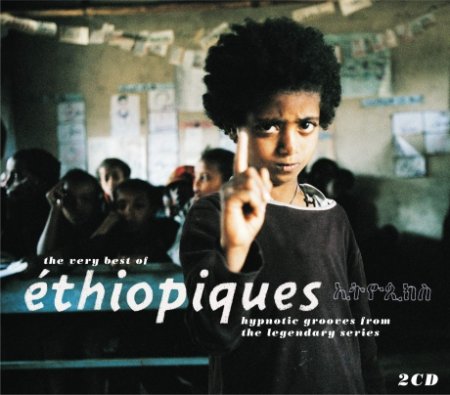 For many years now Buda Musique has been issuing a highly regarded archival series of CDs of Ethiopian jazz and pop music and the series itself has built up into a rather daunting set that can put off all but the very earnest or fanatical. To make the music more accessible to the general public, this compilation of music from across the series has been made available by Union Square Music Ltd under license from Buda Musique. The music on offer from these two discs ranges from the soulful and rhythm’n’blues (as it was understood at the time) to big band jazz, choirs and folk, not to mention fusions of the different styles, and most of it dates from the 1970s during a period when the Emperor Haile Selassie was ailing, just before he was overthrown by Colonel Mengistu’s military government in 1974. The new government then cracked down heavily on society with censorship, curfews which killed off nightclubs and the music associated with them, harassment of musicians and other artists, and propaganda against malign outside influences.

Disc 1 contains 14 tracks, most of which are quite good so I’ll just pick out favourite tracks: these are track 4, “Enken Yelelebesh” by Girma Beyene, a dramatic, almost tempestuous song with flamboyant brass arrangements; track 13, Tlahoun Gessesse’s “Tchuheten Betsemu”, an emotive piece with big band backing dominated by blaring saxophone; track 9, Alemayehu Eshete’s “Tchero Adari Negn”, consciously leaning on James Brown for style of vocal delivery and music; and Eshete’s second track following immediately after, “Telantena Zare”, a much lighter and more exuberant piece with heartfelt singing that features a nimble lead guitar solo. These tracks especially seem to capture the spirit of the period: they combine the soul, pop and jazz influences percolating through Ethiopia’s music scene in the mid-1970s and mix optimism and a slight melancholy. On the other hand there are tracks that have me scratching my head as to why they had to be included for they don’t add much to the music overall: one such piece is the bland and heavy-handed “Muziqawi Silt” performed by The Wallias Band.

The music on Disc 2 is slightly less catchy and accessible for Western ears but probably more faithful to the musicians’ Ethiopian heritage. There’s not so much big band music featured and the songs are perhaps more personal and emphasise singing with solo instrumental backing. Singing itself can be very emotional and individual singers’ vocal ranges can border on the virtuosic. Stand-outs include “Bene mote” by Muluqen Mellesse and Dahlak Band for Mellesse’s unearthly yet beautiful androgynous voice; Tlahoun Gessesse’s moody noir piece “Kulun Mankwalesh” with the mysterious piano melody, sinister bongo and Gessesse’s unnaturally ululating vocal in parts; and Getatchew Mekurya’s “Shellela” for Mekurya’s distinctive singing sax style.

I’d like to know how the tracks were selected as there is only one female artist, Tsegue-Maryam Guebrou (Disc 2, track 1), featured and there must have been quite a few female singers in the jazz and pop music scene that flourished briefly in Ethiopia in the early 1970s. There is an information booklet that accompanies the two discs and gives plenty of detail about the careers of the musicians and groups who appear but it says nothing about which parts of the country they hail from so I have no idea if the artists represent most if not all of Ethiopia or only a sub-set of that country’s many ethnic and religious groups.

Nevertheless this set has very invigorating and joyous music, much of which was created in difficult circumstances, and in parts throughout captures the exhilaration that many Ethiopian musicians felt during that short period when artistic and cultural freedom was finally achieved.