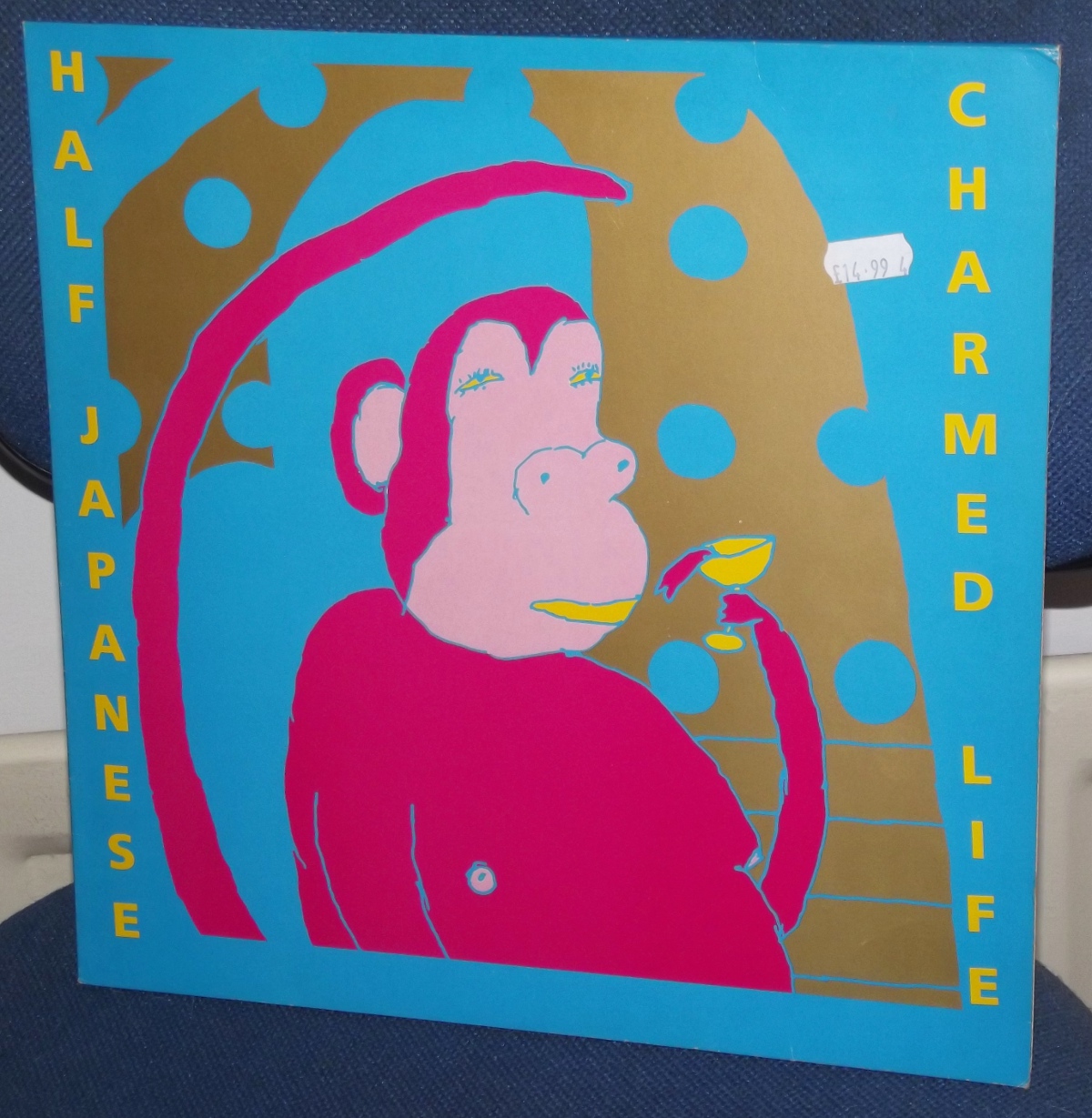 Here’s what I bought at my local independent record store to celebrate the day.

Half Japanese Charmed Life (NO MAN’S LAND NML 8815). 21 songs from Jad Fair with Mark Jickling and Don Fleming who was also playing in B.A.L.L. and Velvet Monkeys around this time (1988). Was also released in the US on 50 Skidillion Watts, but this is the European edition on the label which was also the German wing of the Recommended Records operation. This album is in primo shape and has the insert too. David Fair cover art printed in sumptuous full-strength process colours. This may not be from the “all-time classic” period of Half Japanese but as I recall from a cassette copy which someone made for me, it’s not half bad at all. Jad Fair’s voice just got more honest with time. It’s been a long time since I bought my copy of their 1980 box set 1/2 Gentlemen Not Beasts, which for me is their strongest and more primitive statement of raw, shrieking punk music music mixed with varispeeded guitar and drum tape experiments. The other thing I liked about that period was the fact that Jad and David mostly sang and played everything, giving their music a superb minimal lo-fi quality even when the volume control was bouncing in the red and a real home-made charm too. Which is why I used to grumble slightly when they became a proper “band” with drummers, bass player, keyboards and woodwinds. But it’s churlish to complain when you’ve got strong, punky and quirked-out players like this in your team, only adding to the shrill oomph and keening tones of Jad’s urgent crooning. Miracles happen every day. They really do.

Three volumes of Mindrocker, these anthologies of 1960s US punk rock garage bands produced on the Line Records label in Germany and compiled by Hans-Hermann Pohle. There seem to be about 11 volumes in the whole run. Wish me luck finding the rest. I’m one who cherishes the first ten volumes of Pebbles which I bought throughout the 1980s, and I remember seeing these Mindrocker items on the shelves about the same time, but their generic grey covers were a little off-putting. They still are. I realise it’s a blow-up of a paper inner sleeve but it fails to pass on the required dose of sexiness which ought to make a record-collecting perv light up like a Christmas tree. The orderly layout and plain typesetting of the back covers doesn’t help either. I feel like I’m reading a medical chart of a patient in some clinic or hospital. Very sterile. Let’s hope we find some decent examples of snarling and snotty greasy teen-punk in the grooves. Certainly some promising band names on here, including a goodly array of names that are new to me, not that I’m truly a scholar of the genre. I vaguely remember some of the experts complaining about Pebbles and the French Eva Records compilations, because they were shabbily presented and didn’t amount to much more than bootlegs taken from needle-drops of rare singles. How captious can these collectors be? Personally, my Eva comps of The Moving Sidewalks and Kenny & The Kasuals are among my favourite records, and the grungy sound quality of both only adds to my enjoyment. So I’m anticipating a similar buzz from the diligent work of Herr Pohle when I spin these long-players.

Happy record store day to all!