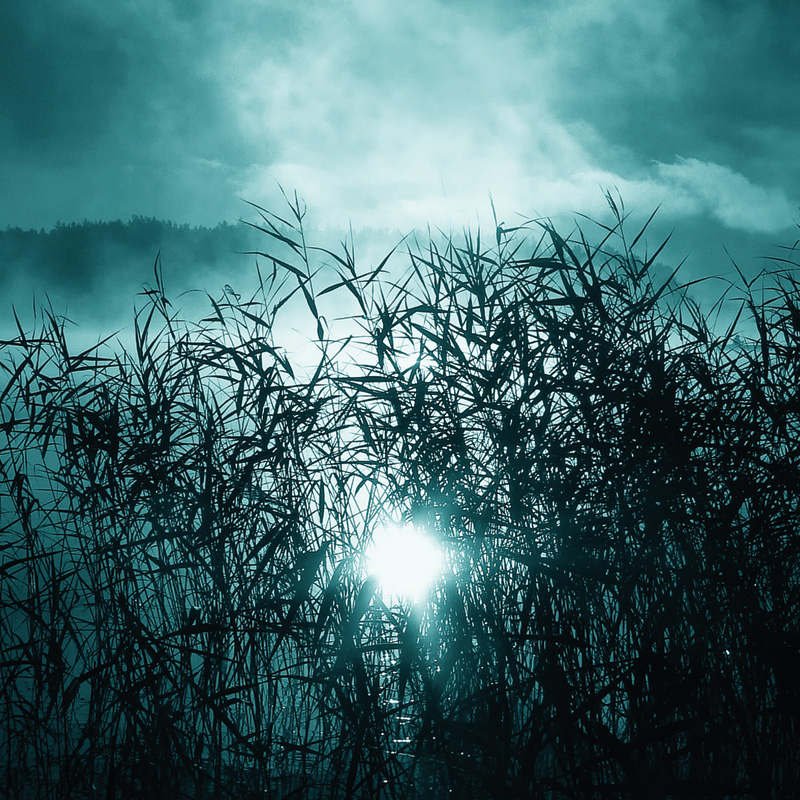 Third solo album for this musician / composer and apparently a major departure from previous work which was a mix of electro-acoustic instrumentation and power electronics, “Hypnos” is a wonderfully delirious and immersive work done entirely with electric guitars and synthesisers. This could very well end up on many people’s Top Ten Lists for 2012 and be regarded as one of Diaz de Leon’s best recordings. I find it hard to categorise this recording as it seems to be a mix of so many different influences and inspirations: there are many looped rhythms, a noisy hard edge, heavy distorted guitar tones, creepy synth sound effects, repetitive trance melodies and an epic doomy ambience running throughout all seven tracks. If there’s any act that comes close to what Diaz de Leon is doing here, it’d be Nadja when at its most inspired and original.

The album begins powerfully with “Oneirogen” which is at once bright, beautiful, shimmery and ethereal yet intense, unfolding like a giant flower that comes into bloom once every ten years to spread a heavy fragrance that quickly overpowers you and then disperses just as fast and teasingly. “Consumed” borrows from the sonic vocabulary of death metal to put on a heavy distorted, grinding act, a bit bombastic at times, but always menacing and slightly on the hysterical side, like a heavier, grimmer and more disciplined version of Gnaw Their Tongues. “Hypnocaust” takes the menace to another level, one more deranged as pulsing UFOs start taking off and landing, and space-ships spurt glowing radioactive gloops of hot light while a processed guitar burps and erupts with rumble.

“Cinerum” is a subdued piece, murky and mysterious, soothing sometimes but not all that serene in spite of the presence of what sounds like warm orchestral strings and a deep reassuring bass. “Faithless” stutters along with a heavy electronic rhythm while all around shimmer washes in and out and high-pitched drones scream overhead. The track pauses briefly and all of a sudden ghostly voices that might have come from an Njiqahdda album invade the ravaged music landscape and briefly turn the space inside your head into an utterly wrecked wasteland.

“Kukulcan” appears much influenced by black metal with sheets of ambient tremolo guitar haze falling over a grinding bass drone. Somehow I’m reminded of Wolves of the Throne Room though their music probably isn’t that much like the track here; it must be a feeling of majesty here that brings that Cascadian band to mind. By way of conclusion, “Dissolution” revisits “Oneirogen” as though Diaz de Leon has reined in his naughty children and is resetting his course to take us away on another amazing music journey; yet the track seems darker and subdued, as if in realisation that amazing music journeys can be perilous and can put your sanity on the line.

Well here’s one listener who’s prepared to put her sanity on the line again and again and again … this CD has barely left my player since I got it. It will be hard for Diaz de Leon to top this one and maybe he shouldn’t even try. This recording is one exhilarating voyage through some very heavy and mesmerising soundscapes.