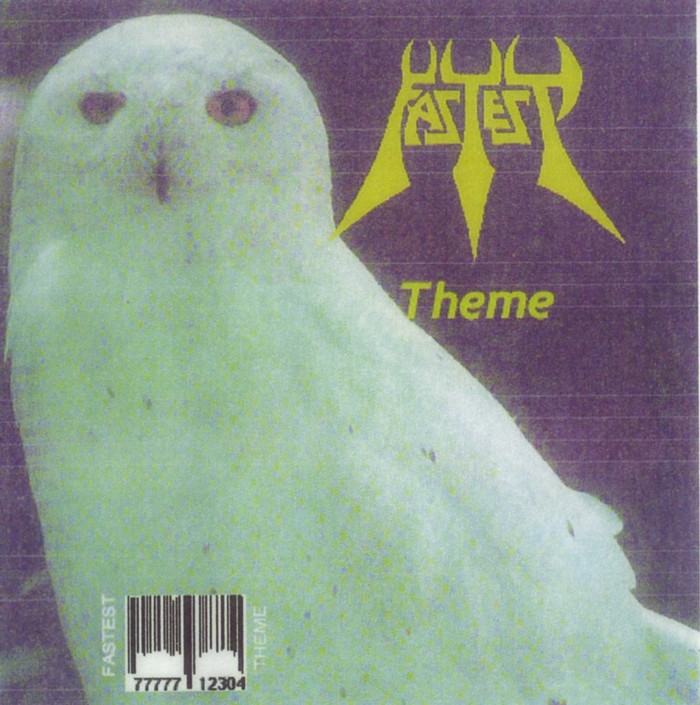 Now and again it’s my pleasure to chat about some real outsider music from people who leave albums and EPs at record shops like Aquarius Records as if these were abandoned waifs in search of a good home. Such a foundling is Fastest’s “Theme” album and very individual and eccentric it is too, like that Keuhkot album I reviewed some years ago, with an eclectic array of influences and styles informing each and every song. The title track sets the tone for the other ten songs: quirky yet smooth synth melodies embellished with sometimes jerky and always unusual rhythm loops, the lot punctuated by breaks in the music or unexpected changes of key and all featuring a whispery hushed spoken vocal. Something akin to tropicalia ambience is often present.

Electroacoustic effects, ambient field recordings, synth pop melodies, some almost funky rhythms, a faint bluesy tinge and that smoky spoken vocal reminiscent of Keuhkot’s voice at times (though never haranguing like the Finn) combine to create a very singular record indeed. Individual songs are not very distinctive but together might form a unique point of view on aspects of life. The outlook seems sane and matter-of-fact, maybe a bit too much so: there are hardly any emotional ups and downs here and if you had to compare this album to a ride at Luna Park, it’d be more akin to the Ferris wheel ride than to the latest rollercoaster. Later tracks seem darker and more serious than earlier songs but that’s about the extent of linear progress in the album.

An interesting album of out-there melodic pop pastiche crying out for a good home and promising a fair amount of joy for would-be adoptive music collectors.